Tomica started as a brand of scale models of Japanese cars for the Japanese market. But in the early 1970s, the brand expanded worldwide, and soon, Tomica 1/64 cars represented many European and North American models. Here’s a brief history of their production and expansion during the decade. By the way, Tomica designed their cars to be roughly the same size and stamped the actual scale on the chassis of each. We use “1/64” as shorthand for cars of about that size.

Tomica models made since 1970 by the TOMY Kogyo Co of Katsuka in Tokyo, Japan. The scale is about 1/60 or 2 ½ “inches long to fit a standard box size, similar to Matchbox or Hot Wheels diecast). 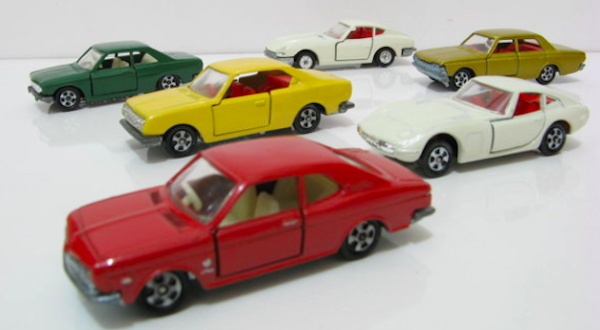 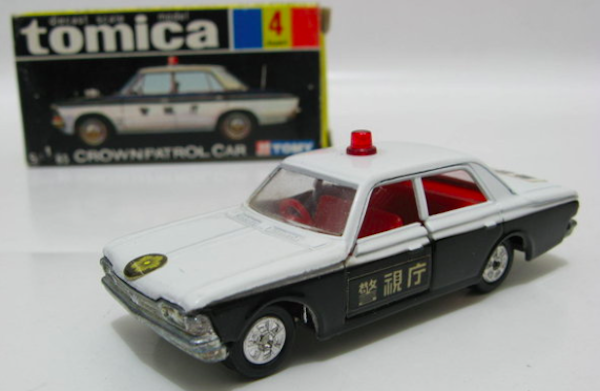 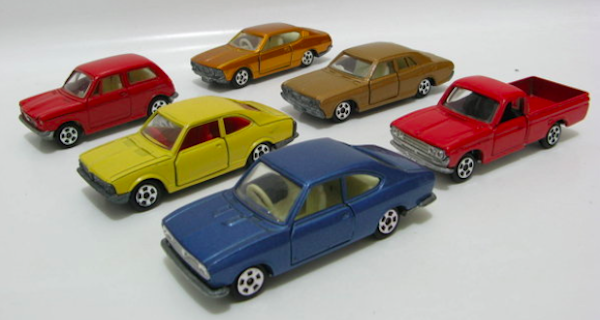 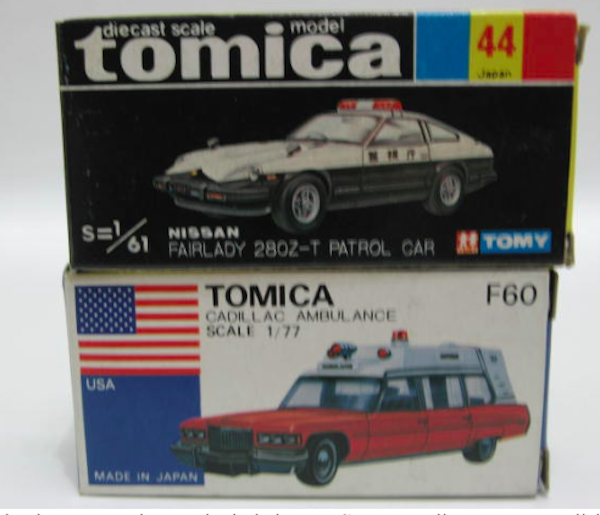 Until 1988 there were 114 models of foreign car and 297 models of Japanese cars. By then, most of Tomica’s diecast models were made in China. But Japan still produced a few models. 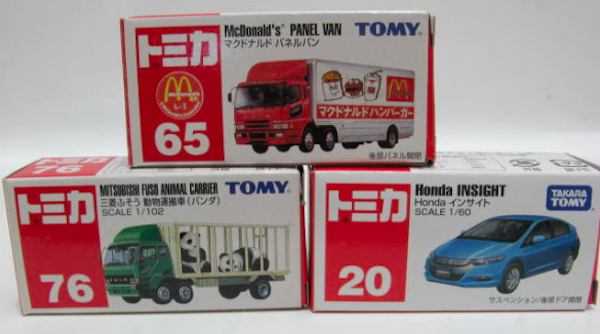 At 2000 Tomica has celebrated 30 years of diecast. They produced reissue from the old models, with different boxes.

In 2000, Tomica reissued some original designs in retro packaging.

In 2009 Tomica moved production to Vietnam, with a new logo “TAKARA TOMY”.

Tomica made cars under other names for toys shops, Ikeda ( Nissan Bluebird SSS coupe made in japan)

Besides colors and tampos designs, there are many variants of Tomica models:

The original wheels from Tomica are called 1A wheels (japan production)

The original wheels from Tomica are called 1A wheels (japan production) 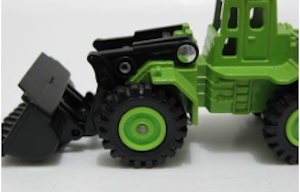 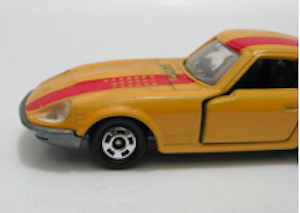 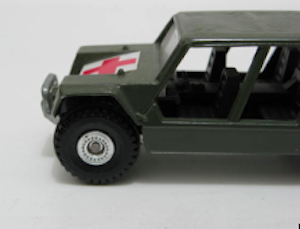 This Lamborghini Cheetah has 15A wheels.

Some variations include emergency lights (Cadillac) and sirens (Toyota Crown)

Variaints of the Toyota Landcruiser by Tomica 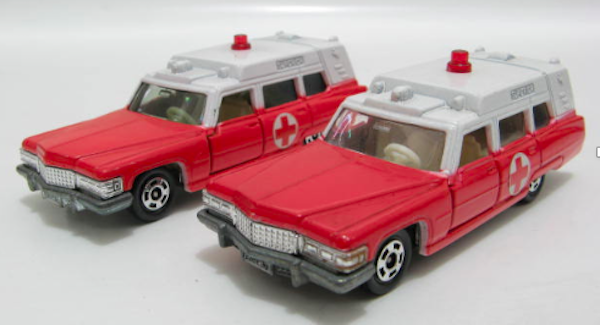 Tomica made cars under other names for toys shops, Ikeda (Nissan Bluebird SSS coupe made in Japan) 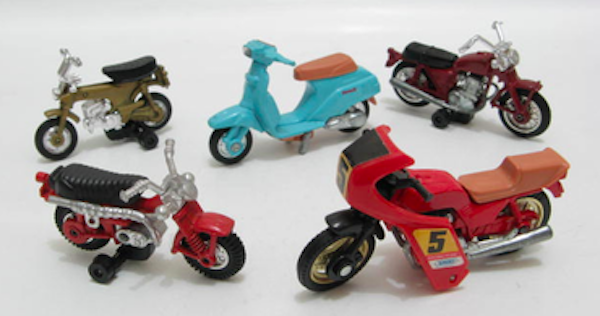 As of today, Tomica has produced over one thousand models of car and over million variations.