1976 Apple Computer Sells Close to $1 Million… What Did We Toss Out?

Values of rarities are only perceived figures and are subjective to the beholder. Only two people have to have this perception, the buyer and the seller. At a recent auction, both parties were apparently pleased at the price for a 1976 Apple computer at almost a million bucks. 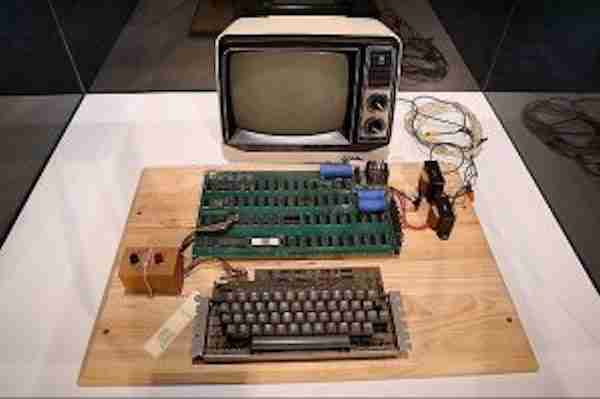 Bonham’s groundbreaking History of Science Auction held in New York in 2015. Offered were 288 lots including items ranging from 18th-century pocket globes to the ilk of 20th-century tech.

The star of the show was a motherboard retaining a label reading, “Apple Computer 1 / Palo Alto, Ca. Copyright 1976”. Let’s face it, not a pretty object, but historically very significant in the digital world. The bottom line is when the bidding ended and the dust settled, Apple 1 sold for an astonishing $905,000.

Will Vintage Computers/ Video Games be the Next Antique?

There is a definite surge in the collecting of old computer equipment and early video games, as well as video game consoles. MAkes you wonder what he threw out in the 1970s. Tossing out obsolete items is nothing new, and actually part of the puzzle that makes something collectible. We connect with different sorts of things depending on our place in time. Generally people who used early computers and played video games early on couldn’t wait to get the latest and rid of the passé’ clunkers. As time moves on, some of us relate to these objects from the ‘good old days” and become enamored with our previously disregarded Atari or Commodore 64 (fill in the blank).

A laptop Bill Clinton used to send an email to astronaut John Glenn in 1998 sold for $60,000. This is only the beginning, there will be more auction records set as time goes on.

Can a Discarded Computer Save Your Life?

In an unrelated recent story, the short answer is, yes. Just a few years ago a Siberian man was at a local dump scavenging for scrap metal to sell, at the same time a large bear was also scavenging for food. As their paths crossed and the bear attacked him. The unnamed man picked up an old discarded computer and bashed the bear on the head with it, sending the tech-challenged bear fleeing.

It’s never a good idea to hoard, but if you have something unique, yet outdated in the tech world, think twice before making it become landfill. If you are not lucky enough to watch it go up in value, you still may be able to ward off a hungry bear or two with it.