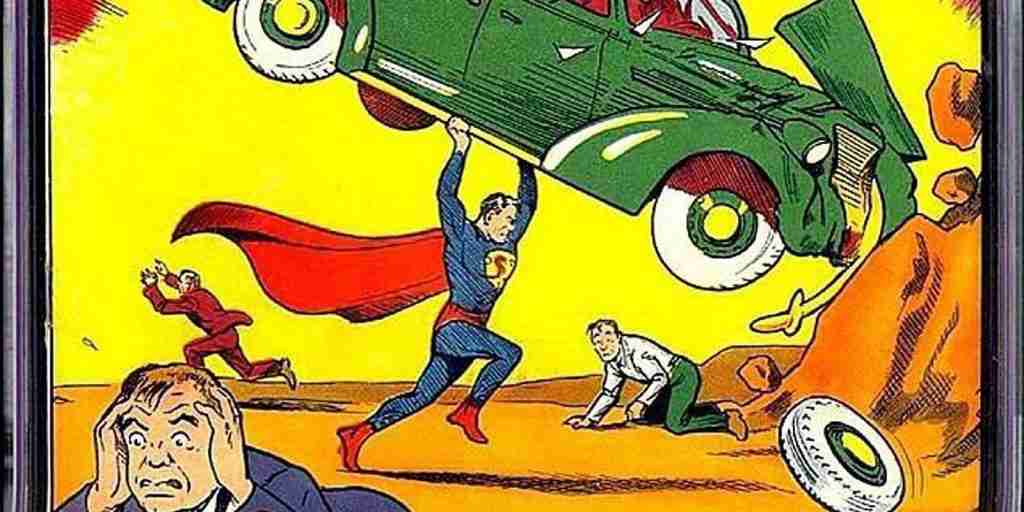 David Gonzalez purchased a fixer-upper home for only $10,100 in Elbow Lake, Minnesota in 2014.  Gonzales began to make some necessary upgrades to the dated home. He demolished a wall in the house, he was shocked to find a first edition of Action Comics.  This incredibly rare comic book was used, along with newspaper, as insulation in the walls of the old home. Can you imagine putting an Action Comics #1 comic book behind a wall as insulation! We know people couldn’t dream of the value that one little comic book would be worth, but today it hurts our souls a little just thinking about it!

Gonzalez removed the well intact comic book from the demolished wall.  Then, an interaction between Gonzalez and his wife’s aunt resulted in a tear down the back cover (this kills the man).  The comic book went from a grading of 3.0, down to a 1.0 grading within seconds. Still, even with a 1.0 CGC score, this rare comic is worth big bucks.

Although the original rating of the comic book was only a 3.0 grading on a 10-point scale, the 2-point downgrade was significant.  Stephen Fishler, co-owner of comics auction house, ComicConnet, explained, “That was a $75,000 tear.”  Even though that tear reduced the value of the comic book by $75,000, Gonzalez was still about to sell the No. 1 Action Comics for $175,000.

This comic book is so valuable, because of its rarity.  This is the very first issue of Action Comics, printed in 1938.  This issue contains the debut of the one and only, comic book titan, Superman.  Even though this copy was nowhere near mint condition, for a comic book found in a wall, it sure sold for a super ammount!