Everyone at hobbyDB was saddened to hear of the passing of three classic actors over the last month; Christopher Lee, Dick Van Patten and Patrick Macnee. So we thought what better way to pay tribute than by sharing some collectibles!

Still the quintessential Dracula almost 40 years after his last appearance in the role, Christopher Lee, who passed away aged 93 on June 7, also appeared in the fan-favorite Lord of the Rings series and the 1974 James Bond film The Man With The Golden Gun. Here’s The James Bond Car Collection model of the Oleg Cassini Edition AMC Matador Coupe Lee drove (and flew…) as Bond villain Francisco Scaramanga, complete with figures of Lee and costar Herve Villechaize as Nick-Nack. The boot/trunk doesn’t open so we don’t know if Mary Goodnight (Britt Ekland) is in there too! 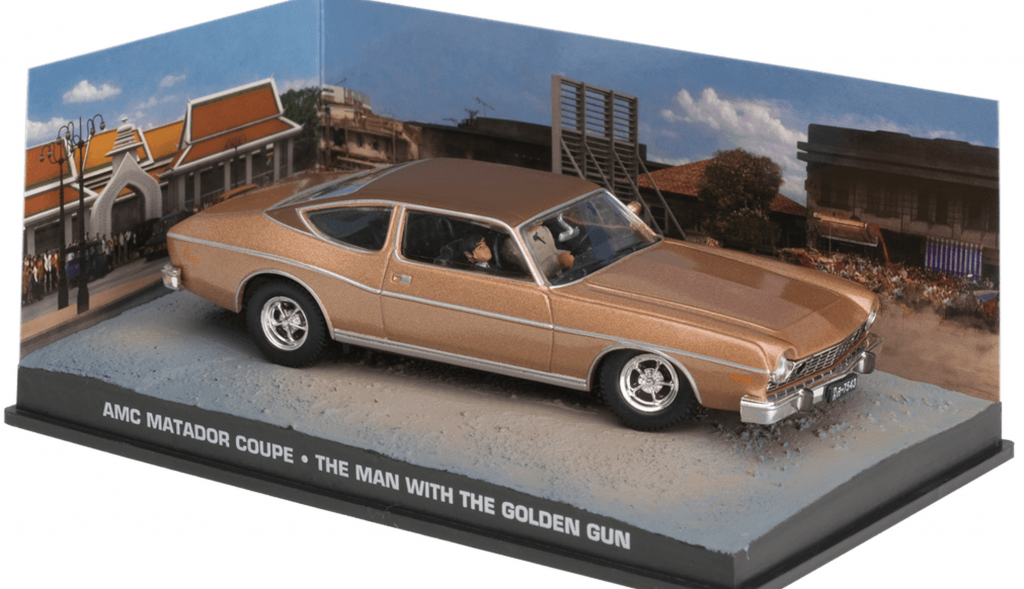 Dick Van Patten, who passed away aged 86 on June 23, is still best remembered for the classic 1977-81 ABC TV series Eight is Enough where he played patriarch Tom Bradford, father to eight offspring. The show got off to a troubled start when Star Wars star Mark Hamill, set to play eldest son David, was severely injured in a car accident shortly before shooting began and had to be replaced by Grant Goodeve, but it rapidly became a family viewing favorite. We were quite surprised that we couldn’t find an Eight is Enough tie-in lunch box to post, but we did find this classic 1977 TV Guide print ad announcing the series premiere; 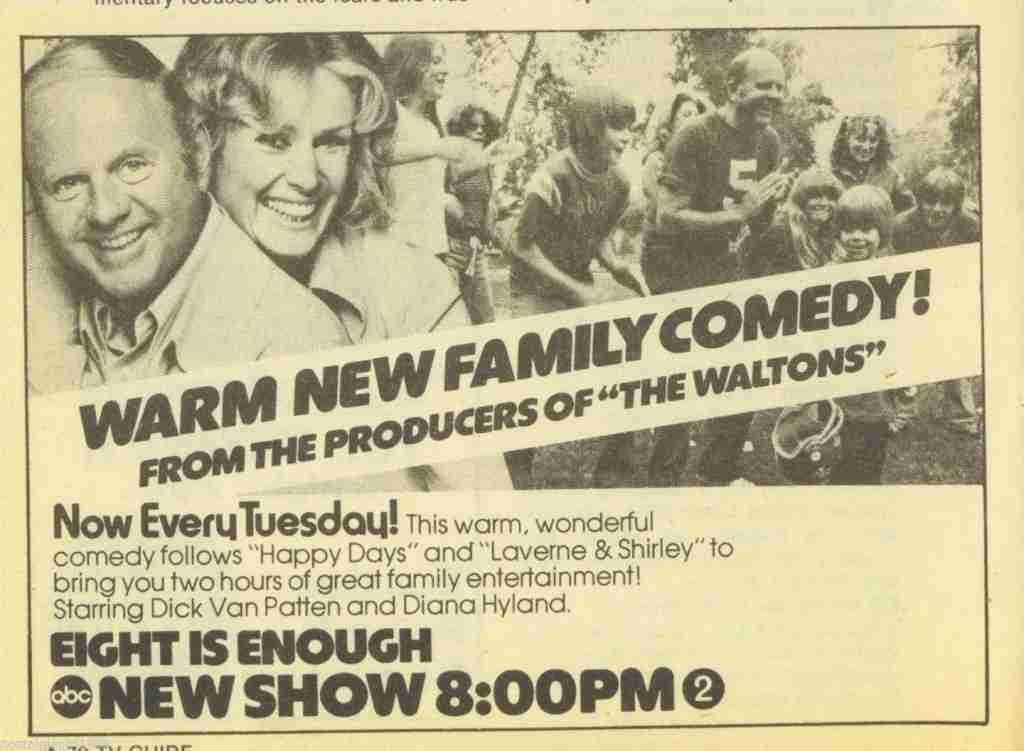 While he made hundreds of film and TV appearances in shows like Battelstar Galactica and movies like A View to a Kill, Patrick Macnee, 93, who passed away on June 25, will forever be remembered as British gentleman spy John Steed of The Avengers (1961-69) and The New Avengers (1976-7). Starting out as a raincoated spy sidekick to amateur detective Dr. David Keel (Ian Hendry), Steed was revamped into the star of the show when it was reimagined for its second season. Now outfitted in stylish suits and always with bowler hat and umbrella to hand, Steed was paired with a succession of groundbreaking buttkicking female partners, Catherine Gale (Honor Blackman), Emma Peel (Diana Rigg) and Tara King (Linda Thorson). Outrageous and surreal, The Avengers ended in 1969 with Steed and Tara blasted into space. They must have come back down to earth, however, since the show was revived seven years later as The New Avengers with Steed now assisted by Gareth Hunt as Mike Gambit and Joanna Lumley as Purdey.

The Avengers saw a plethora of tie-in collectibles produced, everything from paperback books to replicas of Emma Peel’s mod outfits. One of the best remembered, however, is the Corgi gift set featuring Steed’s Bentley, Emma’s Lotus Elan plus figures of the two and three of Steed’s umbrellas! The New Avengers would also spawn plenty of collectibles, including a model of Steed’s Jaguar XJ6 Coupe, one of the last Dinky Toys planned for release, of which only a few were produced, making it also one of the rarest

Do you have any collectibles that tie in with any of these shows or actors, why not add them to hobbyDB? And if we don’t have a type category that covers whatever you have yet, just let us know in the comments!

As long as we are discussing Mr. Macnee’s long and vaerid career, we mustn’t forget his appearance in The Return of The Man From UNCLE, and his non-appearance appearance in The Avengers movie.(as an aside, there is a Steed and Mrs. Peel comic book on the stands now, written by Grant Morrison).Whether it was bad or good, Mr. Macnee is always a class act, on screen and off.Happy Birthday, Mr. Macnee. You’re needed. 🙂