To Open or Not to Open? That is the Question

What you see in this photo is either a crime against collecting or a strike in favor of treating toys like, well, toys. This 1968 Hot Wheels Custom El Dorado was  recently “liberated” from its original blister by the owner. Finding one of these cars in good condition is fairly rare; finding one in the package is the holy grail. 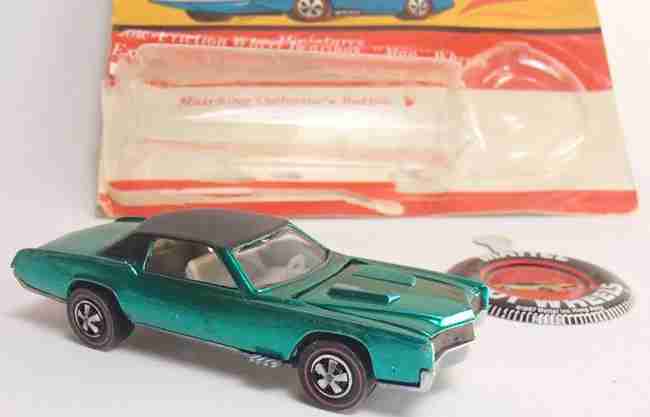 Part of the reason that vintage Hot Wheels are so valuable today is that to kids of that era, “collect them all” meant to obtain one of each, open them up, and play with them. Run them down that orange track, crash them together, bury them in the sandbox. The memories are real and the number of perfect copies are truly limited now. We didn’t buy them as investments, but some of them turned out that way.

With modern Hot Wheels, I often buy two of a car I like… one to open, and one to keep in the package. In fact, for the one I plan to open, I try to find an example with a cracked blister or a bent, creased card as if I am rescuing it from a far worse fate. (On a couple of occasions, I even got a discount!)

The question is, at what point is something old enough or rare enough that removing it from the package is an act of insanity? Or another way to look at it: How damaged must the packaging be before it’s not even worth keeping? Or: How valuable must a collectible be that the condition or existence of the packaging almost doesn’t matter?

A close look at the El Dorado in question shows that even in its plastic cocoon, the silver and red on the tires rubbed off quite a bit. And maybe the collector had a better carded version anyway. Either way, it’s his collection and he can do what he pleases.

If you saw “Toy Story 2,” a pivotal point of the film was whether vintage toys should be played with until they disintegrate or be placed on a shelf, forever preserved but sadly, eerily alone and still. In the end, *SPOILER ALERT* Woody and Buzz and gang decide it would be worth it to live on as playthings. One of the ironies of the “Toy Story 2” debate is that many action figures were produced from the movie, and there’s a good chance many collectors preserved theirs in the box.

So, what’s the oldest/rarest sealed diecast vehicle you have ever opened up? Let us know in the comments!

Although I recognize the value of collector items still in the package, there is no way a toy car is staying in the package at my house. The 7 year old has very strong feelings about letting the toys out to play.