In 1962, Issue #15 of the monthly comic book anthology Amazing Fantasy introduced the world to Spider-Man, an awkward teenager who struggled as much with adolescence as he did with fighting crime. It sold for 12¢. 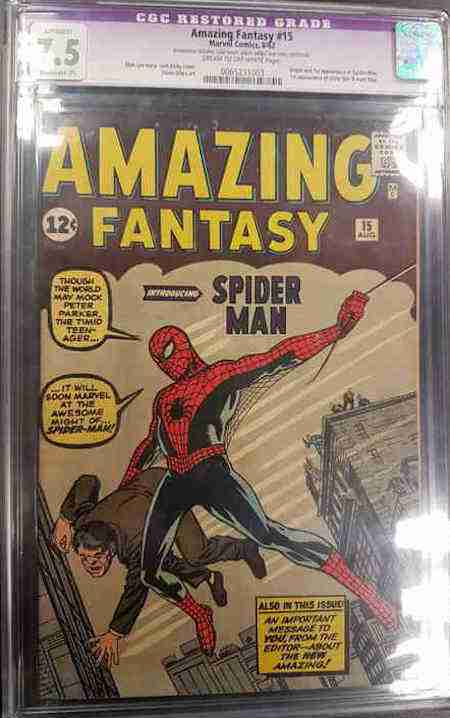 Since Amazing Fantasy #15 would be the final issue of the series, the editors decided to take a risk by featuring such an unconventional hero on their cover, unaware that Spider-Man’s success would legendarily add to a revival of Amazing Fantasy years later. However, even if Amazing Fantasy’s editors were unsure of how Spider-Man would resonate with audiences, no one can deny how legendary this comic is today.

So, what is it about Spider-Man’s first comic that makes it such a holy grail for collectors? If collectibles are only worth what collectors are willing to pay, what is it about Amazing Fantasy #15 that has continually driven its price to hundreds of thousands of dollars in decent condition? The answer is surprisingly simple: Spidey is one of the most beloved superheroes of all time, and the crazy prices for Amazing Fantasy #15 are a direct representation of just how much he means to all of us.

In the so-called “Silver Age of Comic Books” (roughly 1956 to 1970), Spider-Man was a breath of fresh air for the superhero genre. While most heroes of this time tended to be impossibly strong crime fighters with an unwavering sense of justice, Spider-Man was something of an antithesis of the established superhero tropes. Peter Parker, the boy under the suit, was awkward, insecure, and didn’t necessarily carry a solid moral compass. In fact, in his inaugural appearance in Amazing Fantasy #15, he in no way sees his power as a call to justice, and instead decides to “only look out for number one.” This leads him to search for fame and fortune by showcasing his powers in wrestling matches and photoshoots, and at one point he actually refuses to stop a petty criminal at an officer’s behest. It is only after his Uncle Ben – one of the few people he genuinely cares about – is shot and killed by that same criminal that Spider-Man transforms into a crime-fighting hero. Spider-Man’s story does not end happily in Amazing Fantasy #15, but instead lingers on a forlorn Parker, and the narrator introduces the moral lesson that would define the story of Spider-Man for years to come: “With great power there must also come — great responsibility!” 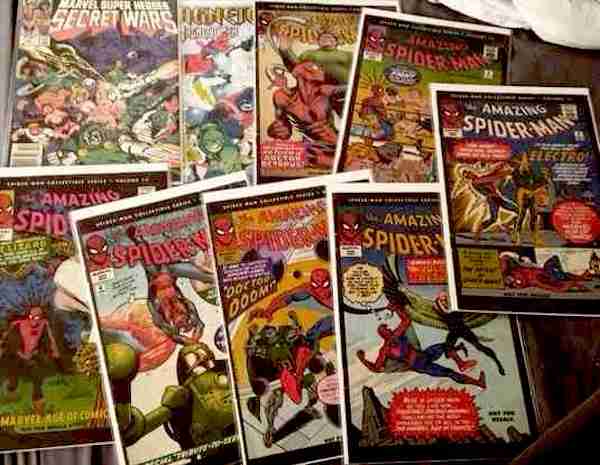 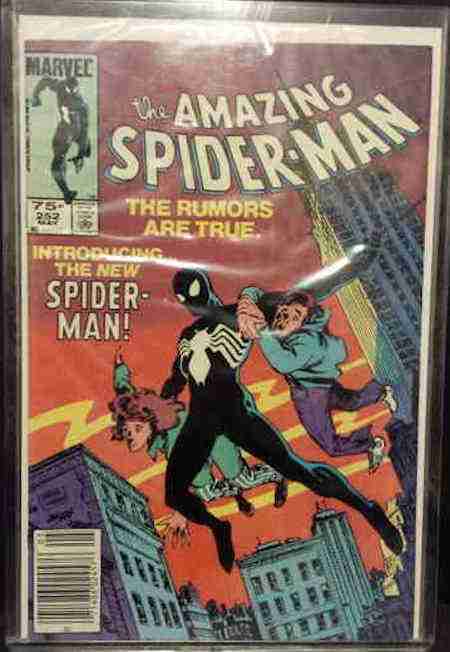 Spider-Man’s origin is replete with a karmic irony that would be expected of a villain of the “Silver Age,” or possibly a sidekick. Additionally, Parker’s reaction to his powers remains so utterly and undoubtedly human that audiences can’t help but relate. You don’t have to be a “nerd” to know what it’s like to get blown off by the person you liked in High School, and who wouldn’t want to keep living a comfortable life after being blessed with superpowers? Spider-Man was willing to tap into these topics, allowing us all to see a little bit of ourselves in the boy under the spider costume. The decision to make Parker search for atonement rather than follow the conventional heroic stereotype of only “doing what’s right” was a risky, yet bold editorial choice that ultimately paid off in spades for the Amazing Fantasy creators.

Needless to say, the complexity of the story was not lost on readers at the time. Spider-Man quickly found favor with comic book readers, and only a few years later did Spider-Man become one of Marvel’s most commercially successful heroes. In many ways, Spider-Man’s uniquely successful narrative paved the way for other trendsetting comics to shake up the superhero genre years later. More than anything else, he felt like a superhero for the everyman, and his success was a direct reflection of that. Both hardcore comic book fanatics and casual comic book readers can look at Parker and say “he’s one of us.” 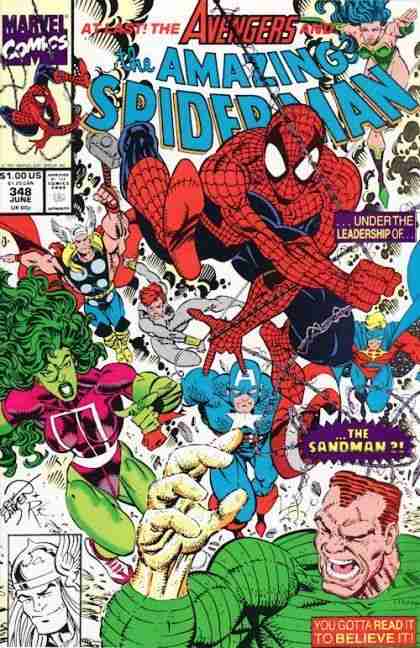 Moreover, it doesn’t hurt that Spider-Man was created by an all-star cast of writers and artists. Amazing Fantasy boasts the talents of Jack Kirby, Don Heck, and Steve Ditko, and Spider-Man was written by none other than the legendary Stan Lee. In fact, Amazing Fantasy acted as the catalyst for the “Marvel Method” style of comic book creation: The writer (Lee in this case) would hand the artists (Kirby, Heck, or Ditko) a plot synopsis from which to create the entire comic, and then the book was given back to the writer to add dialog. The historical significance of the entire series makes Amazing Fantasy #15 an incredible collectible, even without regard to Spider-Man’s popularity.

As time progressed, Spider-Man continued to be rebooted and reinvented for newer audiences. The 1960s Spider-Man cartoon popularized a campier version of the iconic hero with a wisecrack ready for every situation, which would persist in numerous future iterations of the hero. In fact, with all the different ways that Spider-Man has been reimagined – comics reboots, or any of the major movie adaptations – anyone can find some element in this iconic hero to which they can relate. This perhaps explains why Spider-Man is the most collected comic book hero of all time (yes, even more than Batman and Superman).

Regardless of the amount Spider-Man has impacted each individual, it impossible to deny how much he’s impacted the world. Spider-Man’s face has been plastered onto lunch boxes, action figures, and even bed sheets for over 50 years now, and still, somehow, we’re not sick of the web-slinger yet! Both older comic book collectors and young kids alike continue to be enthralled with Spider-Man as a character. As long as we continue to hold Peter Parker’s story close to our hearts, we anticipate he’ll keep doing whatever a spider can for many years to come.