Have you seen the movie “Truth” starring Robert Redford as TV anchorman Dan Rather? It’s about a case in which CBS aired a story concerning old documents that allegedly showed then President George W. Bush to be a substandard soldier when he was younger. But the letters proved to be fake, done in by inconsistencies in how the letters of a particular typewriter font lined up optically, instead of in exact columns. See, when analyzing typography—

Wait! Don’t run away! We swear this is of interest to collectors!

Whew! Anyway, a similar situation has been discovered in the world of Hot Wheels. People have been creating fairly accurate and believable replicas of the packaging for rare, older Hot Wheels vehicles. And the bogus packages are good… but only so good.

With a bit of sleuthing, you can learn to see the difference in material quality, color tones, type spacing, even individual letter shapes that don’t match the original. The inconsistencies can be tiny, but knowing how to spot them will prevent you from spending a lot of money on a fake.

Derek Reusser of Teenycarz.com created this handy chart showing how to spot the detail differences in at least one particular forgery. (You can scroll down for larger versions).  Memorize it, or better yet, print it out and carry it with you when you go to the flea market or antique store. You can avoid costly mistakes by dotting your “i”s and crossing your “t”s. 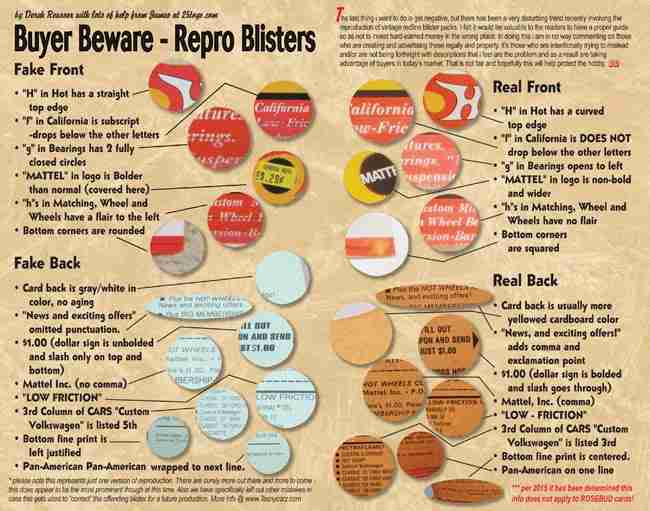 Here are the counterfeit packaging details… 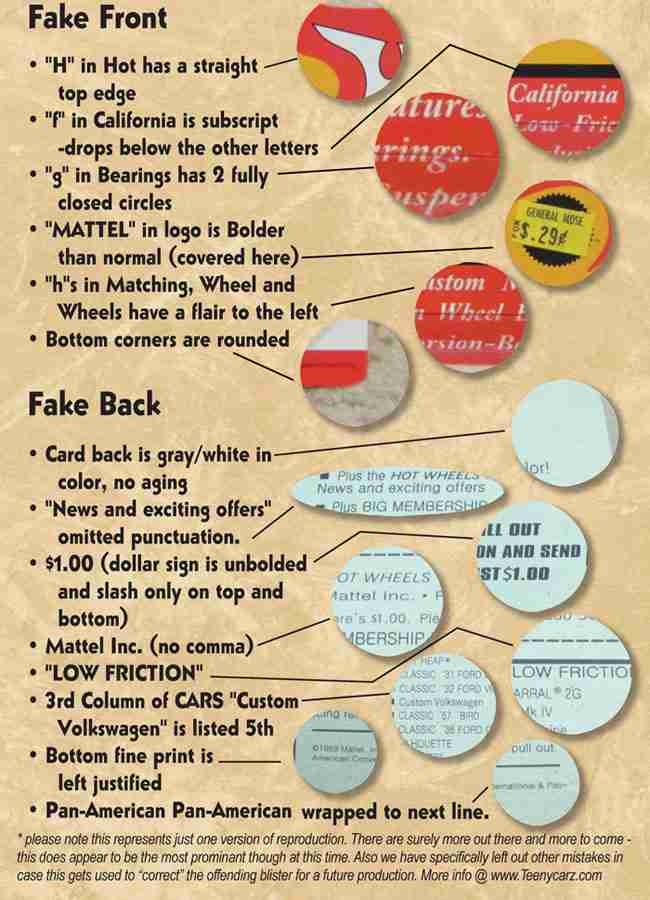 And here are the authentic details. 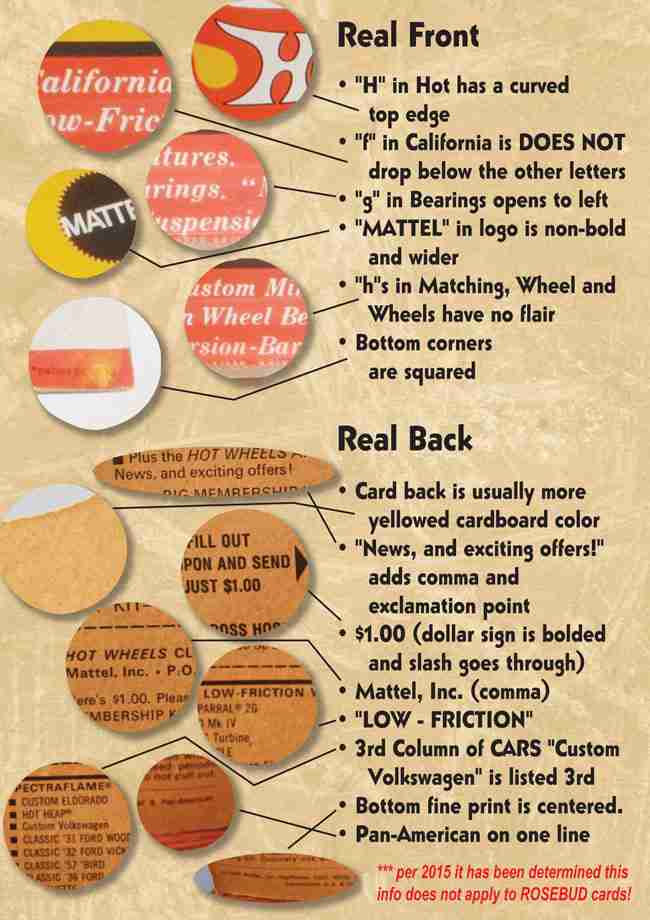 Thank you writing the informative article and including Mr. Reusser’s definitive artwork.  Armed with the information, I will view vintage redline cards from a new perspective, which will help me make more informed purchase decisions.