With Star Wars: The Force Awakens finally upon us, there has never been a better time to celebrate the rarest Star Wars action figures. 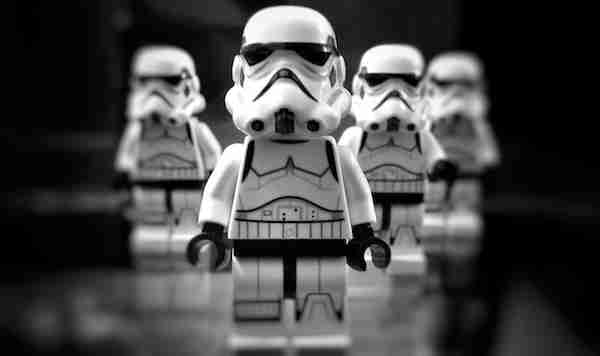 In fact, collectors owe a lot to the Star Wars fan base. Ever since A New Hope was released in 1977, Star Wars fans have helped build the franchise into the empire it is today. Just as the movies became a fixture in pop culture, so too have fans made collectible toys a sought after commodity by Jedis and Padawans alike. Even people with minimal knowledge of Star Wars are aware of how valuable its mint-condition toys can be, and “collector series” figures have been produced that cater to both kids and adults. Even if collectors have enjoyed collecting since the creation of stamps, Star Wars helped balloon the hobby into the phenomenon it is today.

With almost 40 years of merchandise under its belt, the following are some of the rarest collectibles that have been produced under the Star Wars brand. 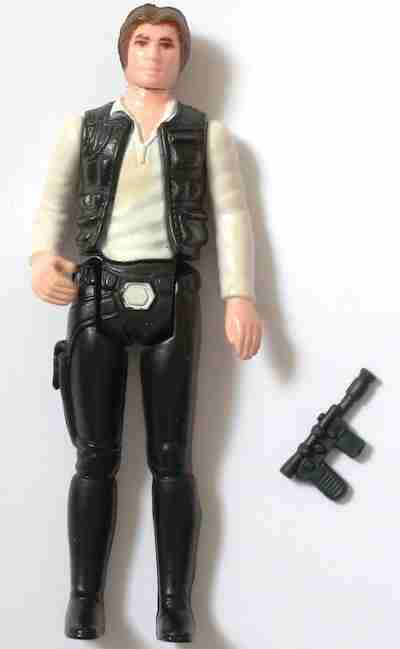 Here’s a shocker: one of the oldest Star Wars toys is among the most valuable in the franchise. However, there’s more to the story than that. The 1978 Kenner toy was re-released to feature a larger, more realistic head, so the original toy with the smaller head had limited distribution. If you were lucky enough to snag one of these and have kept it in good condition, it can sell for over $1,000. 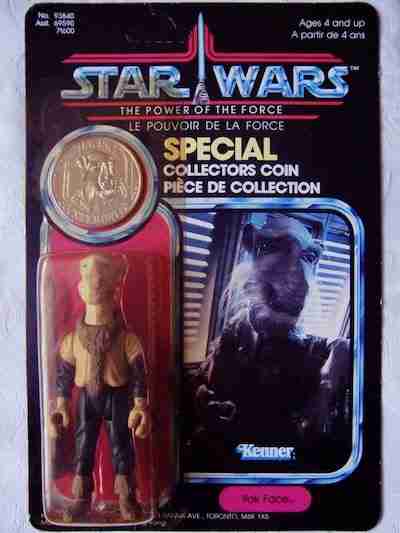 Everyone remembers all the classic characters from the original Star Wars movies. Luke Skywalker, Darth Vader, Yak Face… yeah, Yak Face. You know, that unforgettable Yarkoran who briefly appeared in Return of the Jedi? What Star Wars fan doesn’t remember Yak Face!? Okay, in all seriousness, the confused look you’re probably making explains why this one was so rare. Officially named “Saelt-Marae” in the Star Wars canon, the Yak Face toy line was prematurely shut down due to slumping sales. It’s said that the excess figures were shipped to Canada and Europe, so naturally the rarity of the figure in the United States skyrocketed. Like Han Solo, the unfortunately named figure is worth over $1,000 in good condition. 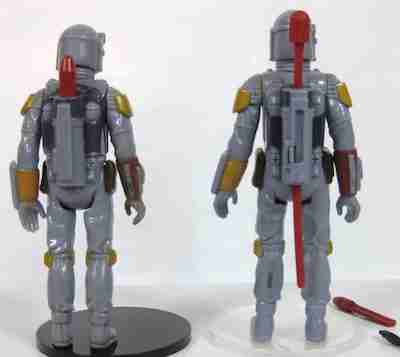 Boba Fett is so deadly, the universe was afraid of him before he even appeared in a movie. Prior to the release of The Empire Strikes Back, the Kenner toy company produced this Boba Fett figure during a promotional campaign. However, because the rocket blaster he came with was deemed a choking hazard, the toy was delayed and modified with the blasting functionality removed. One of the original versions of the toy can go for over $2000, and a mint condition version of the figure has gone for as high as $27,000. 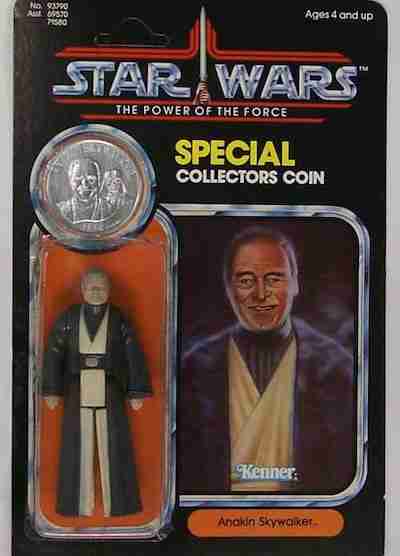 7: Power of the Force Anakin Skywalker

If you remember a time when Hayden Christensen wasn’t the face of Anakin Skywalker, then we have the collectible for you. As one of the last figures released in the Power of the Force line, Anakin wasn’t very popular when the toy hit the shelves in the mid 80s. However, as Anakin became a key fixture in the series with the launch of the prequel trilogy, interest in the old figure increased exponentially. While fans may have ignored the toy a long time ago, Anakin is worth over $3,000 today. 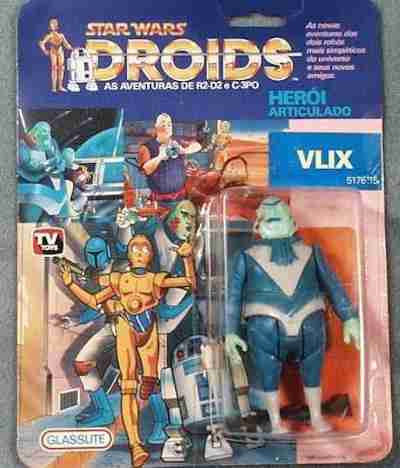 Vlix is a relic of the unfortunate Star Wars: Droids animated series, which didn’t even last a year after it aired. Fortunately for this esoteric alien, he would be renewed in the fanbase years later. Due to the poor run of the show, the Vlix figure was only released in Brazil by toy distributor Glasslite. Because of its extreme rarity and limited distribution, Vlix can be sold for over $4,000 in auction. 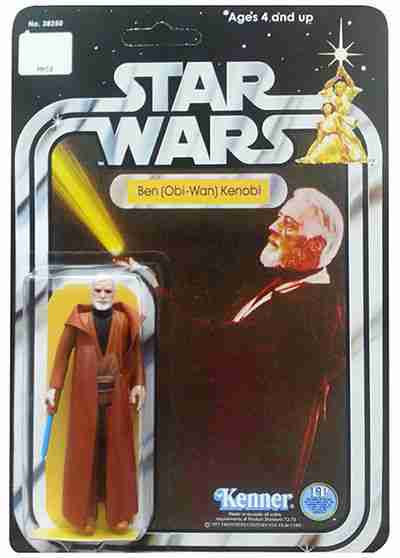 As another vintage toy from 1978, your only hope of obtaining this rare Obi-Wan Kenobi figure is to shell out thousands of dollars in auction. Obi-Wan Kenobi by himself may not break the bank, but the Double Telescoping Lightsaber he came with was both frail and hard to produce. The figure was recalled and replaced with a cheaper lightsaber, making the original instantly collectible. Expect to see this sell for over $6,000 in good condition. 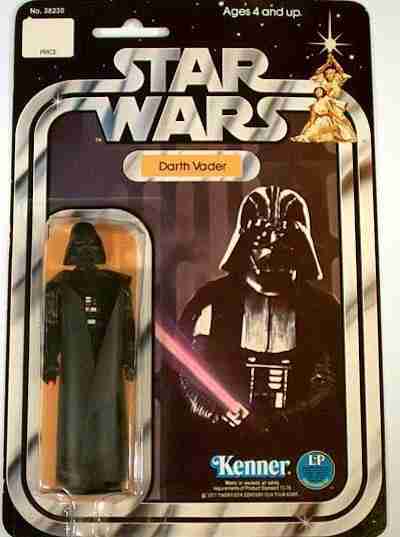 Don’t even think your collection will get easier to complete by going to the dark side. One moment you think you’re getting rare toys for cheaper, and next thing you know, you’re told you destroyed your collection in your anger. Darth Vader is rare for the same reasons the above Obi-Wan figure is, so expect to pay over $6,000 for this one. 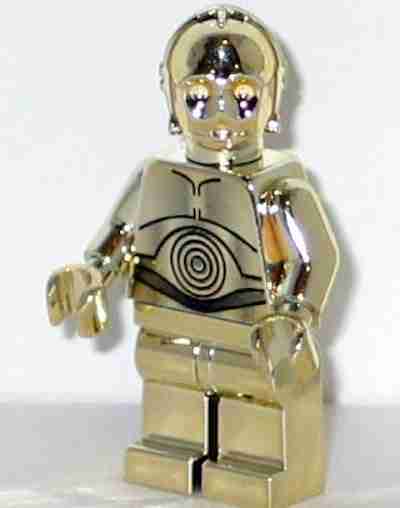 That’s right, Lego actually made a solid gold Minifigure, and you can only imagine how rare this one is.

Not to be confused with the gold plated Lego C-3PO, this 14-Karat Gold Minifigure was produced as part of a promotional sweepstakes in Lego Magazine. Only 5 of these toys were ever created, and tracking down where they wound up is no small feat. Being that the toy appeals to both Star Wars and Lego fans, this rarity can sell for anywhere between $10,000 – $15,000 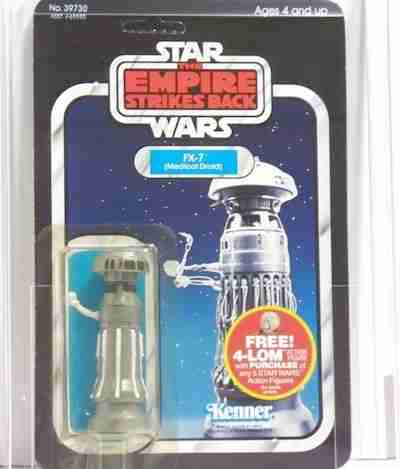 Beauty, as they say, is in the eye of the beholder. The same can be said for value, especially in the case of the FX-7 Medical Droid figure. This Palitoy drone was considered uncommon at best on the second-hand market, but then a mint condition version of the toy sold for a shocking $12,000 during an auction. Headlines lit up in the aftermath of the sale, and the market became by and large confused as to what this droid is really worth. Expect to drop a pretty penny if this is the droid you’re looking for, but we honestly can’t tell you what to expect for a steady price range. 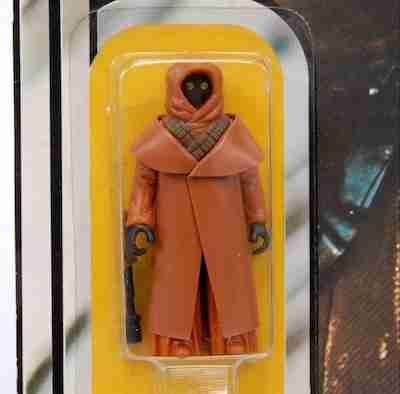 With all the major names in Star Wars that have appeared so far, it almost seems inappropriate that a mere Jawa would top off this list. Then again, it wouldn’t be the first time Star Wars let the most unexpected creatures take the spotlight. During the original run of the toys in 1978, it was decided that the vinyl cape should be replaced with a more sturdy cloth cape. As with many toys on the list, this made the original figures instantly collectible and worth thousands of dollars today in good condition. While many fake recreations of the vinyl cape Jawa can be found online, an authentic toy in mint condition is worth upwards of $18,000. This may be an unexpected holy grail among Star Wars collectibles, but we’re sure anyone who purchased one in 1978 wouldn’t complain!