One of George Barris‘ bigger custom projects is going up for auction, the mighty SuperVan. If you don’t remember the 1977 movie “SuperVan,” that’s okay… it was a largely forgettable film, starring nobody you remember. But the van itself… now that’s another story. 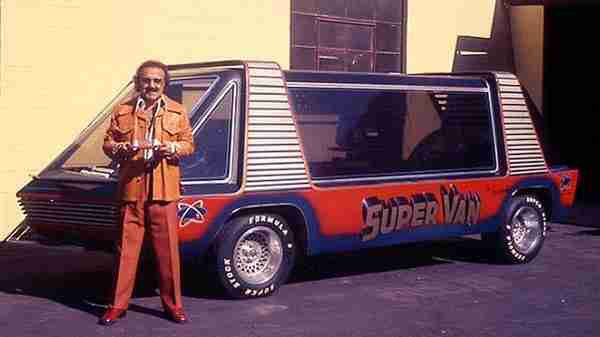 Barris started with a Dodge A-100 Tradesman van and made a few modifications… And by a few, we mean a lot. An entirely new body was crafted with giant, panoramic windows (including an opening windshield), solar panels and a huge ramp side door to give riders access to the interior. The folks at Dodge thought it was neat, but didn’t do much with it, and after a bit of time on the show circuit, it sort of vanished.

Then in 1977, director Lamar Card set out to make the ultimate disco vansploitation film and got ahold of it for his movie. (To be fair, he was also the executive producer of “Heart Like a Wheel,” a pretty good biopic about a really good drag racer, Shirley Muldowney… but we digress.) Anyway, the entire interior was done in red crushed velvet, starring a rotating bed with a disco ball, and a new, wild paint scheme was added. 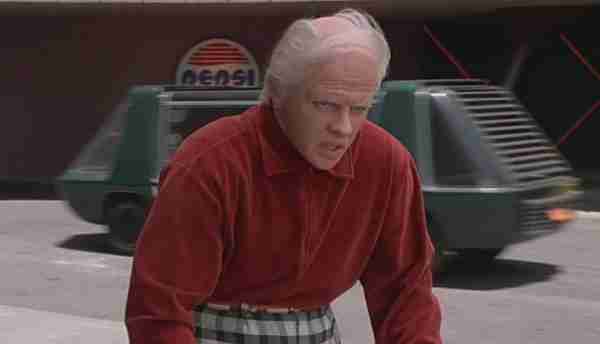 The van would appear in several other movies, including a cameo in “Back To The Future II” as a city bus (above). At least that was a pretty good movie. You can follow the auction at Barett-Jackson Auctions January 23-31, 2016. The photo below shows how it looks today.

Hot Wheels needs to release it as a Hot Wheels along with Shirley Muldowny’s Dragster and Funny nCar!