Mocking Up the Mach 5 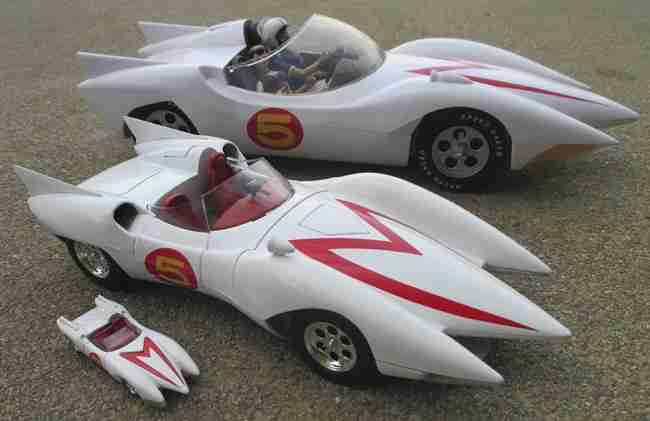 As diecast collectors, we seldom consider the amount of effort that goes into creating a miniature version of a real car, especially one with working features. Rolling wheels are a bare minimum, but when a vehicle also features opening doors and hood, working steering and even suspension, it’s really a miniature marvel of engineering that we often take for granted. But what if that car only existed as two-dimensional animation? How hard would it be to make a convincing 3-D replica? How about one with a lot of unique, imaginary working bits as well?

Let’s then take a moment to appreciate some of the models of the Mach 5 from the Speed Racer cartoon that have been released over the years. Until about 20 years ago, such replicas were few and far between—usually simple, small-scale plastic cars available mostly overseas. They were cute, but none of them fueled the imagination as much as they could have with functioning bits. After all, there are six buttons on the steering wheel of the Mach 5, fans know they all have a purpose! Thankfully, several later models addressed the gadgetry with different approaches. 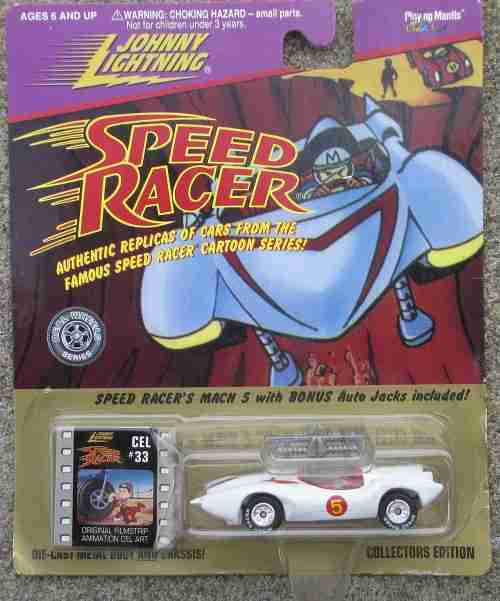 In 2000, Johnny Lightning retooled and released their second series of Speed Racer vehicles, with an even better detailed Mach 5, this time featuring different snap-on accessories in different packages. So if you dared take them out of the package, you could pose the car with saw blades extended and resting up high on the auto-jacks. Heck, the hood even flipped open to reveal the engine. Not bad considering the size! There was also a very limited edition of the car in bronze as the Mach 4. 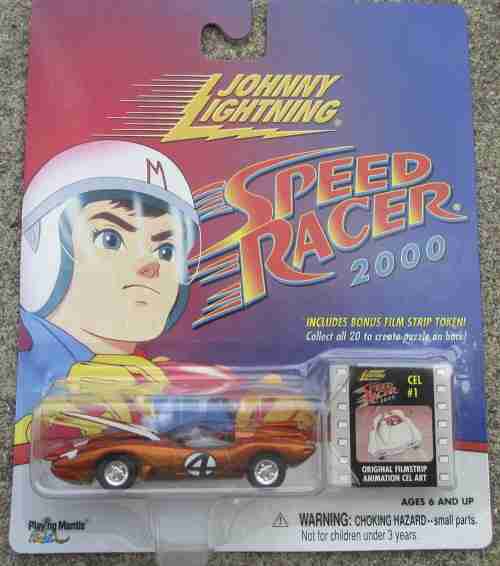 Shortly after that, a company called ReSaurus got really ambitious and created a large scale Mach 5 along with 6-inch action figures of Speed and the gang. Assuming Speed is about 6 feet tall, this car would be roughly 1:12 scale. In truth, it looks a bit bulky when he stands next to it, but you forgive that when you see the features. 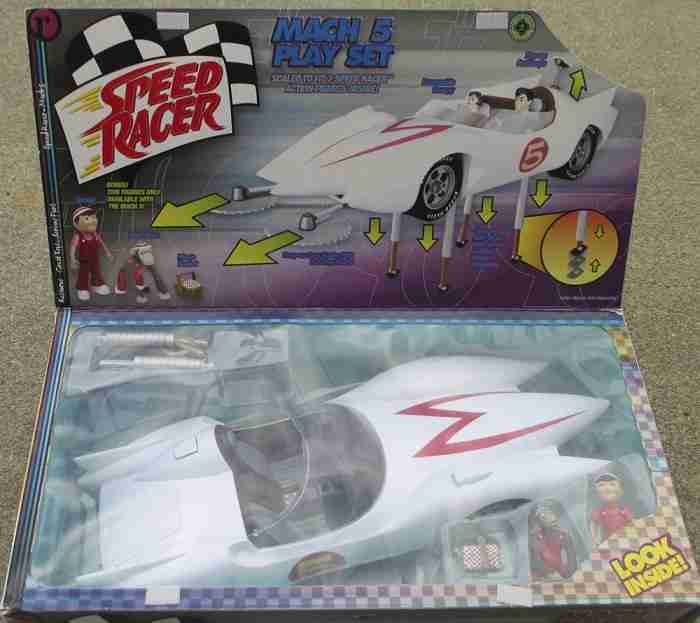 The car came beautifully packaged with snap on gadgets visible: Auto jacks (with springs), saw blades, bullet-proof/water proof canopy, pop-up periscope, and homing pigeon (but no opening hatch for the bird to hide in). That’s five out of the six buttons represented, which is pretty impressive. (Alas, bullet-proof belted tires are just not available in any scale). The hood didn’t open, but the trunk lid did, which anyone who watched the show would appreciate… this car came with figures of Spritle and Chim Chim as well as a picnic basket, all of which could fit comfortably in the trunk.

But the most impressive Mach 5 has to be the 1:18 scale version from American Muscle. The overall intricacy of detail is better than the ReSaurus model, which to be fair, was designed as a toy instead of a display piece. But instead of separate snap-on gadgets, the folks at Ertl managed to hide these elements within the car when not in use. 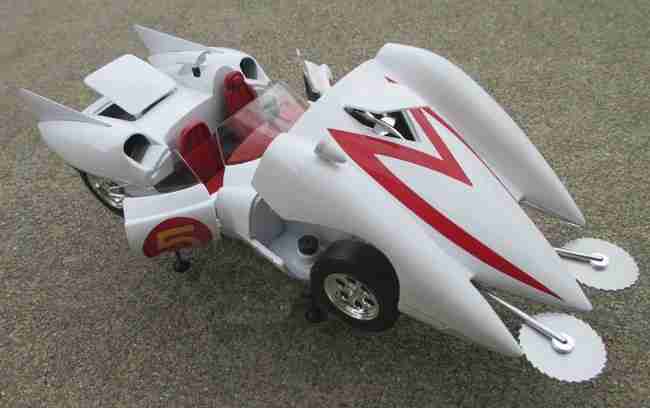 The auto jacks retract into the chassis, as do the saw blades. The periscope pops up, and the homing pigeon tucks into a hatch on the hood. There is no canopy, but other features make up for it… it has an opening trunk (early releases came with a Chim Chim figure, but he won’t quite fit in there), opening doors, working steering, and an opening bonnet. The entire front end flips open to reveal a 12-cylinder engine with some wiring, and exhaust pipes that extend to the convincingly detailed chassis.  Just like the real car… oh, wait.

Considering that there was no real version of this car to model the technical details after, the creators of all of these did a fantastic job bringing the Mach 5 to life. Now if someone could just get working on an affordable 1:1 replica, we could complete our collections!