It used to be that when we saw Hot Wheels cars sitting around, we thought about the good times we had crashing them mercilessly into each other off of bright orange ramps. Now we’re thinking a little differently, and after you read this list, you might be, too. Now you can tell your friends your giant collection of Hot Wheels isn’t just taking over a room in your house — it’s an investment portfolio waiting to be cashed in. Not all Hot Wheels are worth money, but if you happen to be lucky enough to have any of the rarest Hot Wheels cars, we have some good news. You could be rich! 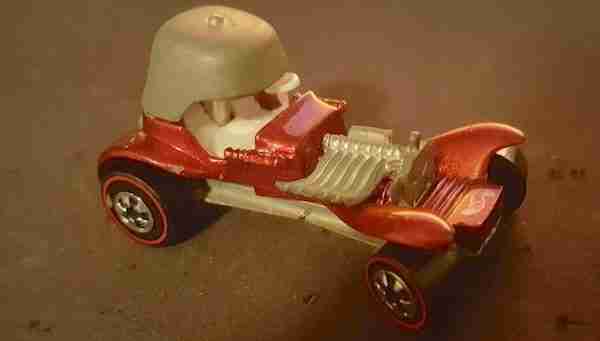 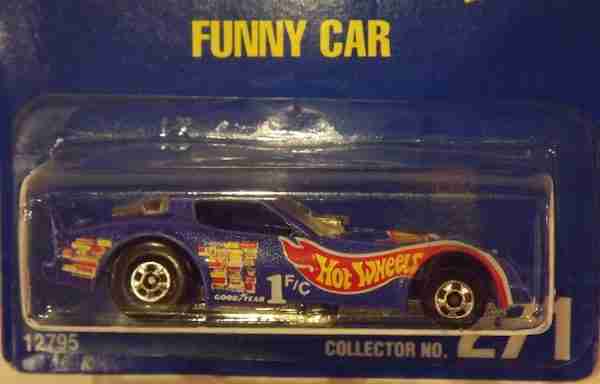 There are said to be only 12 of these cars in existence. There was an error in the printing, and given that cards are printed on sheets of 12, it’s believed the error only lasted for one sheet. The sheet is blue with a white number. The good news for you? Only six of them have been found carded. Which means if you happen to be digging through your stash and find one of these funny cars still on card? You could be looking at as much as $3,500!

The AMX was sold predominantly in America and was a fairly popular car — but that is not the version we are talking about. The Ed Shaver Custom AMX was only sold in the UK to mimic the drag-racer Ed Shaver and his Hot Wheels-sponsored car. The only difference between the American and the (much rarer) UK version is the stickers that were placed on the vehicle. This makes buying an actual UK version much harder. Care has to be taken to make sure the stickers are original and not some aftermarket addition. If you happen to have an original UK Ed Shaver Custom AMX in your position (with the real stickers), you could be holding as much as $4000 in your hands. 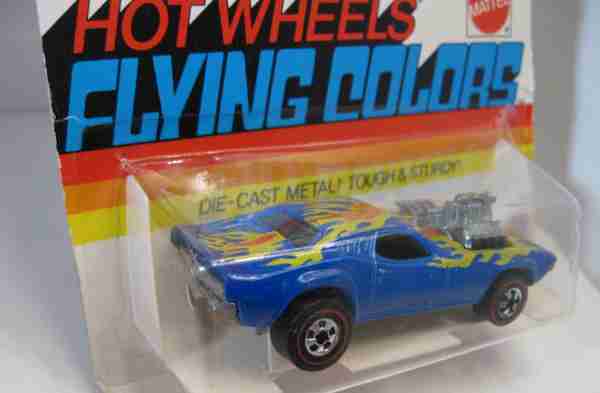 When we were researching this car in more depth, we found it strange that the Hot Wheels wiki doesn’t mention it in blue, but all other sources say this car is legit. The most common version of this rather scarce car comes in plum, and then is followed in rarity by the plum paint with a white interior. Both are pretty rare, but they don’t hold a candle to the blue version of this flaming die-cast monster. Sure, if it was a real car you would never be able to see over the engine, but as a Hot Wheels? This thing is stunning. If you happen to have the old school Blue Rodger Dodger? Well, the highest sale we know of was back in 2011. Someone spent an insane $8,000 to get their hands on a 1974 Blue Rodger Dodger on card. 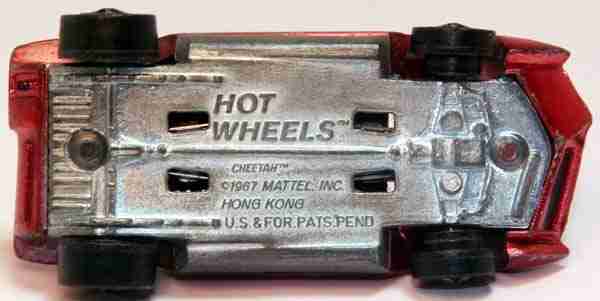 The first prints of the Python were very much a case of looking before you leap. The Python was one of the first Hot Wheels produced and in their haste, they didn’t secure the rights to the name “Cheetah” before they produced the cars. As it turns out, the name Cheetah was already in use, and Hot Wheels had to quickly pivot to the new (and more common) model name Python. The name Cheetah can be found on the bases of a rare few of the first printed Pythons, making them worth a monumental sum. Some of these Cheetah prototypes made it into the wild and people have found them among their collections. The Cheetah base Pythons were most often made in Hong Kong and can be worth up to an incredible $10,000!!! 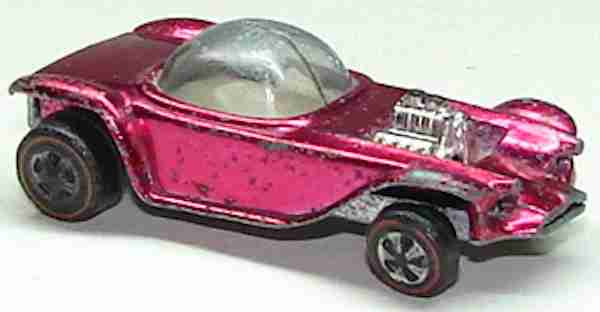 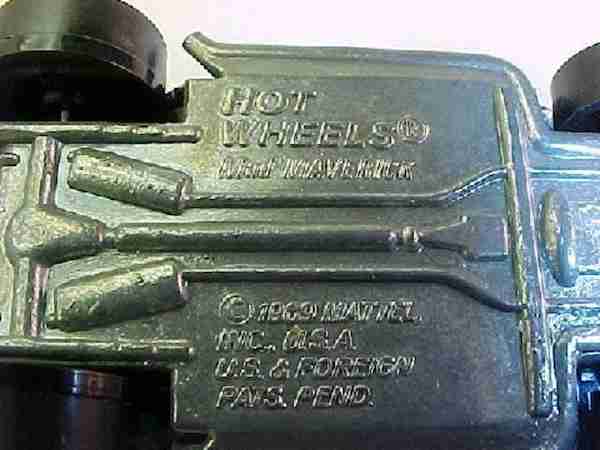 Another example of Hot Wheels looking before they leaped. This car is so rare and so valuable, it’s basically legendary. We do know they exist, as they have been found in collections. The problem — no one’s selling. Okay, a bit of history on this incredibly rare and coveted car. The “Mad Maverick” name was only used in the prototype and pre-production phase of the Mighty Maverick’s existence. The car was renamed to the Mighty Maverick because Johnny Lightning already made a Ford Maverick named the “Mad Maverick.” This forced Hot Wheels to change their car’s name to the Mighty Maverick. The newly named Mighty Maverick became a very popular car that was mass-produced, but the prototype base? Well, we have some rough news for you completionists out there — Only three are known to exist in the entire world. 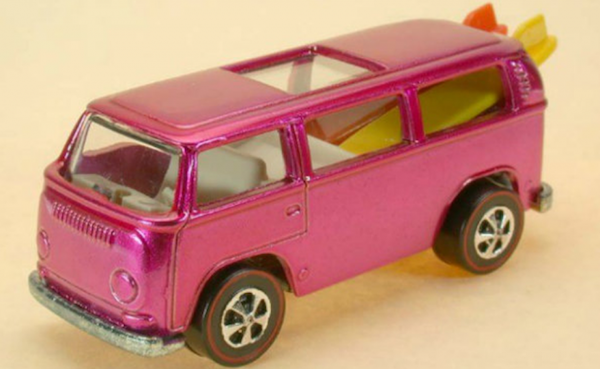 This Beach Bomb is also a prototype (are you sensing a theme here?). The Pink Rear-Loading Beach Bomb is another legendary car among collectors — primarily because there is only one known in existence. Sure there are rumors of a second model — but we think that it exists more in the hope and tears of obsessed collectors, not in reality. This prototype is most likely one of a kind.

The Beach Bomb was released, but it had one huge change. The mass-produced version has its surfboards stored in a side compartment, not loaded into the back of the van. This little change makes a giant difference in the value. A 1969 rare colored Volkswagen Beach Bomb sells for around $800 in 2018, but this prototype is valued at an insane $125,000!!! We doubt you have one because as we said, only one is known to exist.

Now you might disagree with us on the details, as this was never a production model. There was no opportunity to ever own this car. It was commissioned by Hot Wheels themselves as a 40th anniversary present to the company. We wish that someone would commission us a birthday present this valuable because Hot Wheels really outdid themselves. They made a car so rare, so valuable, and so sparkly, we could never bring ourselves to race it down a track — we might lose a diamond that way. It is one of the single most expensive die-cast cars ever made, and we can see why. The design was based on Otto Kuhni’s iconic but fictional car that graced the cards of the original Redline Hot Wheels cars.

This car was encrusted with 1,388 blue diamonds, 988 black diamonds, 319 white diamonds, 8 rubies, and is made out of 18K white gold. It took celebrity jeweler Jacob Arasheben 600 hours to assemble! The real kicker that sets this incredible, totally untouchable Hot Wheels apart? It cost Hot Wheels $140,000!!! With a price tag like that, and the fact only one was ever produced, you can’t deny the fact that it is the rarest Hot Wheels car ever.