Kidrobot’s vinyl toy collection includes a lot of items that can only be answered “If you don’t understand it, then butterscotch.” Of all the weird combinations of creatures and concepts, these toys make such a strange impression that they come full circle if you think about them long enough. In some cases, they might even change the way you see the world for better or for weirder.. 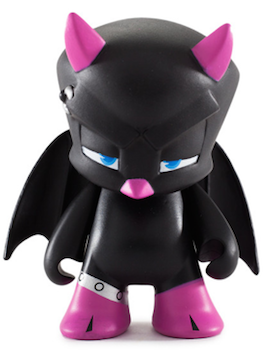 Tweety Bird always seemed like a pacifist cartoon character, using only his wits to kindly defeat Sylvester the Cat. According to this toy, he was also a vampire, which really flips that narrative on its ear. You’ll never watch Looney Tunes the same way again. 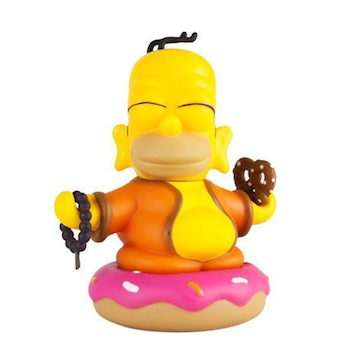 The idea of Homer Simpson as Buddha is kind of odd until you realize they have the same basic physique. 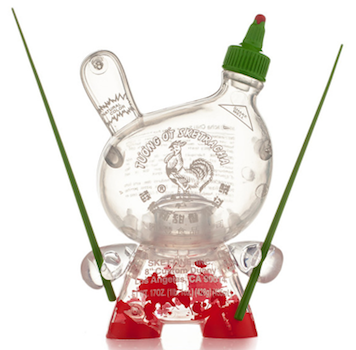 A Dunny is some sort of rabbit-like creature. Unless it’s made of glass and filled with hot sauce. Then it’s…. I dunno, delicious? The bigger question: Is it half empty or half full? 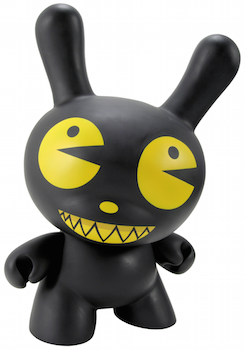 Remember when you used to play Pac Man and thought, “that character looks like an eyeball”? No? Well, apparently Dalek, the designer of this toy, did have that idea. And somehow it works. 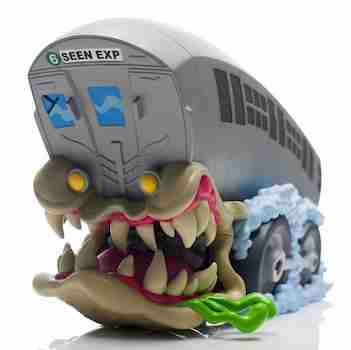 Many Kidrobot figures are inspired by graffiti art, so a subway car makes the perfect canvas. So why not make it a psychotic anthropomorphic hot rod while you’re at it? 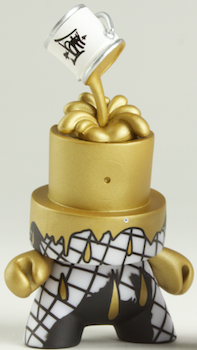 Speaking of graffiti related items, there have several figures of spray paint cans over the years, including the Fatcaps, which were based on just the nozzle. This one is subjected to a bucket of paint poured over its head, so the grafittist becomes the grafittee. 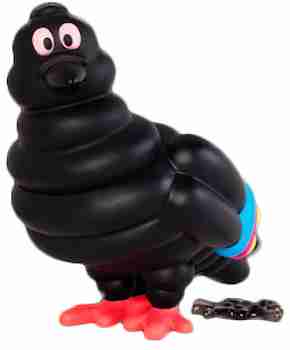 Imagine a world where everything looked like Bib, the bulbous mascot for Michelin tires. Now imagine what a pigeon would look like in that world. Actually, no need to imagine it, they’ve already done it for  you. 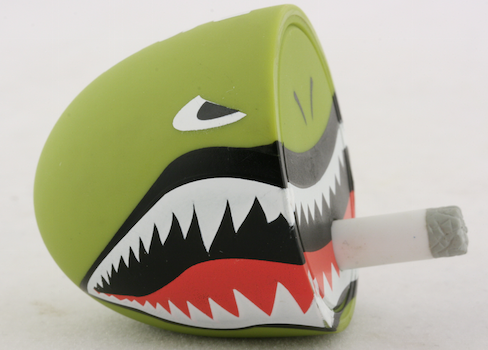 The Mongers series of toys featured things smoking cigarettes that shouldn’t be smoking them. Not because of health reasons or anything, but seriously, a half watermelon with a cigarette? Somehow, adding the Tiger Mouth fighter plane motif to it makes it badass enough to excuse such behavior.

Speaking of things that shouldn’t smoke, a cigarette smoking another tiny cigarette is almost cannibalistic. Which somehow makes sense, right? The Filter Kings version of Smokey wears a crown. Because of course. 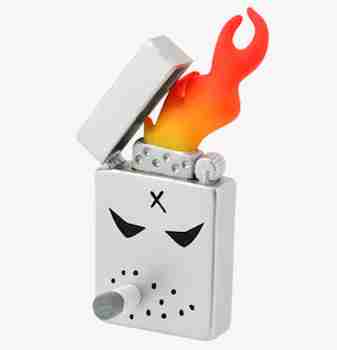 And then there’s Howie… can someone explain how a lighter can light its own smokes? Do we really need to answer that for you?

Of course, the world of Kidrobot is populated with countless more marriages of odd concepts that work despite all common sense. Add your favorites in the comments below. You can see the official online archive of everything Kidrobot related on hobbyDB.com.