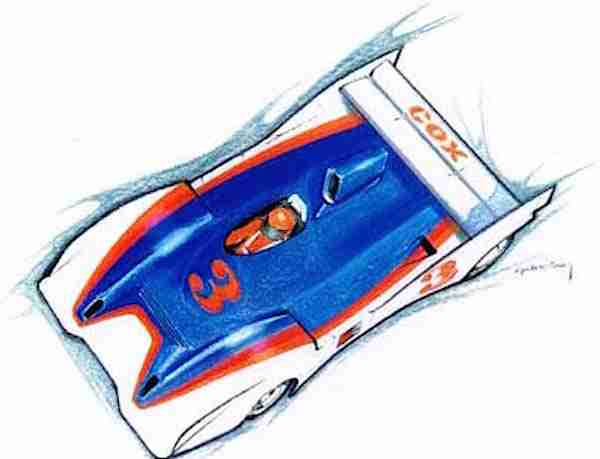 In 1973, I was by Cox Toys, the famous Santa Ana based toy maker. They had read my little “exploits” on the period magazines, building neat pro-racing slot cars and winning big events with them, so they contacted me and I accepted their offer. They needed someone knowledgeable to sort out the mess they inherited from Leisure Dynamics Inc, the parent company that had dumped the old Eldon slot car program upon them.

This was one of the most enjoyable jobs I ever had, basically being in a toy shop designing the toys and generally having a ball. LeRoy Cox was no longer the company owner but he still owned the large building on Warner Ave., and he would visit time to time, and this is when I met him. A delightful man who gave me a Cox Chaparral 2E toy, that I still have, and had it signed by Phil Hill 2 years before his untimely death.

First, I revised the Eldon track, designed new smaller cars featuring the first traction magnets ever placed on a slot car to enhance down force. Eight models were produced, all using the same basic chassis. 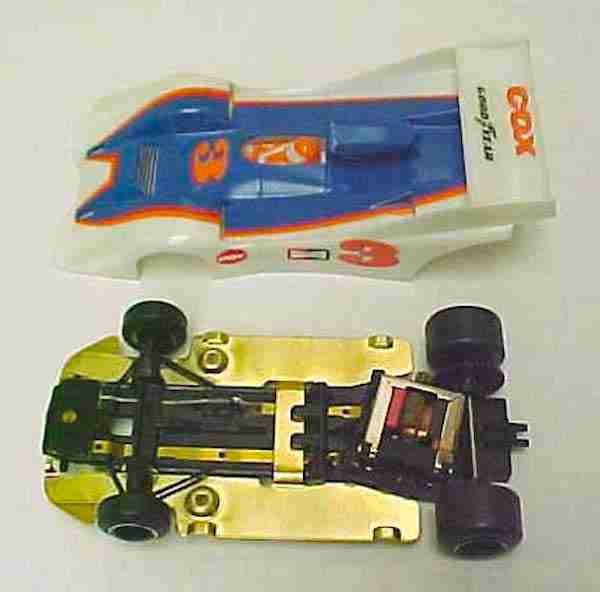 The new chassis was patterned after the professional slot cars I had built and raced in 1971-1972, using a two-piece chassis design with a floating, zinc plated steel pan. There were no flexible lead wires, I used instead some brass ribbons that applied contact to the motor when this was snapped into place.

Two of the new bodies cars were of my own design, Can-Am models inspired by the vacuum formed bodies I devised for pro racing. The original graphic design is seen at left. The traction magnet was fitted in a pocket under the rear axle. The body was mounted on the chassis using side clips, allowing prompt removal for  mechanical maintenance.