In their earliest days, Lego offered some car models that were really well designed and detailed… that’s because they weren’t kits and didn’t include the familiar bumpy studs on the roof. 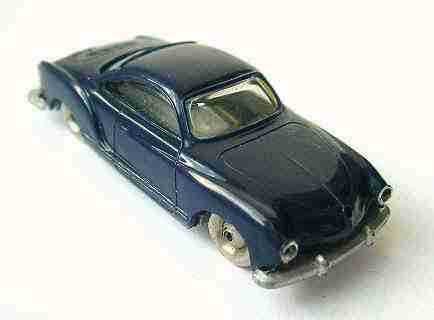 No, the first Lego sets were city building sets and some included European cars like this nifty Volkswagen Karmann Ghia. It’s cleanly detailed, though lacking a lot of technical aspects. Also, it wasn’t a kit.

Regardless, such pieces are pretty valuable, but modern sets are catching up quickly in price. In fact, they’re catching up to the real car in terms of technical merit and price. Take this latest Lego set for example, the Porsche 911 GT3 RS. 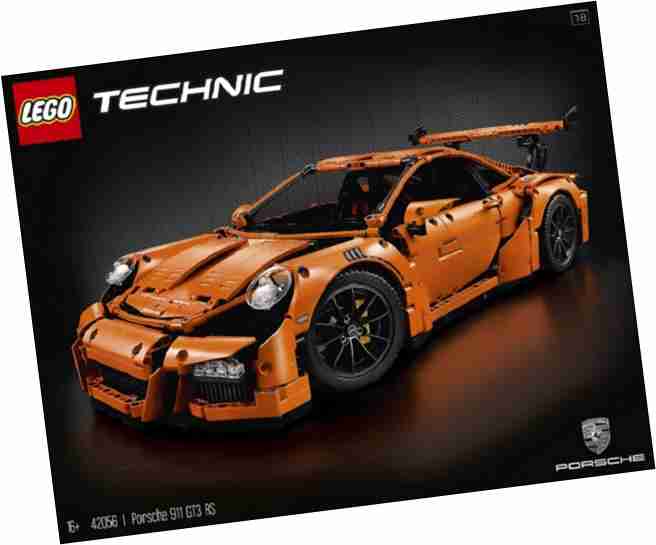 Over the past few years, Lego has created some incredibly detailed large scale models aimed at adult brick building enthusiasts. Recent offerings have included iconic rides as the original Mini Cooper and the Volkswagen Bus. These kits included an amazing plethora of working parts and incredible detail, while still adhering to the bumpy but charming compromises of working in studded bricks. And they weren’t cheap.

Nevertheless, their newest kit really raises the bar to a new level. in 2015, Lego first showed teaser photos of a Porsche 911 in black and white camouflage similar to the design used by real auto manufacturers. The hype surrounding the design has finally come to fruition. Lego’s New Porsche 911 GT3 RS (set 42056) provides everything you need to create a model of the car, complete with functioning suspension, steering, doors, hood, and the entire drive train. Despite all the rounded contours, there are only a handful of bespoke pieces for this set. Everything else is right out of the standard Lego parts bin.

Well, calling the parts “standard” doesn’t do it justice. The multi speed gearbox is shifted from paddles on the steering column, just like the real car. Each shift changes the relative speed of the cylinders, so you can roll the car along and gear up as you go. 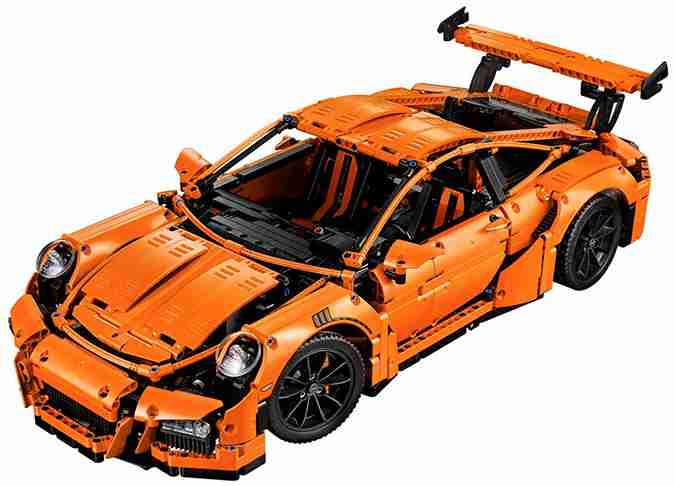 One other custom piece is the license plate, which is laser engraved with an individual serial number for each car. You can register yours online and unlock special content specific to your own car along the way. The set includes over 2,700 pieces and a very thick instruction manual that covers the history and manufacturing of the real car to go along with your building. Pricing sounds expensive at $300, but most Lego sets clock in at around ten cents per brick, so this car is not too out of line.

Here’s a video of a Lego engineer demonstrating some of the finer points of this car. Like the real one, you’d better hurry up and get one before they’re gone. 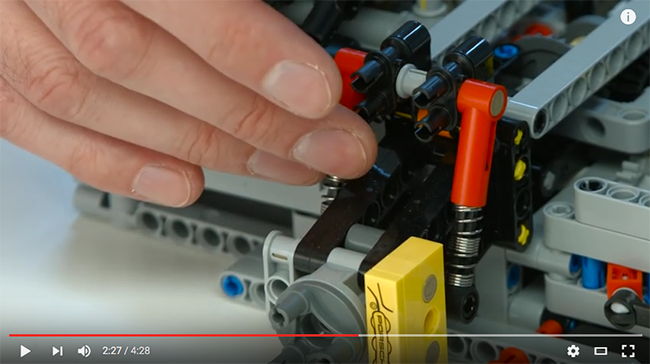 I love those old Lego cars – 1:87 scale, or HO, to go with their play sets and buildings (https://www.hobbydb.com/subjects/system-i-leg-series). Even more rare are the 1:40 Chevrolet trucks and 1:38 scale VW Beetles. None of those are in hobbydb yet!

Feel free to change that… would love to see them.

If I ever find some, I will certainly do so. Now all I know about these rare items is what I see on the interweb… 🙁