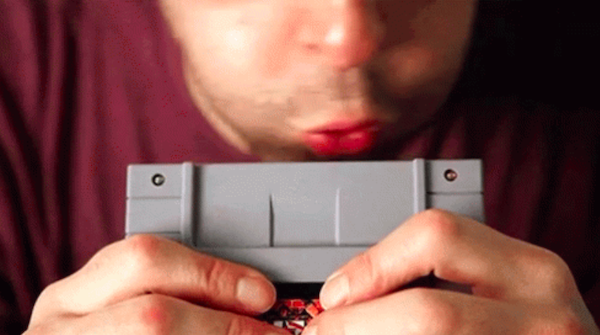 We all did it when we were kids. We’d put a game into our Nintendo NES, we’d see all the glitchy pixels appear on the screen, and then we’d take the cartridge out and blow into it. Boom, problem solved! Now you can help Mario can save the day!

It’s one of the most well known and longest standing rituals of retro gaming. In fact, even people who have never ever played video games seem to know about the magic of blowing into a game cartridge. We always assumed we were clearing the dust out of the game by doing this, but let’s be real, did any of us really know why it worked? It was just something that everyone did, and if the results were there, why bother questioning it?

Well, now that we’re over 30 years removed from the NES’ North American debut, it turns out that we probably shouldn’t have been blowing on our games this whole time. In fact, if you’re a retro game collector or know someone who is, you definitely shouldn’t blow on Nintendo cartridges. Here are the three primary reasons why. 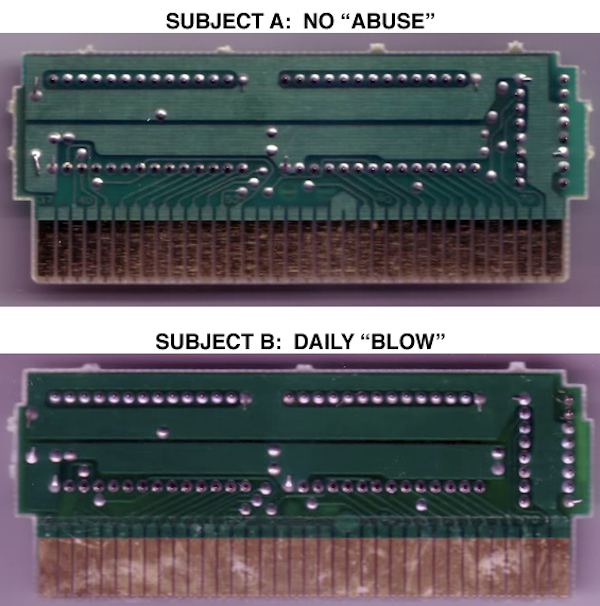 As you should already know, you usually don’t want to pour water all over your electronics. While blowing into game cartridges isn’t quite like that, there still is moisture in your breath that’s probably damaging your circuitry.

Modern science and unofficial tests have all but confirmed that regularly blowing on game cartridges leads to rusting and corrosion, even if you’re trying your best not to technically spit into your games. Sure, maybe this hasn’t impacted your ability to play your favorite games, but what about 10, 20, or even 40 years from now? Besides, check out what a corroded retro game looks like. It’s just gross.

2: Nintendo literally tells you not to.

Believe it or not, Nintendo’s official website still has general information about their classic game systems, and even they don’t want you blowing into your games anymore.

According to this support page, Nintendo advises “Do not blow into your Game Paks or systems. The moisture in your breath can corrode and contaminate the pin connectors.” So yes, this is basically the same point as the above, except now it’s like hearing your parents telling you not to do something instead of some stranger trying to give you advice.

Besides, Kirby says it’s sticky. So don’t do it. 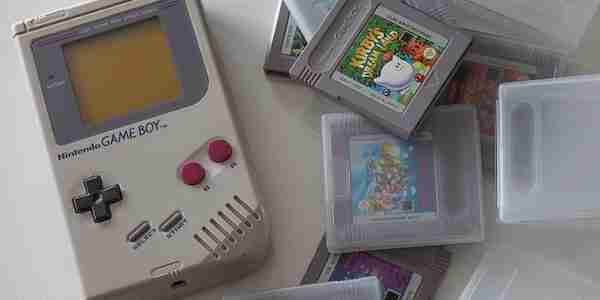 Bit, it always worked when we were kids. How could millions of kids over the course of many years possibly be wrong?

Well, there are a couple explanations, actually. The first being that it wasn’t actually the act of blowing into the games that made them work, but rather just taking out the cartridge and putting it back in. To avoid too much technical talk, removing a game and putting it back in creates a new chance for the pins in the cartridge to connect to the system, which could fix issues that prevented the game from starting to begin with. The other explanation is much more basic: it’s a placebo effect. If you always blew on a game when it stopped working, and it always eventually worked after doing that, then your brain starts to form a correlation between the two events. In reality, the connection is just luck or coincidence.

It is possible that the moisture in your breath might increase electrical conductivity between the game and the system. But even if that was the case, this brings us back to damaging games and making them look gross. Instead, just use a Q-Tip and some rubbing alcohol to clean out the pins of your cartridge for less harmful, yet more effective results. It may not be as fun as blowing on your game cartridges before slapping them back in but trust us: your game collection will thank you.