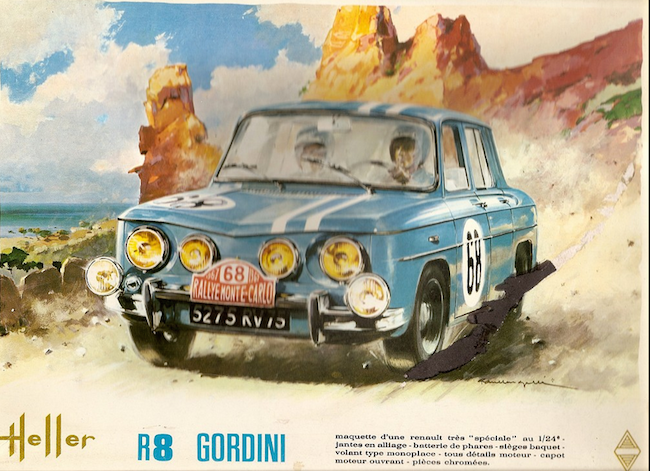 After a minor dispute with Heller, I designed this Renault 8 Gordini racer for a company called Verneuil. But Verneuil did not have the capability of production and I was offered a better deal at Heller and returned. So the kit was eventually produced by Heller. 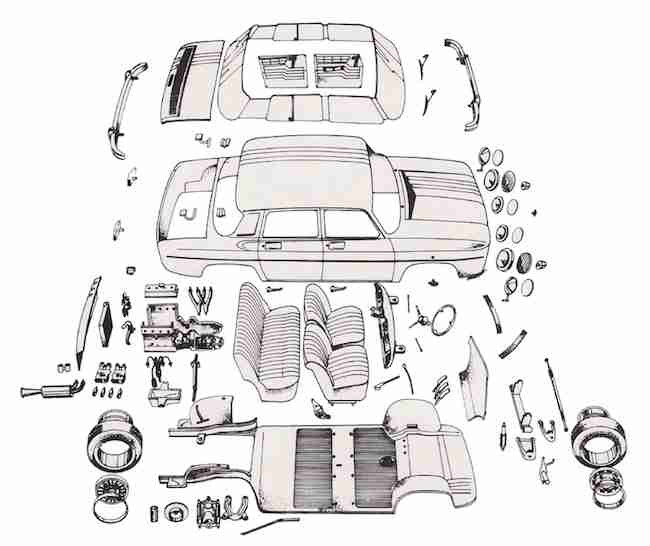 Here is a kit I assembled for factory pictures and the 1969 catalog. I added some decals from an American slot car decal sheet. The kit was simple and did not have opening doors, but had plenty of engine detail. The Delta Mics aluminum wheels were a typical upgrade from the stock steel wheels. 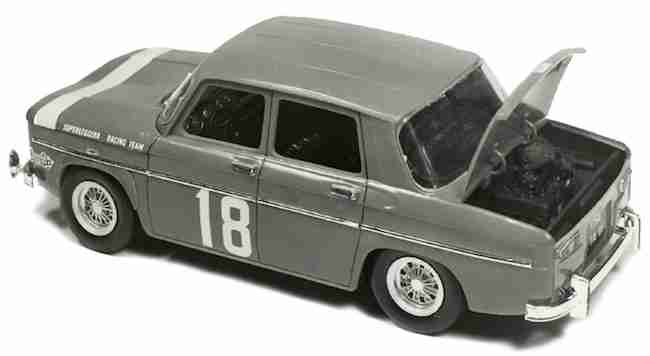 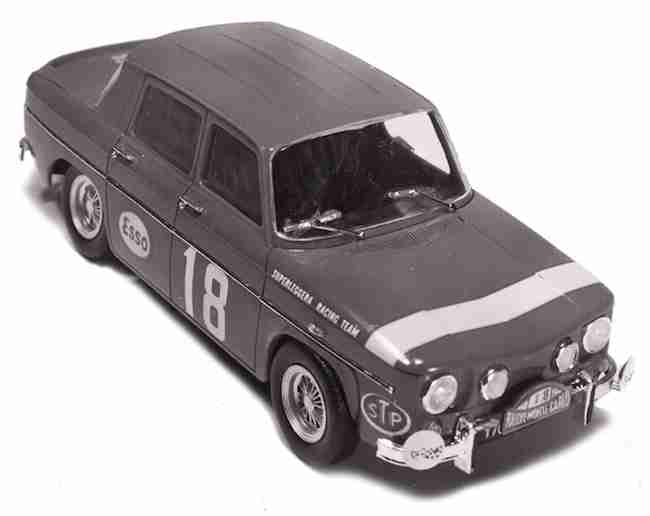 AMT negotiated with Heller for the distribution of the car kits, and issued 4 different “double” kits in 1971. The injections were packed in clear plastic bags and sent to the American company that repackaged them in large boxes with their own illustrations, that unfortunately paled compared to those of Paul Lengellé. The Gordini was packaged with a version of the Heller Renault Alpine A 210 as one of the sets in this series. 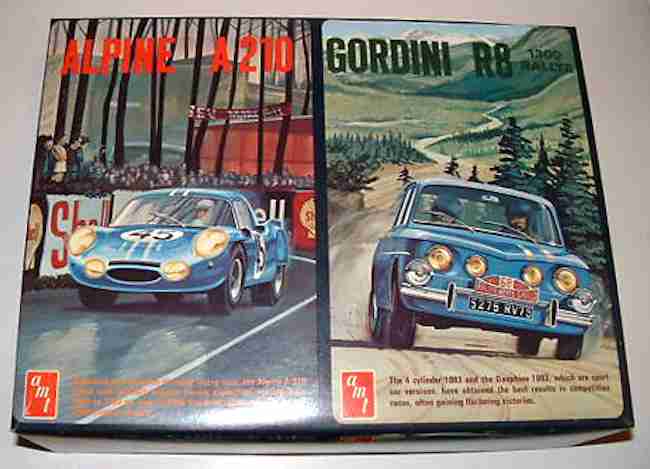 Great blog again! I always wondered why the plastic car kits were mostly 1/24 in the US while i was growing up in the 1960-70s. Heller in France also did 1/24 so I guess AMT thought they would be good for the US market as well. How did both Continents get to the same 1/24 scale for plastic kits in this era? Large enough for boys(!) to handle and glue parts together but why 1/24 exactly?

Good question! 1/25 scales nicely as percentages (which fits the metric scale), while 1/24 scales as 1 inch equalling 2 feet (which works in the US.) We’re thinking of doing a story on how all the popular scales developed.

Interesting question concerning scales. I remember that in the UK in 1967 or 68, the Monkeemobile was released through Airfix at 1/24 scale whereas in the US, MPC released it as a 1/25 scale, though I have both examples and they measure the same giving the Monkeemobile just a little over 21′ and not 20′ as always mentioned. In any case, the car is just as beautiful.