Expert Only versus Crowd-Sourcing, a Personal Perspective on how to build Collectible Databases

Rob Graves is a Hot Wheels collector and was the creator of the South Texas Diecast database.  He is now the Head of Data for the hobbyDB project.

For years, my site, South Texas Diecast, was one of the leading sources for Hot Wheels information on the internet. It cataloged thousands of Hot Wheels variations dating back 40 years – and I did all the cataloguing myself. It was a labor of love and I enjoyed every minute – but it was also exhausting and I started to wonder what would happen to the site in the future.

Like thousands of other collectors who build catalogs of their favorite collectibles online, I’d spent 16 years on STDC and because it was all me, I dreaded the thought that in the future it might become a similar “ghost site”, falling into neglect before ultimately disappearing when the hosting ran out.

That was when hobbyDB stepped in and introduced me to the concept of crowd-sourced data. Of course, I was familiar with Wikipedia (who isn’t?) and its community-created information repository. But I hadn’t previously considered using the same model for STDC – which is just what hobbyDB was proposing.

The much wider mandate, documenting every collectible ever made excited me as I also collect records, my wife is a collector of Supernatural Collectibles and I have many more interests besides Hot Wheels. Wikipedia has nine pages on Hot Wheels, hobbyDB already has more than 31,500 pages on Hot Wheels related collectibles! I was also attracted by the fact that like Wikipedia hobbyDB has vowed in its Manifesto to be free forever.

Naturally, I had some questions and skepticism at first. After all, if STDC was a Wiki-type site, wouldn’t it be open to vandalism and manipulation? And even if incorrect data wasn’t maliciously-intended, how would we make sure that all the data entered by users was to my exacting standards?

Of course, these are all the same questions leveled at Wikipedia when it began. And as I researched, I realized that all of them had been answered. In 2005, a blind study was completed by the journal Nature that compared 42 science subjects and biographies between Wikipedia and the Encyclopedia Britannica (here’s a write up about that study on the BBC site and here much more background on that subject). They concluded that “Wikipedia comes close to Britannica in terms of the accuracy of its science entries.” And by that time Wikipedia was only four years old!  From everything I could find, Wikipedia not only got better over time but also more and more trusted. 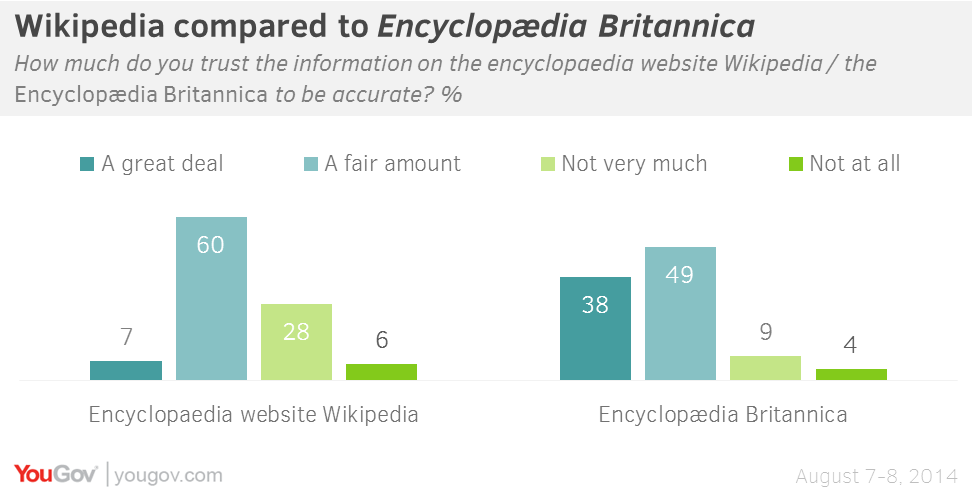 Wikipedia is constantly gaining quality and trust, even compared to some of the most established expert only data sources in existence

A combination of a passionate userbase and the right amount of oversight ensures that data is exactly what it needs to be. Of course, that doesn’t happen overnight, as contributors need to find the project (whether that’s through their own efforts or marketing outreach), become familiar with the site, and learn to work together. Given that hobbyDB is not a pure wiki either, time and effort has to be expended on developing proper tools too. hobbyDB is only 18 months old, so we still have a long way to go!

Just as Wikipedia introduced its famous “Talk” pages, at hobbyDB we take care of all of this in a similar way with a team forum. There, Curators (all our official data gatherers/editors get this title), Champions (Curators with enhanced on-site features and powers), the hobbyDB Advisory Board members and Admins can converge to discuss cataloging conventions, site improvements that would help their job, and which bad data to weed out.

Many hands make light work, the saying goes, and that’s certainly proving to be true here. We’re far from being the only entertainment/research site in this space to follow the model either. IMdB and Bricklink are just two of the diverse examples of sites which have made this model work in spectacular ways.

Moving STDC to hobbyDB and starting to work in this way has certainly taken the pressure off of me and ensured the longevity of the data I spent so long putting together. I have seen others making the same move with the same feelings – worried before the transfer, relieved afterwards.