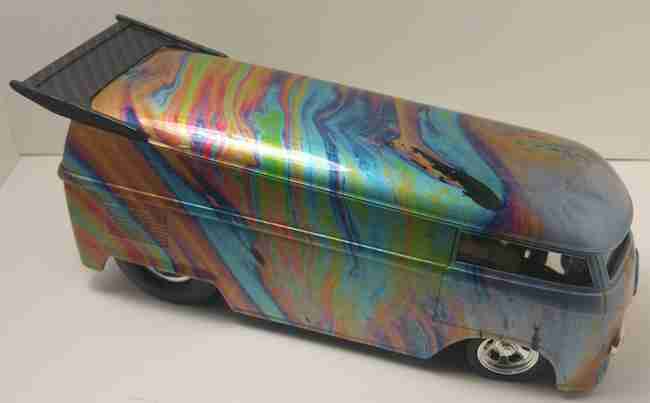 Jim Powers (or JimBo, as he perfers to be called) has been customizing diecast models for over 20 years, focusing on trucks, vans, the kinds of vehicles with ample room and smooth sides for big, wraparound graphics.

His first project was a 1:24 scale VW Beetle, which remains his favorite scale to work in. But he has moved up and down from that size over the years. You’ll find several of his smaller scale designs on hobbyDB under the name CGS Kustoms & Design (originally known as JP Kustoms). The Hot Wheels 55 Chevy Panel is a favorite to work on. 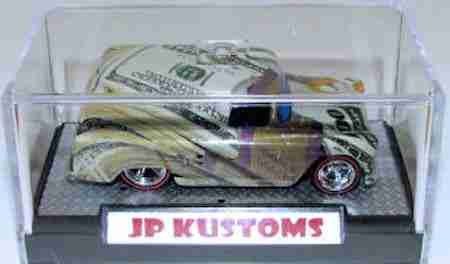 JimBo also works on bigger models such as the1:18 scale VW Drag Bus. In its original form, the model looked sort of toylike, but with his swirled, iridescent paint and extra detail, it becomes a masterpiece in miniature.

He has bigger interests as well. “I collect real VWs, Cadillacs and mini trucks,” he says. “I tour the country with a Top Alcohol Dragster Team that I’m a partner with. And I enjoy building vehicles for the annual SEMA Show.” In other words, he’ll work in just about any scale including full-size.

Depending on the complexity of the model, his projects take anywhere from a week to a year. If you can’t wait that long, you can find several of his models for sale on hobbyDB. 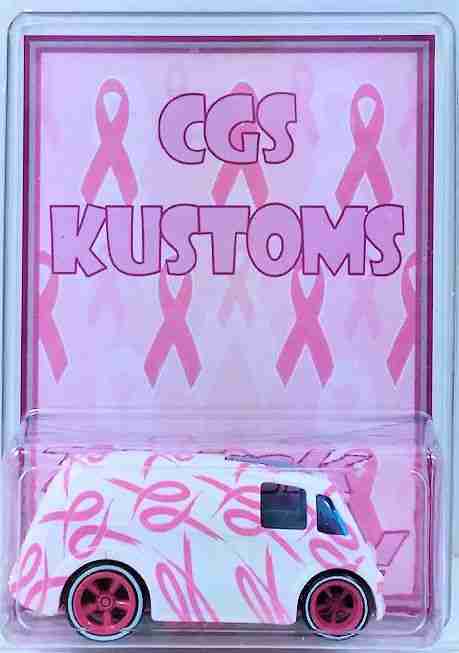