As with many of Heller’s kits, Paul Lengellé beautifully illustrated the box art. 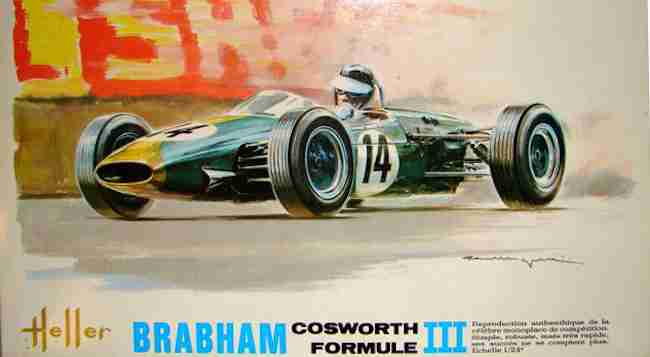 Here’s the original drawing of the kit’s parts. The engine and gearbox were the same as on the MATRA MS5 kit, so they are not represented here. 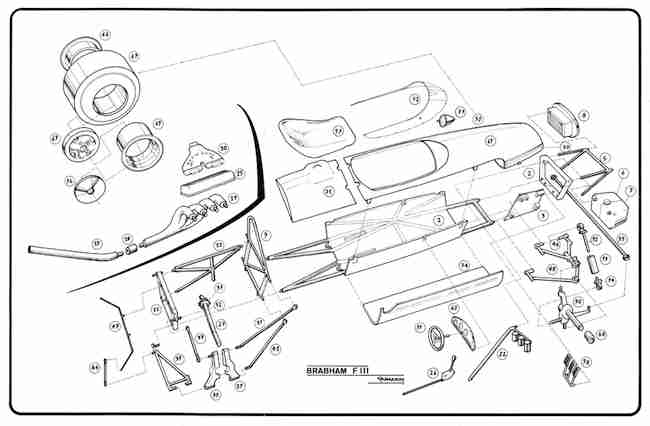 I built the kit for use by Heller in trade shows in 1968, and these pictures were taken by a professional for the company. Please note the suspension springs in steel wire wound around an ordinary nail, that make the model look so much more realistic than any of the period. 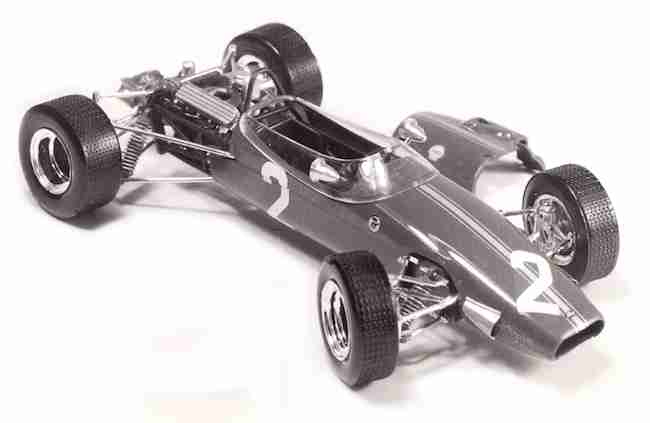 The chassis was assembled from molded flat sections and could almost pass for the real thing. 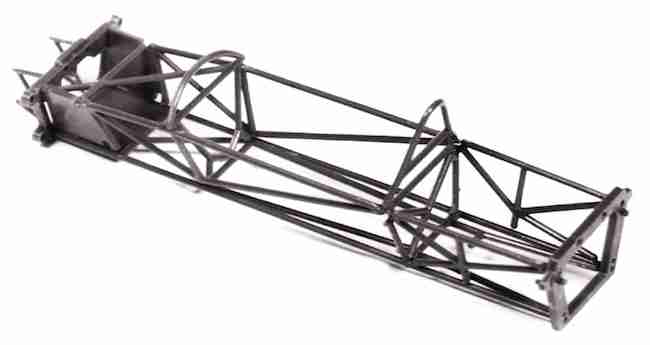 The only “bad” detail on the model is the Weber carburetor that is not only inaccurate but looks a bit stupid. But have a look at that Hewland MK9 transmission! 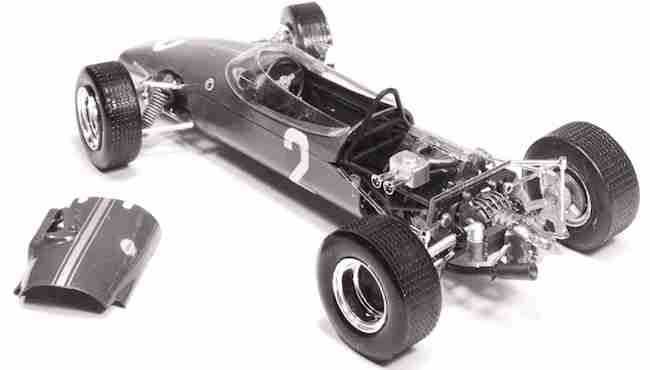 In the early 1970s, AMT released some Heller kits under their own brand. The Brabham was paired up with Heller Matra F2 kit and featured new box art. 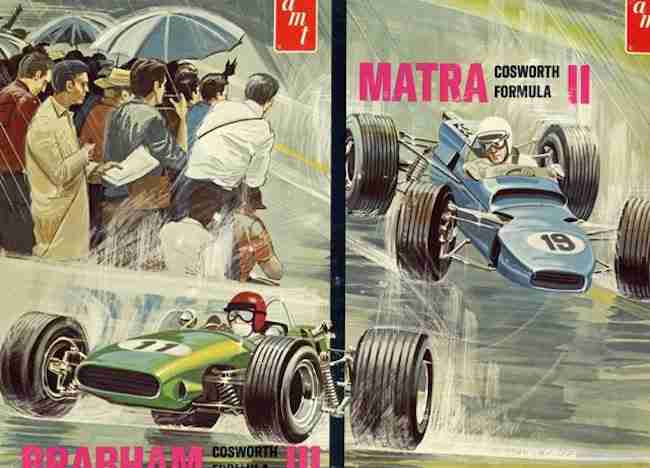 Small world – just saw Sir Jack’s grandson, Matt,  in front of a real 1968 Indy car at the IMS track last night!  They were showing Winning on the big screen.

Everything about that story is awesome.