If you’ve ever seen Smorkin’ Labbit vinyl art toys from Kidrobot, you might wonder what kind of person would design such a thing. With their hostile eyes and cigarette dangling from their mouths, they aren’t the friendliest creatures. It turns out Frank Kozik, the San Francisco artist who created the character for concert posters and other projects, is quite the opposite. And he was kind enough to chat with hobbyDB about his creations and the design process.

Like many successful artists, his career started out as something fun. “I would always invent characters, even as a child,” he said. “Things got serious around 1998 or so when I made the connections in Japan to have my works made as products. An amateur hobbyist goes pro, basically.” 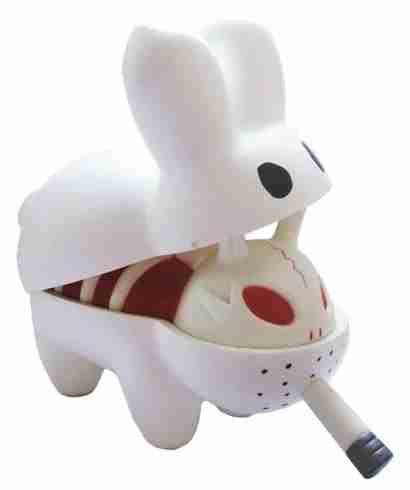 Kozik has worked with several toy companies over the years, but is probably best known for his designs for Kidrobot. His favorite design so far is the Ride ‘Em Bob Labbit. If you don’t have one in your collection, that’s understandable… Kidrobot only produced 450 of the blue “Ancient Bob Slug” version.

As elaborate as that toy looks, Kozik says a different Labbit was the most complicated to produce. “Bony Bunny, the first skeleton Labbit with Medicom presented quite a few engineering challenges,” he said. Looking at it, it’s easy to see why. The top half of the creature is a removable shell to expose the bones, and lining keeping it lined up can’t be easy. “It was early in the genre and factories had not quite gotten it together, so figuring shrink rates for the separate pieces got complex.”

The skeletal theme continued with a simpler version for Kidrobot, this time with a Labbit that showed flesh/fur on one side and when turned around, the skeleton body. 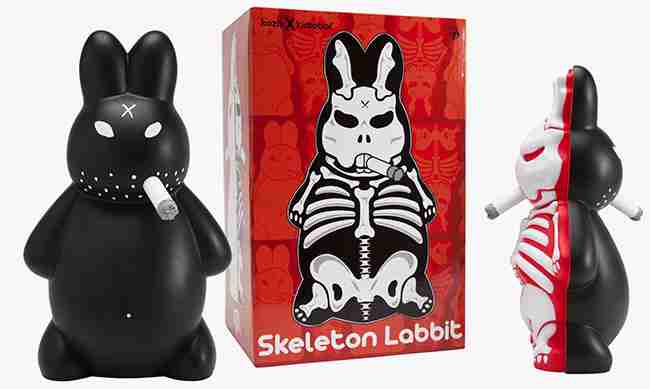 The angry eyes and smorking… er, smoking, themes carry on with a lot of his toys such as the Mongers series (anthropormorphic food). One of his recent departures from this them depicts a certain North Korean dictator as a whiny baby. 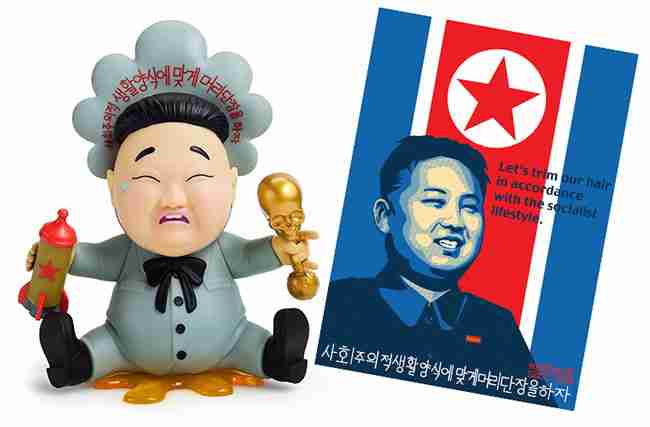 He said the process form sketch to finished product can take six months to several years. “Average time when there is a system in place is 12 months.” 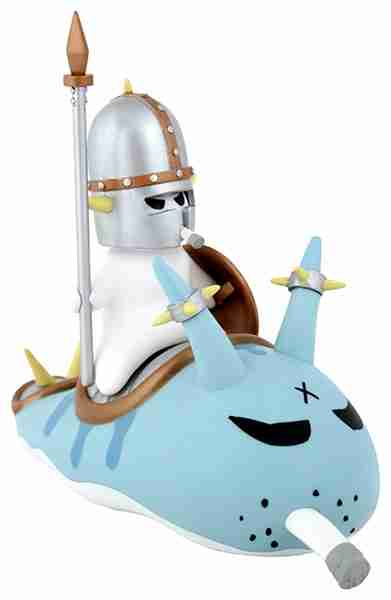 His outside interest include collecting “Original pre 1970’s Disney attraction posters as well as original art, books, vintage toys… weird stuff in general.” His favorite toy is described as “a wooden rabbit pulling a cart from a tiny company in Oregon from the 1940’s.” Overall, he tries not to get too obsessed with collecting things. “Stuff is cool, but don’t define yourself by it.”

In case you were wondering where the term “Smorkin’ Labbit” means, Kozik has a wonderfully random explanation. “Several years ago, I did version of my rabbit with a company in Japan,” he explained. “It was supposed to be ‘Smokin’ Rabbit,’ but they printed it ‘Smorkin Labbit,’ which sounds about a billion times cooler so thus it became REAL.”