Rob Graves is a Hot Wheels collector and was the creator and for 16 years the only operator of the South Texas Diecast database.  He is now the Head of Data for the hobbyDB project.

When I met my European hobbyDB colleagues Andrew and Christian, I was surprised to find that on “the other side of the pond,” even the biggest diecast events last just a few hours! Events like Sandown Park in England, Houten in Holland or Aachen in Germany are one-day-events and the longest last for about eight hours.  You can find some amazing stuff but there is no other program! 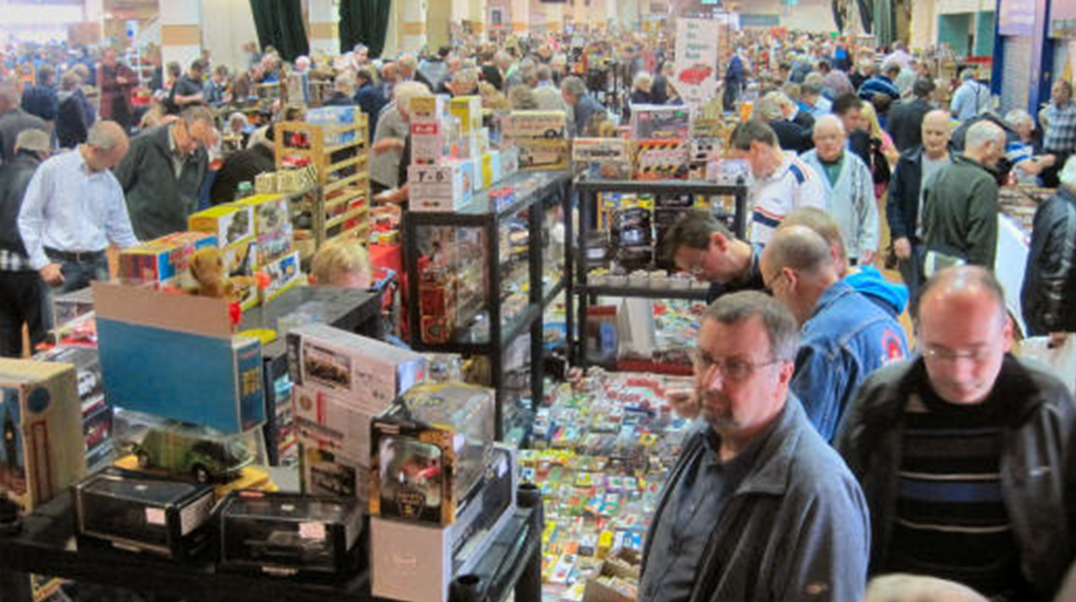 Sandown Park Toy Fair draws up to 5,000 collectors – for a few hours each 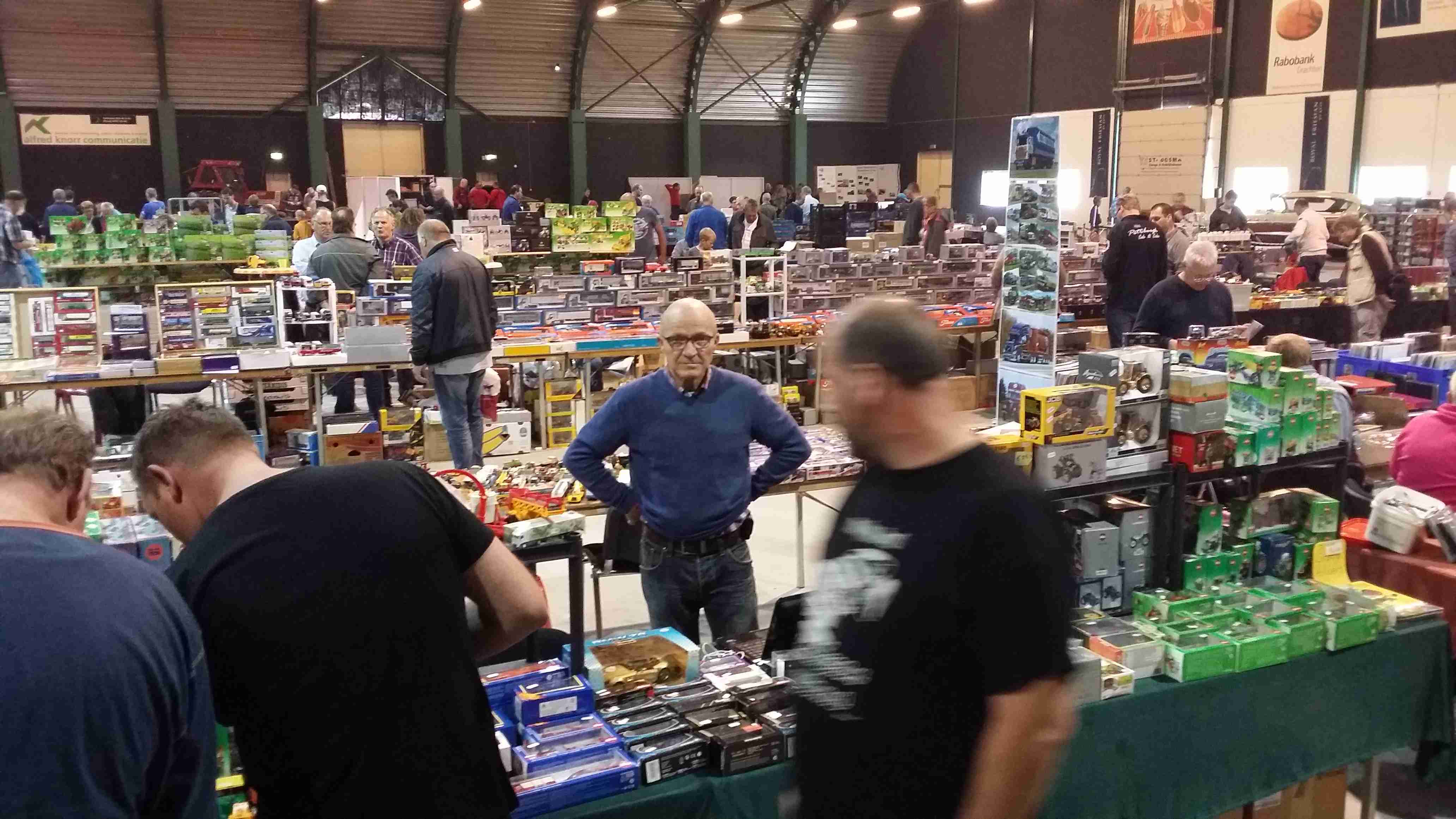 The NAMAC event in The Netherlands attracts even more – up to 12,000 collectors

It’s a little different in the US. Imagine if you will, a Hot Wheels car show that lasts for 4-7 days. Hundreds of attendees are there, some of whom have traveled from all over the country – some even from overseas. They include everyone from seasoned collectors to new enthusiasts. There are competitions for individuals who customize diecast cars, a huge charity auction, charity bingo and poker games, a dinner honoring a special well-known guest, autograph sessions with Mattel designers, multi-lane downhill and battery powered oval car track racing, a question and answer open forum with Mattel. Oh, and in the evenings, everyone who has models to sell puts up a sign outside their hotel room and everyone goes from room-to-room, buying, selling and trading everything from Original Redlines to the latest Treasure Hunts. 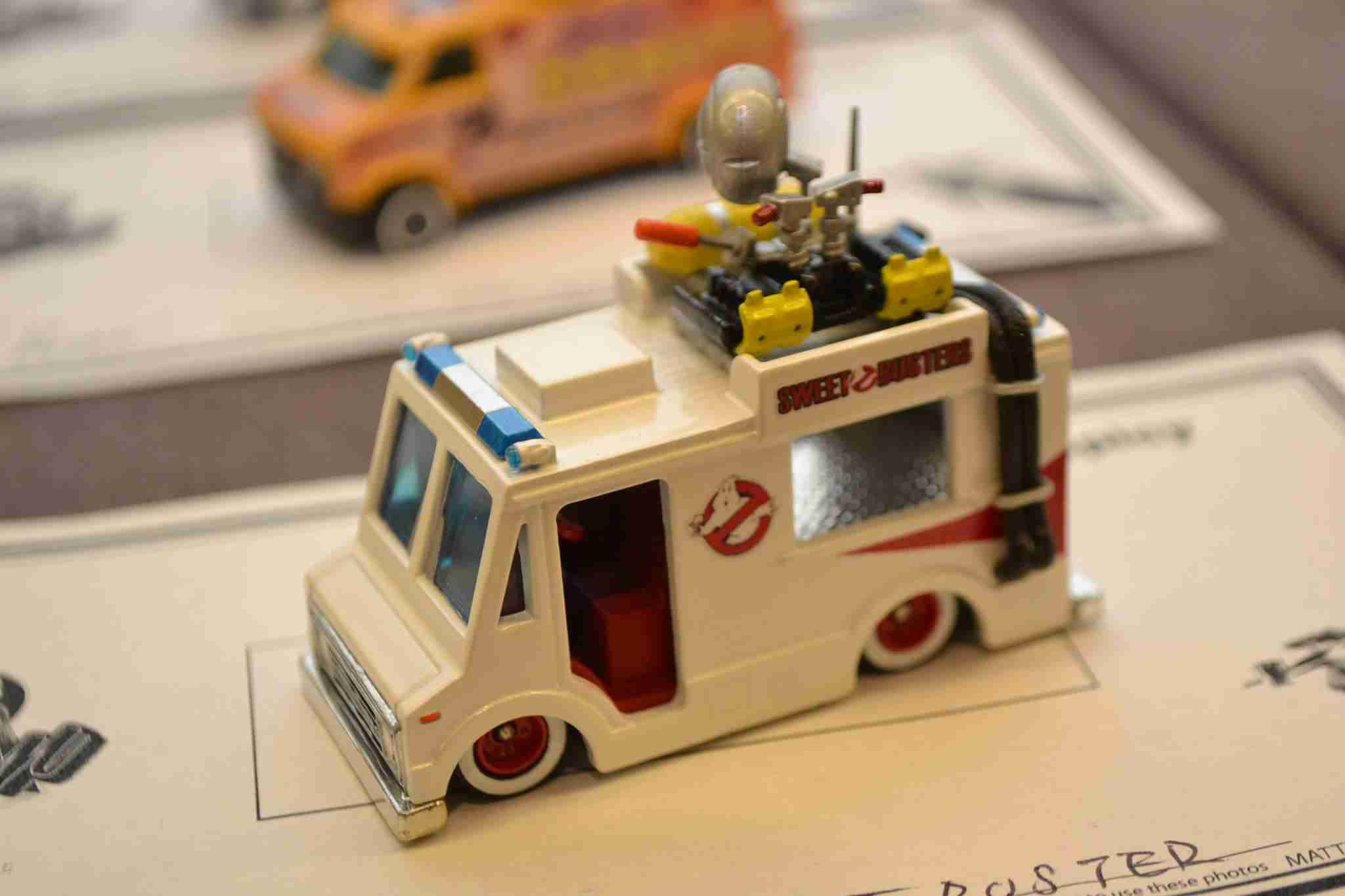 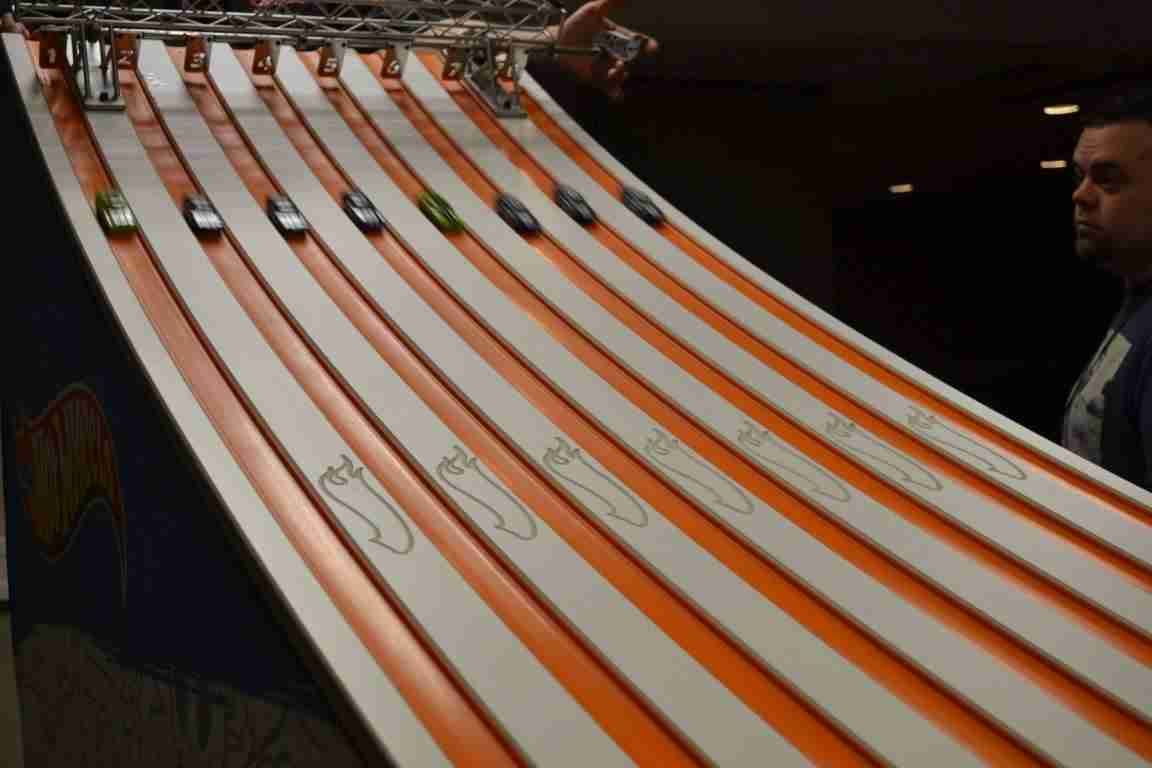 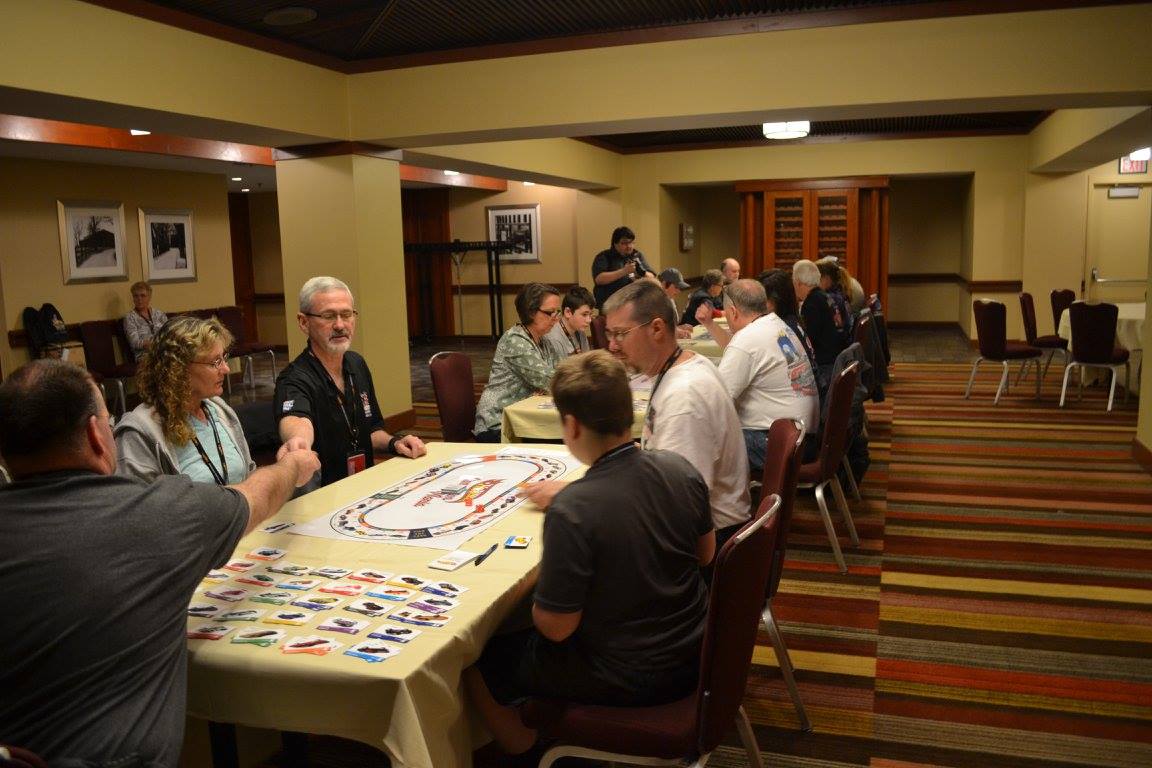 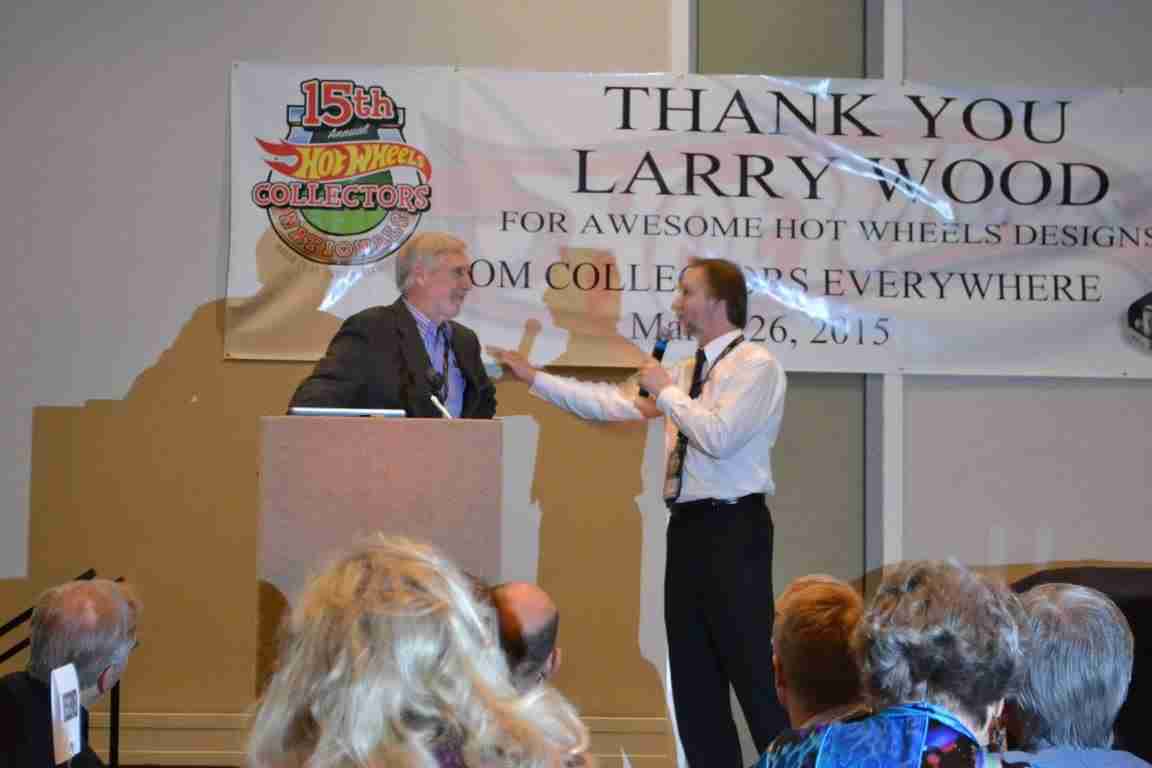 Talks over plush dinner (here with Larry Wood) and much more!

No you haven’t entered the Twilight Zone, this is a real event that occurs twice a year. Currently the fall event occurs in California and the spring event can be found in different towns across the Midwest or East coast each year. The first Hot Wheels convention was held in Toledo, Ohio in 1987. It was produced by Mike Strauss of Hot Wheels Newsletter and Tomart’s Hot Wheels Guide fame. This was a single, annual event, until 2001 when the 2nd show, the Hot Wheels Nationals, was added.

Both of these Hot Wheels conventions are now produced by Jennifer and Mark Millhollin from Collectors Events Unlimited under license from Mattel. This year, the fall convention is the 30th Annual convention and will be held in Los Angeles.

Some of the most notable conventions include those held in 1998 and 2003. The 1998 Convention coincided with Hot Wheels’ 30th Anniversary and was the first convention for which Mattel officially produced event cars. This was also the event where ZAMAC (unpainted) cars were first offered. There were 25 carded models (only 500 each produced), a baggie release, and a 4 car set.

At the 2003 Convention, Mattel was celebrating Hot Wheels’ 35th Anniversary. In addition to producing the event cars for both conventions, they also provided all the event baggie cars (which are normally Code 3 versions). The Nationals convention in Cincinnati featured nine different colors of the Midnight Otto casting and the fall convention in Irvine featured nine different colors of the ’32 Ford casting.

In the past there have been smaller conventions, including the Wild Weekend of Hot Wheels (hosted by Randy Price of Randy’s Wooster Street Pizza), Summer Smash, and DiecastSpace. The DiecastSpace convention is now part of the Super Toy Con which is held in Las Vegas in the month of August. And other brands are now doing their own events.  Jim Gallegos has been organizing the  Matchbox Gathering since 2003 and Andy Goodman, CJ Cramer and Sean Taylor from M2 Machines are now organizing an annual M2 Experience,

The US-style Hot Wheels conventions have now even spread to other countries, including Brazil, Mexico, and Australia. The Brazil Hot Wheels show started in 2008 and now encompasses all major diecast model car brands. It is produced by Marcos Torresi at Expo Diecast. The Mexico Collectors Exhibition also started in 2008 and will be hosting their 9th Annual event on 11th,12th, & 13th of November this year. The Australia Diecast Models Expo was started in 2011 and also includes all the major diecast model car brands.

And on the other bonuses these conventions have is that there are always special convention cars! 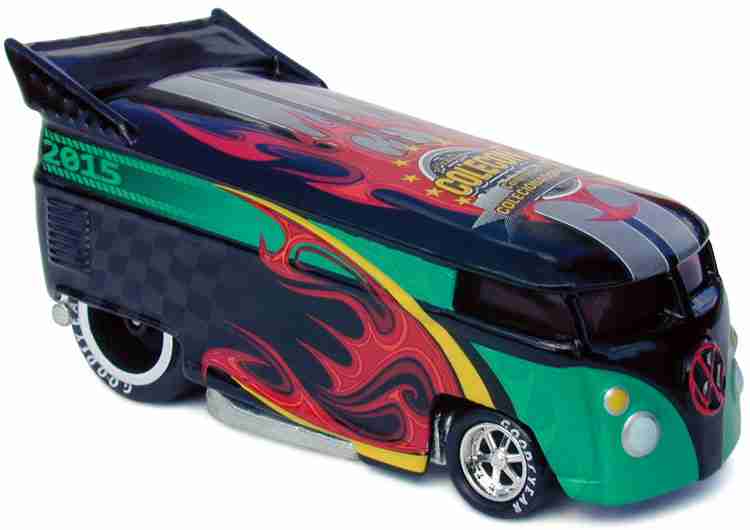 In fairness to the Europeans they have an annual 3 day Matchbox event (link to come); the NAMAC event is organized by the largest toy car club in the world (NAMAC also published a great diecast magazine) and the Danhausen event is organized by Minichamps and you can combine it with visiting their fantastic inhouse museum!

As they continue to thrive, conventions become ever better places to meet, socialize and talk diecast – and a truly unique experience for anyone attending! 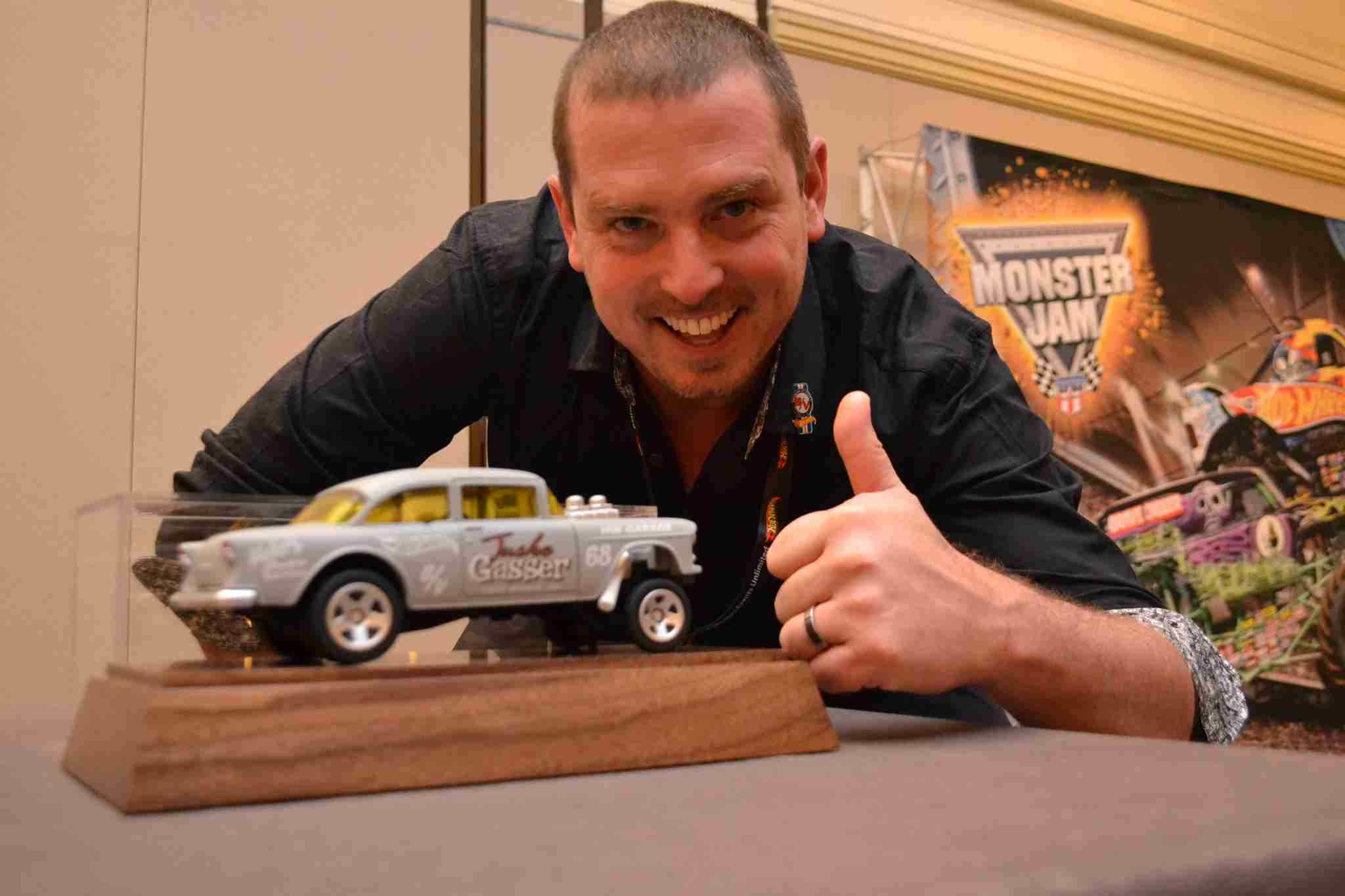 Where else can you discuss planned models with folks like Hot Wheel designer Brendon Vetuskey?

Make sure you add going to each of these events to your bucket list!

Hmm a bit bad and not correct look onto the events on the other side of the pond written here. To clear things a bit up. The diecast collector scene here is not as big as in the USA and there is nearly no help or working together with Mattel cause they are simply not interested. The german Hot Wheels Collectors club has about 300 members. They organise a annual event since 2007. For these event often a convention car is done by customisers of the board . Most times they hold a downhill contest and a raffle  also. True is that it is only a daily event. For that annual event about 70-100 people come together to buy, sell and trade or simply have a chat together. The well known Mustafa Kuru and his brother organise the annual meeting of the dutch hot wheels club with normaly 50+ collectors coming together. They also have their custom contest, downhill race and raffle with tons of cool stuff to win that they buy from there own money as there is also not much help from Mattel Netherlands also. So the events over here may not be as big as in USA, may not be that long than in USA and not that much Mattel representing than in USA… but they are as familiar and fun than in USA for sure. And the mentioned Houten and Aachen are just non club representing swap meets. Regards from germany

Thanks Sascha for the information, maybe we get some more comments and then do a follow-up article.

The Australian Diecast Convention was actually started by Geoff Sherriff in 2006 and 2008 before being taken over by Dimitri in 2011. It is run every two years and is a 3 day event. Prior to this the Australian branch of MICA (Matchbox International Collectors Association) used to run an annual collectors weekend Convention for several years starting in the 1990’s before disbanding. A new Convention ‘Four Small Wheels’ for 1/64 scale collectors is also due to start next year on a two yearly basis as a weekend event in conjunction with Collectormania Penrith ,Australia’s largest Toy and Hobby Fair in Sydney.

Thanks for sharing, looks like we are going to do an around the world update soon!

One day I would love to attend the Australian Die cast convention. I retired from Mattel (working on both Hot Wheels and Matchbox models) in 2015 after competing over 5,000 decorations. Please contact me if there is an interest on your part in sponsoring my participation in 2018 or 2019.