We’ve run several features about die cast customizers over the last few weeks, but this week’s entry is a bit different in several ways. Liberty Promotions might work with small models in limited runs, but nothing about their operation is small scale.

The company is best known for their exquisitely decorated Hot Wheels Drag Buses, ranging from holiday-themed models to special events to company promotions. And even though they are “limited editions,” they are a big time operation. Consider that they have produced almost 300 different variants of just the Drag Bus.

“We’ve purchased over 375,000 buses directly from Mattel,” says Lee Perlman of Liberty Promotions. “These include promotional models for All Tune & Lube, Penske, & Jiffy Lube, as well as some “mistake” models and some CD-ROM packaged ones which were liquidated to us by Mattel. Additionally, we’ve purchased overstock from other sources, leftover quantities from various runs, such as the military and VW club releases (such as the Rhode Island Hot Wheels Club GTO below) , as well as more of the CD-ROM buses.” 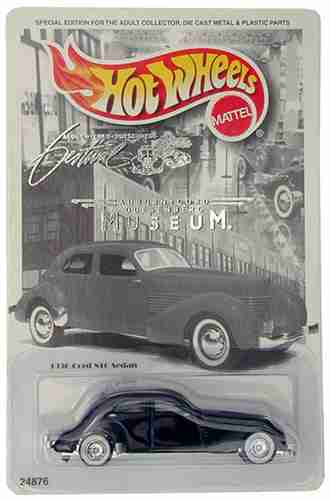 Most of the customizers we profile make their models one at a time,  a maximum of maybe 50 cars per run. Maybe fewer, Liberty Promotions is in the business of providing efficient short runs for a variety of clients.

In fact, when you visit their website, they first ask you if you want to see their previous offerings or if you’re interested in having your own custom design produced. The process is not cheap, and can take a while (just locating enough donor cars to repaint can take weeks), but consider the past alternatives: If you wanted to get, say, 500 models of a particular vehicle with your company or event logo on it, well, faced had an uphill battle. You had to go directly to the toy manufacturer and order probably a minimum of 10,000 pieces, all identical, and not cheap.

Liberty offers much shorter runs along with the ability to create “chase” vehicles. As a bonus, their Rebel Run vehicles represent anywhere from 10 to 20 percent of the overall production of some models.

Some of the chases are easy to spot, such as a big difference in one of the main colors (like these 2013 Christmas buses).

Or in the case of the Cuban Series Drag Bus, the Rebel Run version has red trimmed surfboards and red tinted windows. Speaking of those surfboards, on this particular model, they are designed to look like cigars. Now that’s attention to detail!

The Civil War chase variants are really hard to spot… if you look at the back of the vehicle. the only difference is a tiny portrait of the General Grant on the Union version or General Lee on the Confederate variant (would that last one be a Rebel Run Rebel Bus?) 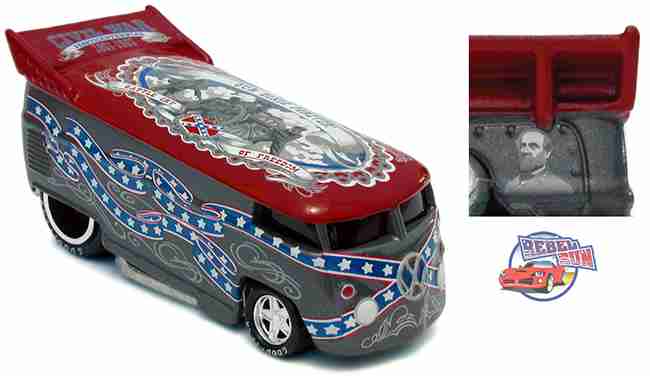 Liberty Promotions now hosts their historic archives on hobbyDB, with many of their models for sale on the site.

These folks do a great job. Details are always quality. Always satisfied with Liberty Promotions. Love the buses : )   Keep up the great work!!!