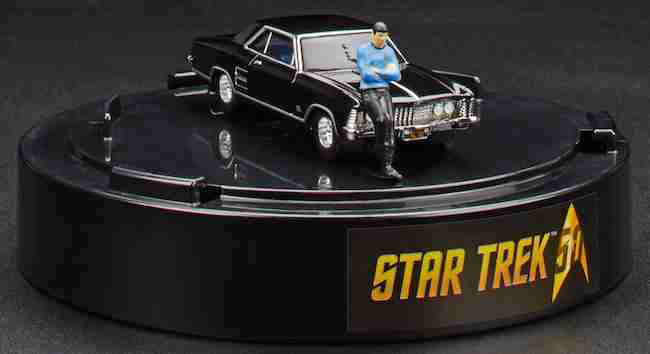 Presenting “Spock Leaning on a 1964 Riviera,” a diorama featuring, well,  Star Trek‘s beloved Mr. Spock leaning on a 1964 Riv. This set is based on a black and white photograph of Leonard Nimoy, in costume, with his car in the parking lot of Paramount studios. 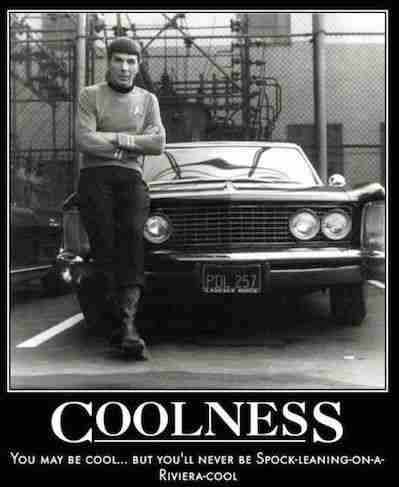 The photo inspired a meme about “coolness,” which means if you wait long enough, everything in geek culture eventually becomes cool. There are some other historical tidbits about the photo that you might not know, however… in the left side of the photo, you can make out the side of a C2 Corvette, which reportedly belonged to William Shatner. And speaking of Shatner, he allegedly once stole the Riviera as a prank.

As for the model, it’s 1:64 scale, and even though Hot Wheels has produced a ’64 Riviera model before, this is a new casting. It will reportedly be first available at the 2016 San Diego Comic Con in very limited quantities.

[…] cool. And if you didn’t act fast this summer, you didn’t get your hands on this miniature version of that iconic […]