What’s That Toy Worth? Depends Why You’re Asking

” What’s That Toy Worth? ” Ahhh, it’s the eternal question among us collectors. And usually the answer we seek is “what’s the fair price to buy or sell that thing?” Of course, what’s considered fair depends on which side of that equation you fall on. But I’ve been thinking about the question a different way lately. 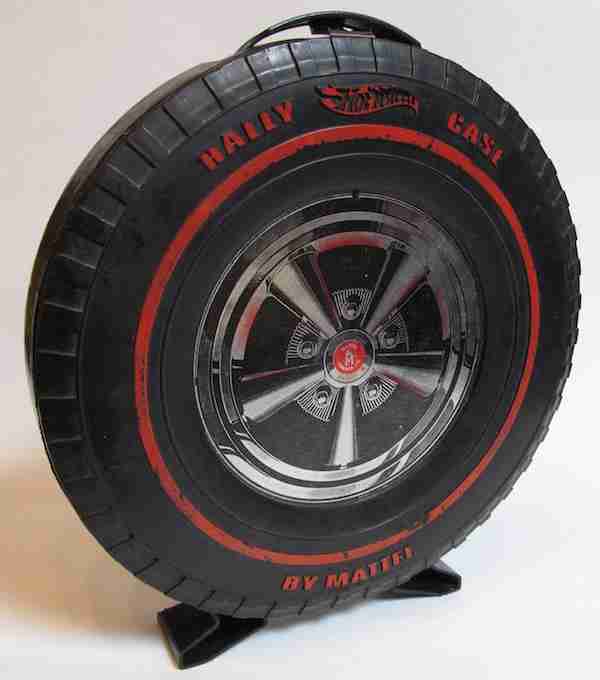 I have an original 1967 Hot Wheels Rally Case in my office. I know it’s original because a) the 1967 copyright date is molded into the case and b) I’ve had it since I was a kid. And inside, it’s full of original Hot Wheels, mostly early Redlines, and a few from the mid-to-late 1970s. And yes, I know they’re original too, because I’ve had these since I was a kid as well.

A dozen original Hot Wheels in an original case. Without seeing it, what would you think it’s worth?

Okay, now take a peek inside. 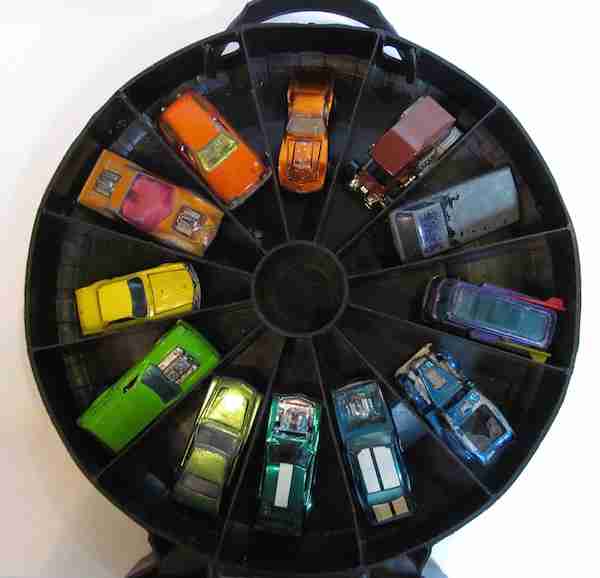 To describe most of these cars as “played with condition” is generous. They’re all scratched, their axles are warped in most cases, and some of them have clearly been stepped on. A few of them still have sand in their crevices from being buried in the backyard. One or two have the remnants of someone (okay, me) attempting to redecorate them with Liquid Paper and markers.

So how much is all this worth? If you saw this pile of cars in a yard sale, you would be reluctant to pay more than a dollar for some of them. The Beach Bomb is pretty nice (not original surfboards, though), so you might be willing to shell out $30 or so for that. There’s a Custom Corvette that isn’t too bad either, which you might be willing to pay about the same for. That Mercedes might tempt you for $20. The T-Totaller is in good condition, but it’s a newer model, and not particularly rare… maybe $5-10 for that? 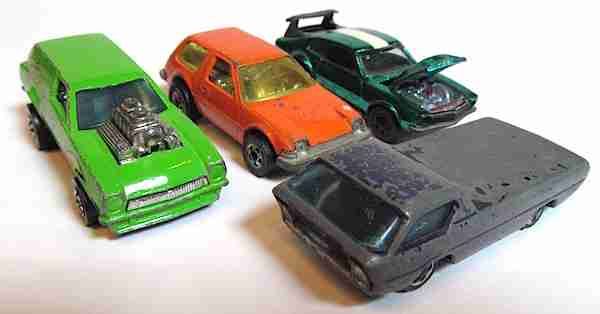 You’d maybe offer the seller $75. They would insist these are obviously worth more because they read that on the internet, and demand $500. Somewhere in between is a fair price, but it’s possible you part ways without a deal.

To me, on the other hand, this particular collection is priceless. If you offered me $1,000 for the whole set, I would think about it for about two seconds before I said no. And I’m not that interested in acquiring better copies of most these cars. There are far too many memories attached to these things that make them more valuable to me.

By the way, did you notice the interloper in my collection? 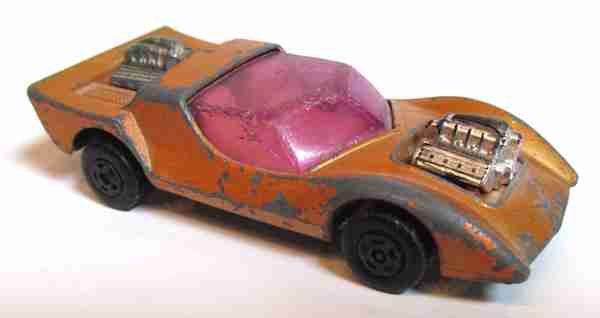 That gold car with the two engines and the magenta canopy is a Matchbox Gruesome Twosome, my favorite toy car of that era. Considering the amount of time it spent in my pocket traveling with me everywhere, and scooting around on every conceivable surface, it’s in amazingly good condition complete with both engines. Heck, it’s a miracle I didn’t lose it somewhere along the line. This is one car where I decided to pony up and buy a copy of it in very nice condition for about $15 a few years ago. But if I had to flee my house and grab only one of them, I would probably take the one with the memories in the trunk.

Found a loose Lesney Matchbox VW with no price tag at thrift store yesterday. They sold it to me for 25 cents.

I would call that an excellent purchase.