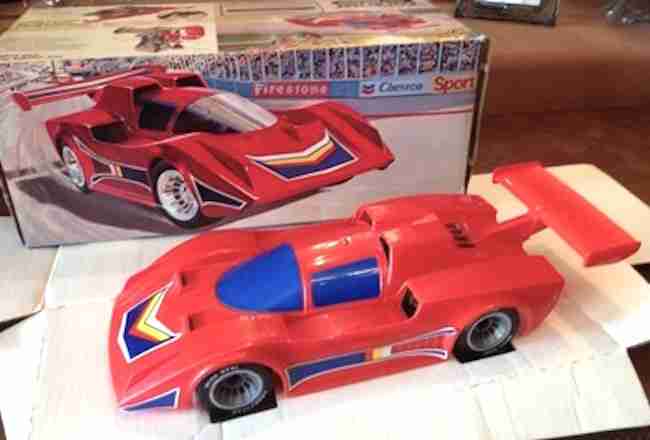 Another fun project was the Magblaster, an exercise in camouflage of a huge engine flywheel that had been devised so as to allow easy starting and idling of the .049ci engine. 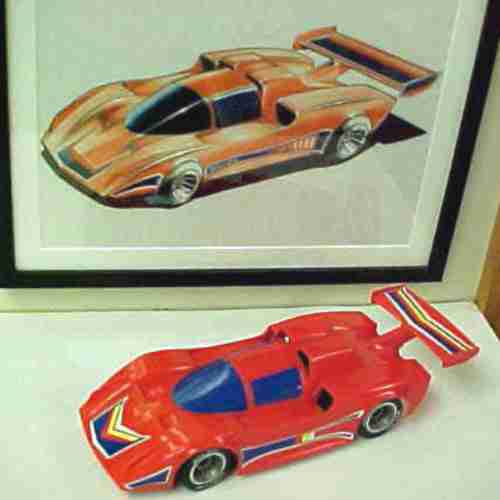 The original chassis powered a van that was very popular, and the same chassis was used for this GT car I styled with multiple air intakes so as to hide the implement. The design is not based on a specific prototype car. The original drawing with a hand-built prototype made of a vacuum formed styrene body set over the chassis.

The Magblaster was also produced as a two-channel radio controlled model called the Interceptor, molded in yellow with contrasting blue graphics. 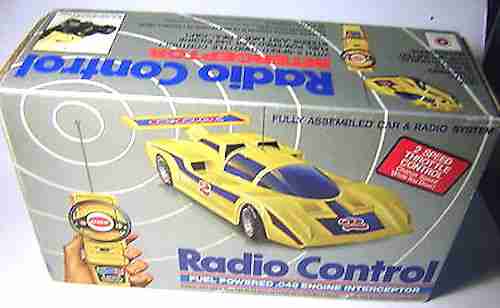 The radio signals worked a non-proportional steering system and the engine’s throttle. The cost of the radio was $2.00, a fantastic achievement in 1975. 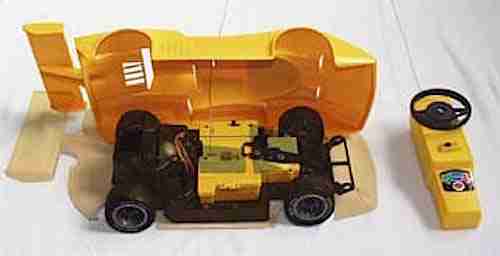 A friend just gave this car to me and it had never been run until now. Thank you for designing it. I’m 5o and feel like 12….

Just Curious…. Would You be Willing to sell it ?….I had the Dune Buggy when I was Younger, but Never even knew these were made….. THANK YOU FOR YOUR TIME , HAVE A GREAT SUMMER 2021