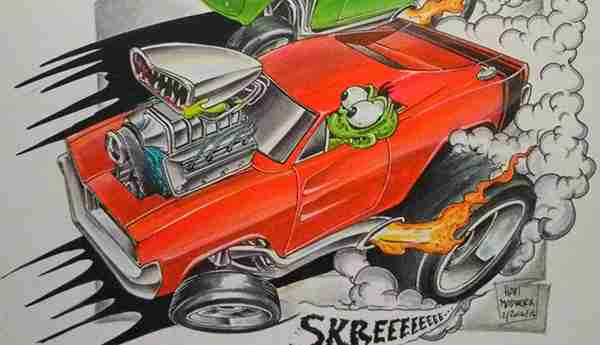 If you’re a certain age, you may have grown up reading CARtoons magazine (sort of like Mad, but strictly about cars). It disappeared in the early 90s, but over the last couple of years it’s been making a comeback online. Hadi Rochmansyah is lucky enough to be one of the cartoonists in the revived venture, and he’s also an amazing diecast customizer.

Hadi, who lives in Indonesia, got his start in third grade customizing inexpensive pullback cars. He also developed an early knack for cartooning and was able to turn that into a job as an illustrator for an automotive tabloid.

His workbench looks like a miniature version of the kind of shop that turns out chopped, channeled custom hot rods. There are piles of parts and scraps that might come in handy someday and just enough clear space to do the work. His cars can take several weeks to complete depending on the complexity, but he has several in the works at any given time.

The Hot Wheels Boneshaker shows up in several of his customs, such as the Boneshaker V16 above, though you might have to look hard to find it in some cases, as he mixes in a lot of elements from other cars as well as scratchbuilt pieces. Many of his cars are finished with a rusty, weathered rat-rod patina complete with hand painted but realistic graphics.

Hadi’s attention to little details is amazing. He often fills the cargo area of his pickup trucks with tiny cardboard boxes with labels and sealed with tape.

He’s also capable of creating immaculately finished models that make you look twice to be sure they aren’t straight from the factory. It’s hard to tell where the production model stops and the custom work begins.One of the newest castings from Hot Wheels, the Corvair Greenbrier van, served as the basis for a flip up body pickup dragster. 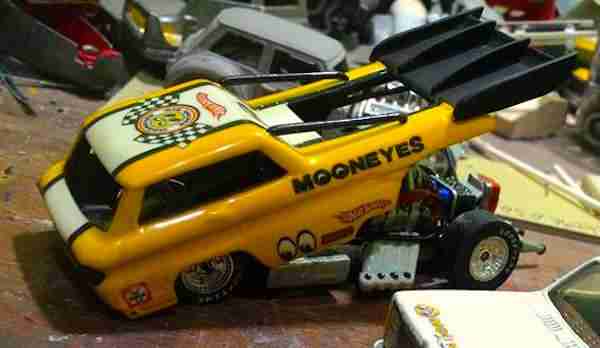 Many of his cars are single shot one-of-a-kind models, such as the Dixie Danger below, so you have to follow him closely on Facebook to see the works in progress. And of course, we’re working on archiving many of his earlier efforts on hobbyDB. 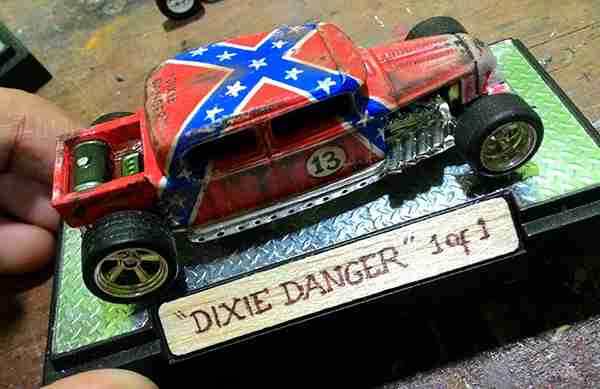