Matrix Scale Models is now hosting their considerably large archive (around 300 vehicles including varaints) on hobbyDB. Did we mention they only started in 2013? Despite being a new entry in the model car market, they do have a lot of experience. “I have always been interested in cars and during my studies I worked at Volvocar company in the design department,” said Jaap van Dijk, one of the founders of Matrix. “End of the nineties, I decided to step out and became my own boss.” He bought Replicars in 2000, and then formed another company, Neo Scale Models. At Neo, he hired Mark Asbreuk, who is now his business partner at Matrix.

They offer several lines of models broken down into distinct ranges:

Across all of these series, Matrix bases their models on some rather unusual cars. “Our policy is not to overfeed the market and bring limited editions. Most of the time this is a qty of 408 pieces or less,” said van Dijk. So their 5000 Series consists of limited editions of very limited production cars. In fact, many of those prototypes are one-off cars. Concept cars like Virgil Exner’s Mercer Cobra or the 1953 Ghia New Yorker.

“Subjects and quality are the key to success, so we make the not-too-obvious, but desirable subjects for the real petrolheads and connoisseurs.” As an example, you’ve probably never seen the Citroen SM Frua, a gorgeous take on an already beautiful production car. But here it is in miniature. Or for the ultimate ranch wagon, 1967 Cadillac Mirage, a pickup based on the Sedan DeVille.

And then there are some models folks outside of Europe have never seen for real like an Isetta based cargo truck or a Citroen Presidential limousine. If you consider their Tatra T87, even their models based on mass-produced cars are unusual. 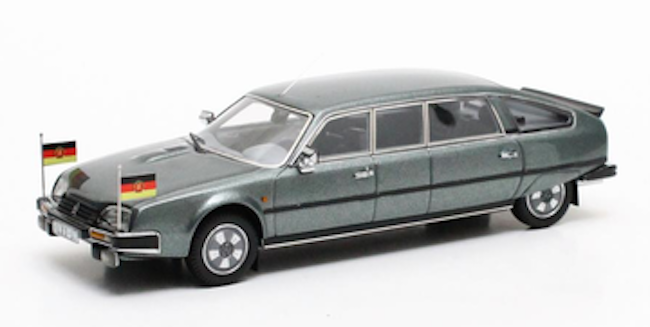 Their cars make excellent gifts for the auto enthusiast in your life. For instance, the Christmas edition of the 1967 4-Door Porsche 911. 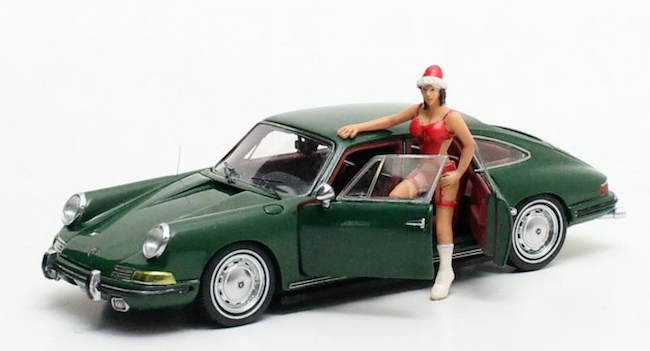 If you’re wondering what’s next from Matrix, well, it’s a lot. “We get many suggestions from collectors and we take them very seriously. Sometime the cars is planned already, and sometimes not, but we just make it if we see enough potential in it, said van Dijk. “At this moment we have thousands of files and for Matrix only about 200 models in development.”  We can’t wait to see what’s coming next.