How The American Flag Has Changed

Happy 4th of July to all of our Americans users! Today is a day to be especially proud and to be thankful for the American Founding Fathers and the effort they put in to get the country where it is today. Throughout history, the United States of America have evolved in numerous ways, including the many different styles of the American flag. In honor of Independence Day, we decided to take a closer look at the country’s flag and how the American Flag has changed into the star-spangled banner it is today.

Believe it or not, there was no official United States Flag for the first year after the Declaration of Independence was signed, although there were many different variations of homespun designs that citizens created themselves. The Betsy Ross Flag (Old Glory) was said to be finished in late May or early June in 1776. On June 14th, 1777, the Continental Congress adopted the national flag.

“Resolved: that the flag of the United States be thirteen stripes, alternate red and white; that the union be thirteen stars, white in a blue field, representing a new constellation.” 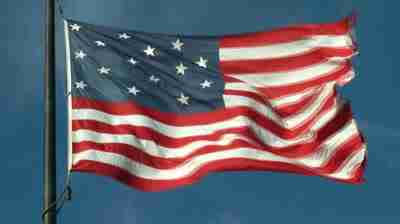 When Vermont and Kentucky joined the Union, two more stars and stripes were added on to the original design. As more and more states began to join, it became impractical to continue adding another star and stripe for each state. Although the addition of a new star for every state remained the same, the stripes were to remain at 13.

When the South separated from the North during the Civil War in 1861, the Confederate government created its own flag on February 9, 1861, containing 13 stars inside an X shape.  In fact, they would add up to 8 stars over the next few years to represent states that either joined the Confederacy or where claimed by it.  The Northern flag stayed unchanged throughout the war with 34 stars. 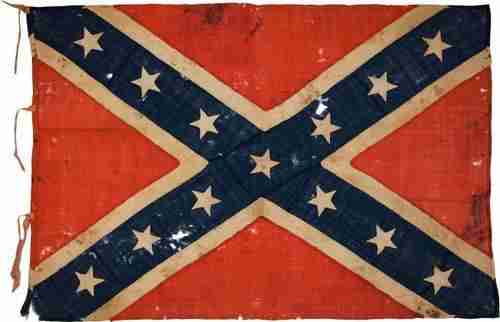