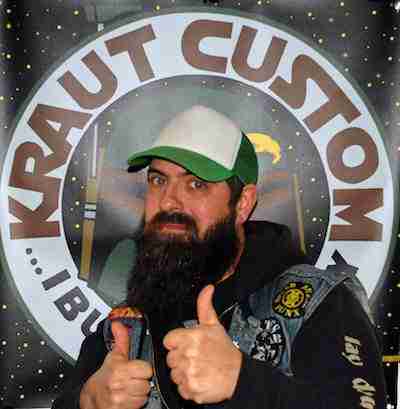 Most diecast customizers started collecting model cars early in life, and Karl-Martin Karle Sänger is no different. Well, his story is a bit different, as he grew up in Dresden, East Germany, so it wasn’t as easy for him to get his hands on such things. “I often received as a child Matchbox and Hot Wheels from West Germany. But I’ve really only been a Hot Wheels ‘collector’ since 2003.” he said.

With the falling of the Berlin Wall, toy cars were easier to find, but he still mostly admired them from afar. “When I went shopping, I always looked at the Hot Wheels cars and was delighted with the cool designs,” he said. I’ve never bought them. But in  autumn 2003, my wife bought me the first Hot Wheels for my collection. It was the Steel Flame, No. 014, which I still own and hold in honor.”

Despite having “several thousand” Hot Wheels cars now, he limits himself to being a completist on only a few castings. One of them is the Dairy Delivery, a popular choice among customizers. You can probably see where this is going, right? “I started to collect Custom models and so had my first indirect contact with Bryan Pope, Chris Walker, The Boxman, Al Gonzales, and many others,” he said.

So he got the urge to try it himself, calling his company KMS Krautcustom. And of course, the Dairy Delivery served as the basis for some his earliest custom work. 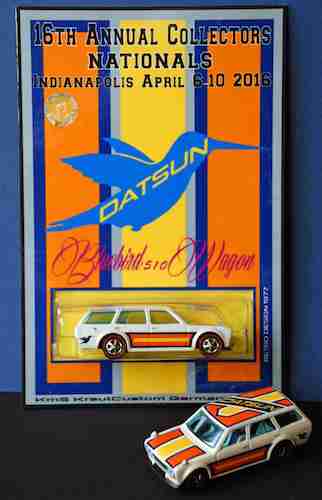 He created his first real custom model for Lorrie Davis, a collector from West Chester, Ohio, sparking a lasting friendship. “We met for the first time on the SuperToyCon 2015 in Las Vegas. In my first ever event, I won a 1st and 2nd place in the amateur field. Nevertheless, my sales were very poor.” So Lorrie has become his manager and agent, and sales have picked up. He won another first and second at the Hot Wheels Nationals in Indianapolis in 2016, and this time buyers noticed his models for sale. His custom Datsun Bluebird Wagon was a popular model at Indy.

“I’m particularly proud of my VW Drag Bus “Star Wars Boba Fett” series.” At first glance, his Boba Fett models might look familiar. After all, Hot Wheels did produce a Boba Fett car resembling the “Star Wars” bounty hunter… but it wasn’t based on the Drag Bus or the Kool Kombi like his are. For these models, Karl-Martin cuts the front of the bus to look like the Boba’s helmet. Designs range from impeccably new to severely battered. The result is unmistakeable. 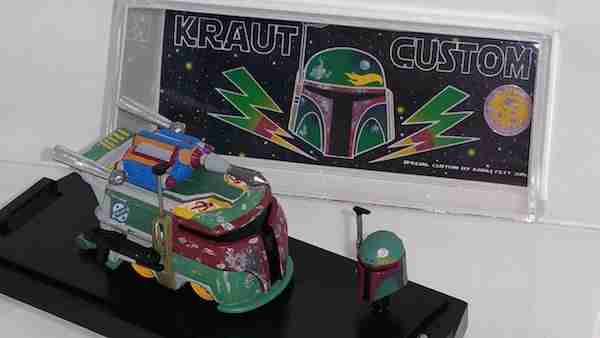 Although a lot of his models look beaten and weathered, he can also create crisp, pristine looking modes. as well. Many KrautCustom models feature hand-painted designs that are almost too perfect to believe. for example, the flowers on this Drag Bus are all done that way. 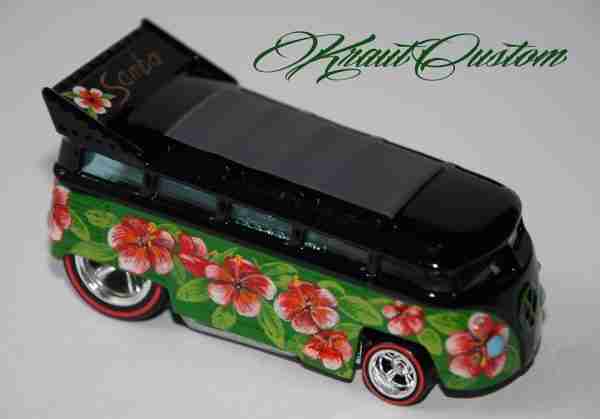 Meanwhile, he has produced several very limited runs of custom models, anywhere from a single unique build 5o maybe 5 or so copies. He plans to be at the 2016 Super Toy Con, but no longer as an amateur. “I am very proud to be a Pro Customizer within 3 years,” he said. 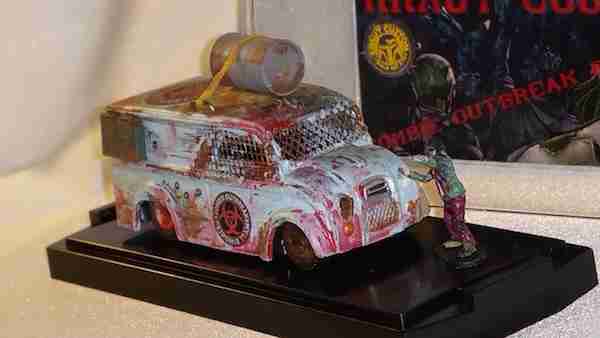