In 1969, I decided to make four kits of Formula One cars, but only three were produced. Unfortunately and for reasons I do not know, the tooling for Matra MS80 was never built.  It is so sad, that this kit for the was never issued. The car was the Formula One world champion in 1969. 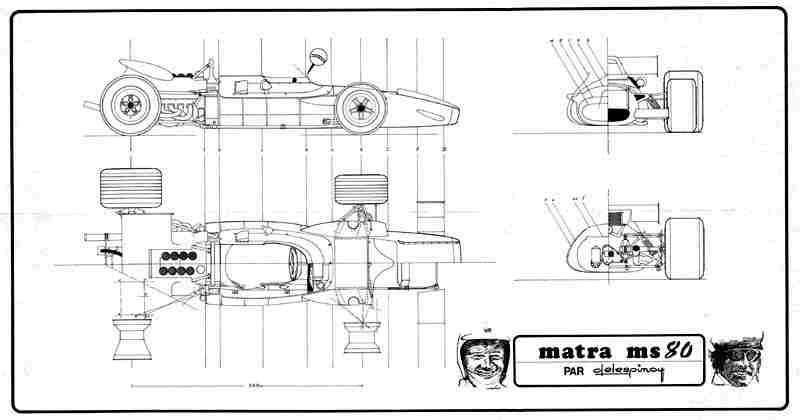 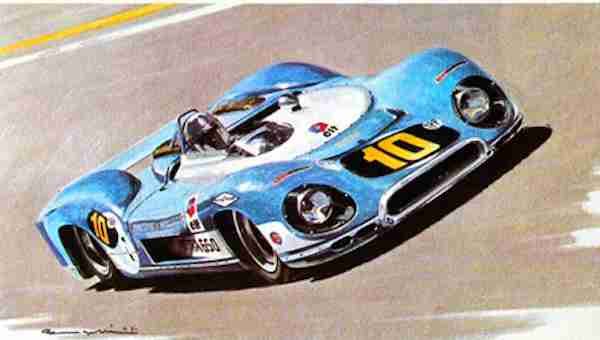 I think what might be my best drawing and kit concept was that of this MATRA MS650. Drawn in 1968, this model was never issued for an unknown reason.

It would have made the most detailed, most fantastic kit ever issued in the 1/24 scale.

The MATRA 650 was shown in the 1971 catalog. Why was it not produced remains a mystery to this day. Also shown are the Porsche 908, a revamped (and inaccurate) Porsche 907, and the Ferrari 512M that was issued that year. 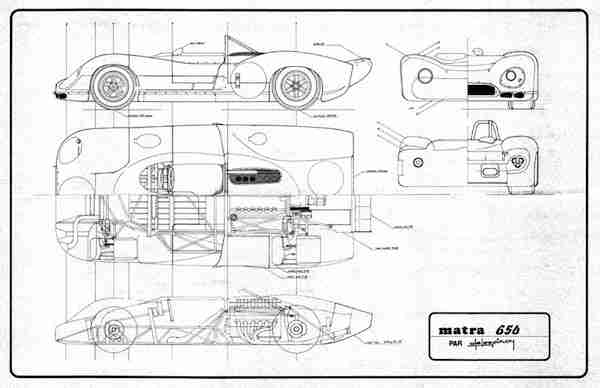