In 1969, I decided to make four kits of Formula One cars, but only three were produced. Unfortunately and for reasons I do not know, the tooling for Matra MS80 was never built. But the basic 3-view and parts-distribution drawings did survive in my files.(We’ll cover that kit in a future entry) 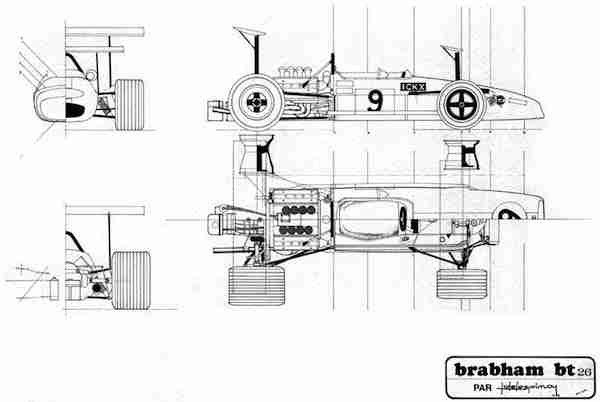 This was the Brabham BT26 car driven by Jacques Bernard “Jacky” Ickx, the first to use the Ford Cosworth DFV engine. I drew the engine only once for the Lotus 49 model, as the tooling was a separate mold for all three models. (We’ll cover the Lotus 49 in a future post.)

I painted this for the 1970 catalog in less than 1 hour, because time was of the essence. It is done with China ink and water. 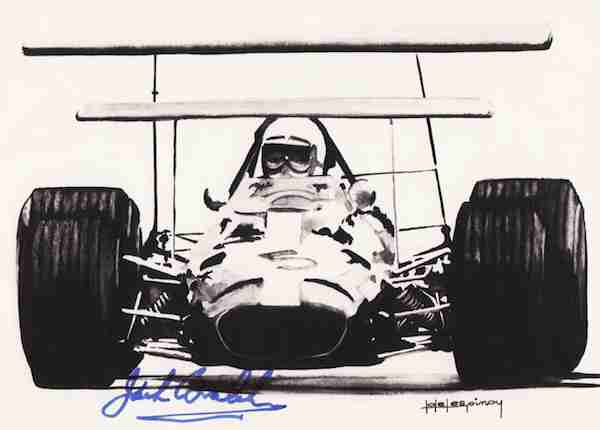 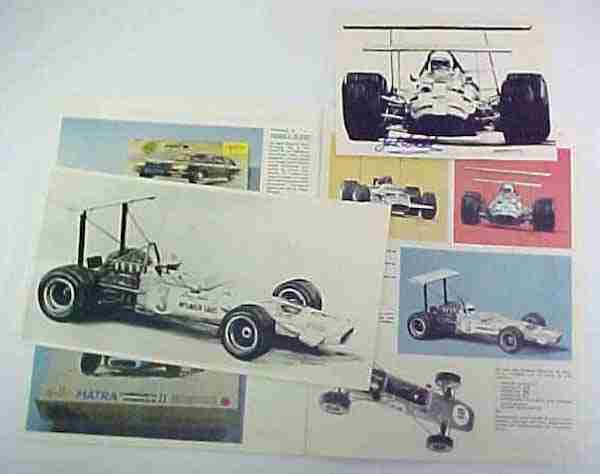 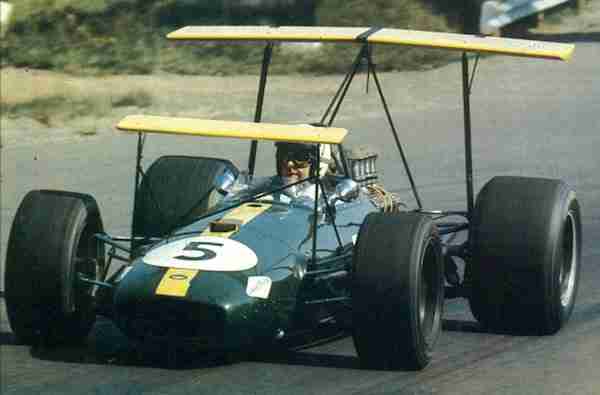