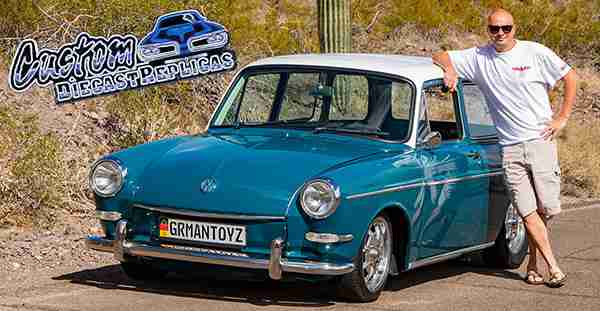 We’ve featured a number of customizers who make models of wild hot rods, stretched, chopped, and reassembled into strange new rides. In most cases, the cars start with a familiar model from Hot Wheels or some other company and details are added, subtracted, and mixed in.

Looking at some of Custom Diecast Replicas’ models, you might wonder what exactly was changed. Most of them look like fairly stock cars. The changes are sometimes as simple as new paint. (We say “simple,” but that task usually involves recreating graphics and other details that are lost in the process, so it’s a lot of work!)

Here’s the catch… most of CDR’s models are special ordered by an individual who wants an exact replica of his or her own real car. “I do 90% of all my work in 1:18 scale,” said Jon P Wood, who has owned the company since 2012. “I’ve ventured into doing some 1:24 scale replicas when there is not a donor or starter car made in 1:18 scale.”

The challenge grows when the donor model is a slightly different year or body style from the target car. Turning a fastback 1967 Mustang coupe into a 1968 Shelby convertible involves a lot more fabrication than you might think.

“Every car has its challenges,” Jon said,” but I think the custom built Volkswagen Drag Bug was one of the most difficult.” It started as a regular MiniChamps Beetle. The running boards were cut off along with the head and tail lights. All trim removed and filled, filled and custom items were built from scratch.

Custom hoods, spoilers, all kinds of details are often fabricated from scratch. “There have been some custom front and rear bumpers that I have done also that was quite time consuming,” Jon said. That’s how a GMP Pontiac GTO became this Holden Monero model below. (Oddly enough, in real life, the Holden served as the basis for the GTO.) 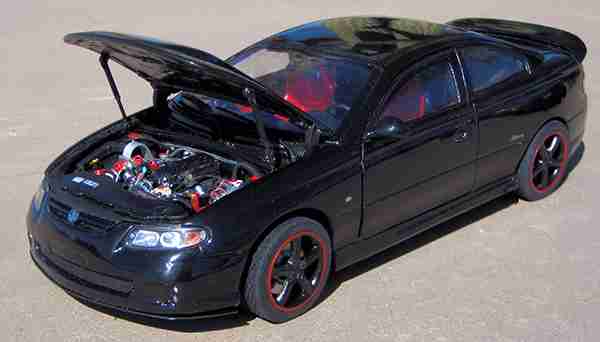 Prices for specific models will vary with several factors… the cost of the donor car, the amount of time fabricating custom parts, and complexity of the graphics. You can learn more at their website or on Facebook.

Love the Drag Bus!  Nice to see this customs made in larger scales, too.

thank you! I enjoyed making it for the customer! they are thrilled with the outcome.