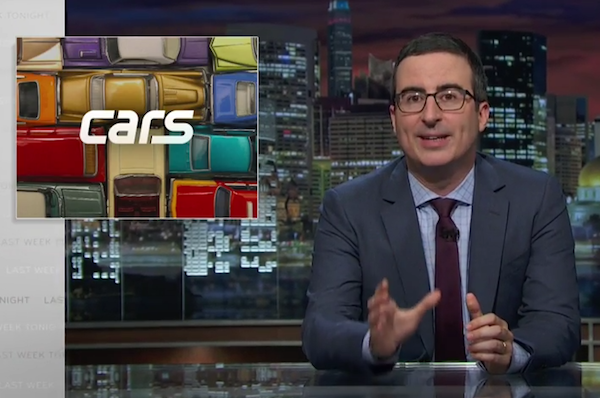 If you watched “Last Week Tonight” with John Oliver this past weekend, you may have noticed an interesting graphic on screen during one segment… He was discussing the epidemic of shady, even predatory, used car financing, and this image appeared over his shoulder several times: 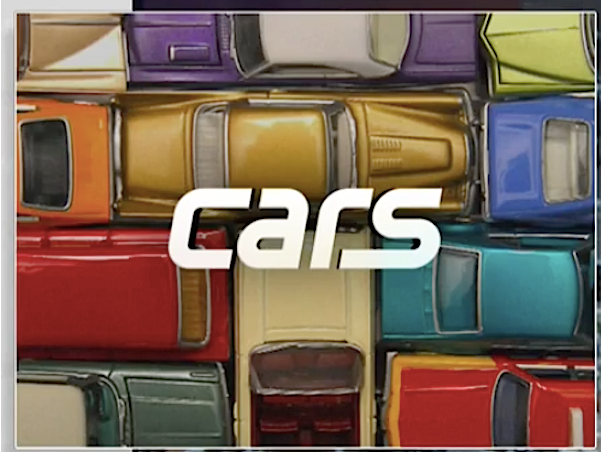 As you can see, the cars are clearly some sort of small models. Regardless of your politics or interest in the story at hand, this is a pretty neat sight for diecast collectors. So, we’re going to toss this one out there to you hobbyDB Users… can you identify the brand, scale, and make/model of the cars in the graphic? (We’ve identified several of them already, but we want to leave the fun up to you!) As a handy helper, here’s the graphic again with each car numbered. Respond in the comments below, and we will publish them later! 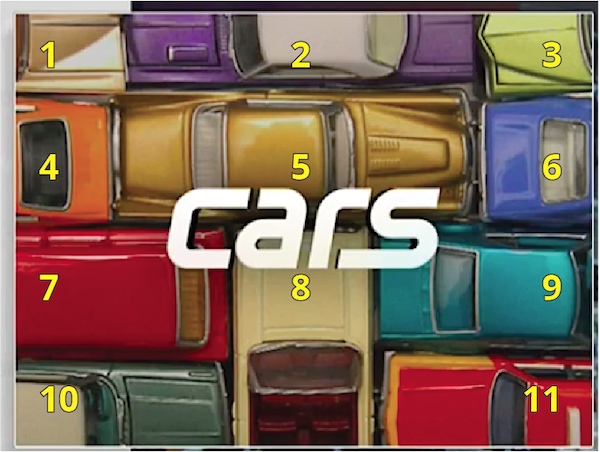 Also, we know that some of these cars are already in our database, but if you can identify any that aren’t, would you mind adding them?

And if you want to watch the segment, you can find it here. It’s on HBO, so there  will definitely be some salty language. So, maybe watch the clip after work or with your headphones on. Enjoy!

UPDATE! Several folks have emailed us with at least part of the answer… let’s see if you can fill in the rest. First of all, these are all Johnny Lightning 1:64 scale cars, as most people figured out.

Here are the ones that have been correctly identified so far…

Number 4 looks like a Chevy Vega, and I think 6 is an AMC Hornet?

I think you’re right on the Vega… can anyone else confirm the Hornet or identify the others?

We got a comment from somebody knowledgeable that remained anonymous, here it is: “Car #2 is a 1970 Coronet Super Bee, Car #4 is definitely a Chevy Vega and Car # 8 is a Lincoln Continental Convertible”.  Now we just need to find out who made them and in which series.