August 16 marks the 39th anniversary of the death of Elvis Presley. Despite almost four decades passing since then, he still remains a pop culture icon and musical powerhouse. Today we’ll be posting some of our favorite Elvis related items on our Facebook page. We also want you to meet Wayne Elvis Creeden, who curates our Elvis Presley subject page. 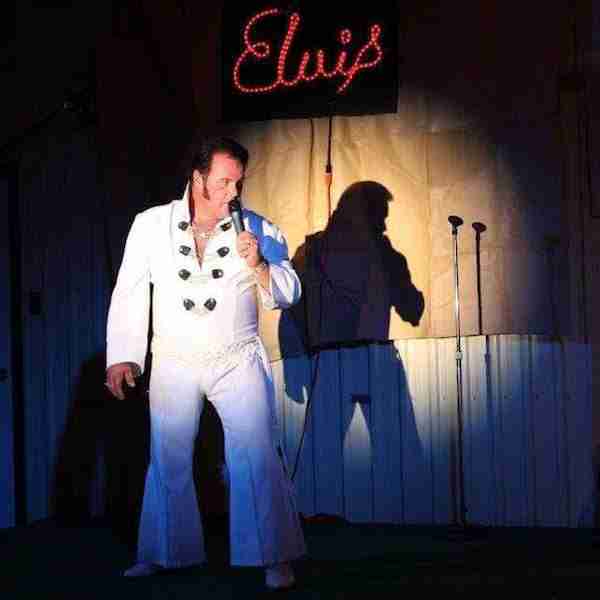 “What sparked my interest in Elvis was his personality and graciousness towards other people,” said Creeden. When he was sixteen, a friend commented that his voice sounded like Elvis. “He said we should go out and sing so we did… it started from there and continued until now I’m 56.” If you do the math, that means he started impersonating the King around 1976, making him one of the earliest to do that.

“My favorite era is 1968-73,” Creeden says. That would be early in the jumpsuit era, when Elvis was still a fairly trim thirty-something. His favorite songs include “American Trilogy” and “In The Ghetto.” And yes, Creeden has competed with other impersonators on stage, in full costume. “First time I went to the Elvis fest in Collingwood, Ontario I placed 18th… I was 42 at the time.”

I’ve been to Graceland,” he said. “It’s awesome, and everyone should go at least once. It’s just cool to see the way he lived and his cool things he owned.” In the meantime, you should visit hobby and punch in “Elvis.” You can see what’s in our database and we encourage you to add anything you have in your own collection. Thank you very much!