A long time ago in a galaxy far from the Star Wars universe, there was one sci-fi franchise that had re-defined the rules for exploiting intellectual property and really changed two mediums forever; film and television. Of course, we’re talking about Star Trek. 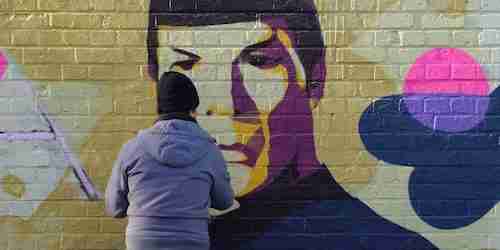 What people forget is that even during the original series’ legendary run on NBC from 1966-1969 when it was beset by less than stellar ratings and some scathing reviews from the critics, merchandising was somewhat ubiquitous for the time, even compared to popular shows like Davy Crockett (with its famous coonskin cap) in the ’50s and Bonanza in the ’60s. There were, of course, the juvenile novel “Mission to Horatius” and the early James Blish novelizations that Bantam Books published much to the chagrin of serious sci-fi author and editor Frederick Pohl, but the imprint was minting so much money, what did he care? And, of course, there were the legendary AMT model kits. In fact, the story is that AMT was so excited about the new space opera that, in exchange for the right to merchandise the Galileo shuttlecraft, they agreed to create a life-size Galileo shuttle and miniature for the cash strapped production. This would go on to become one of the great spaceships ever to appear onscreen. 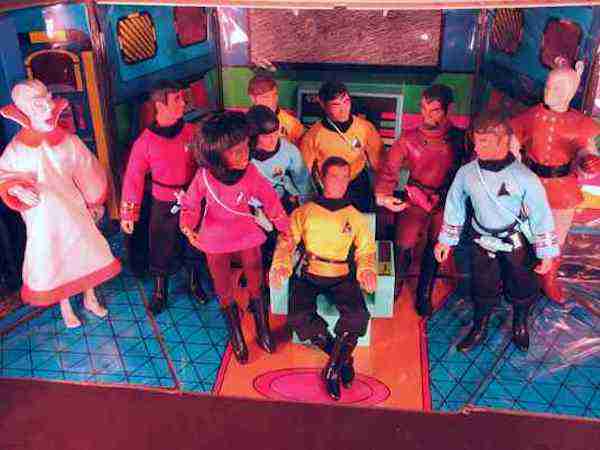 Years later, after the success of Mego’s Planet of the Apes line, as the series began to explode in syndication, the toy company under the aegis of Martin Abrams licensed Star Trek. They put out a line of action figures, followed by communicators, bridge and planetary playsets (like Mission to Gamma 4, loosely based on the second season episode, “The Apple” – without David Soul, of course) and, of course, the legendary Trekulator, an early calculator. 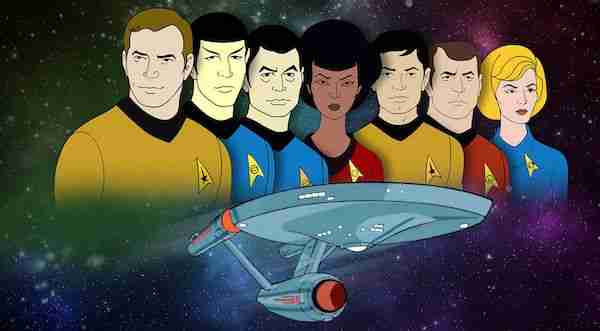 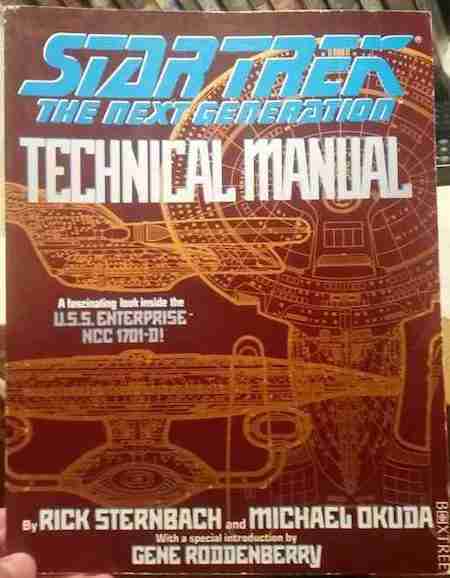 But other franchises had toylines, like the aforementioned Planet of the Apes, and novelizations as well. But Star Trek, as it would do for many decades, continued to boldly go where no sci-fi franchise had gone before. At the end of the second season, there was the legendary Making of Star Trek, an insider look behind-the-scenes of the making of the TV series, a book that like The Jaws Log a decade later, inspired a generation of kids to become film and TV writers (myself included). Years later, Bantam not only novelized the animated series with Alan Dean Foster’s marvelous Log adaptations which were also massive bestsellers but published the beloved Starfleet Technical Manual and Blueprints by Franz Joseph which gave fans an exclusive look at the technology of Star Trek, as well as the fleet itself.

How could a young Star Trek fan forget leafing through the Technical Manual for the first time and not being blown away by the schematics of the ships in the fleet, including the Dreadnaught Class, and the UFP flag? There were even Fotonovels, indispensable episodic photo novelizations of several episodes featuring stills from the episodes with word balloons. Eventually, these faded away into obscurity in the early ’80s with the emergence of home video (as if the cheapo black and white Fotonovel version of Star Trek II wasn’t proof of that after the beautiful ST: TMP of 1979, one of the format’s highlights.). 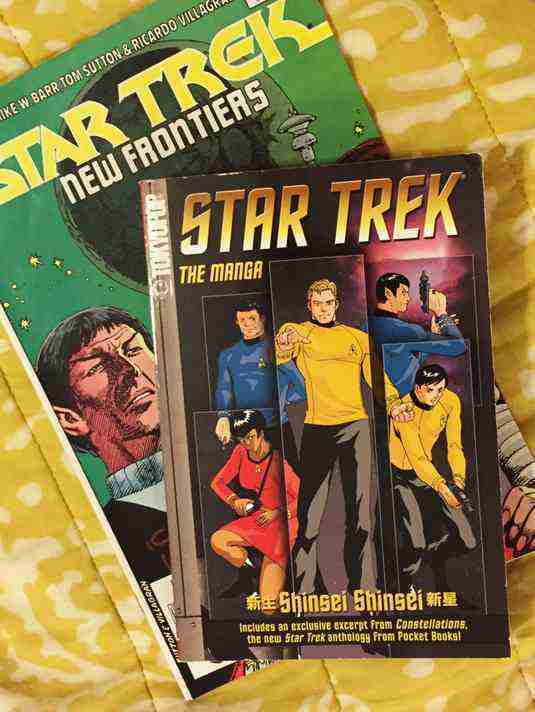 In comics, the imaginative and stunning Gold Key Comics series debuted but calling them Star Trek was a stretch. The artist, legendary Italian penciller Alberto Giolitti, had never even seen the series, so you had exhaust coming out from the Enterprise’s nacelles and those invaluable landing party backpacks the crew wore among other inconsistencies with established Trek lore. This gonzo series set the tone for the many Trek’s to come as the license later made its way to Marvel.

When Marv Wolfman left Marvel to jump to DC, he left a cliffhanger in his wake about a haunted house in space to be resolved by other writers. Later, after Marvel lost the license, DC jumped on the Trek bandwagon, only to have Malibu license later properties (full disclosure: I wrote many DS9 comics for them, my favorite being Deep Space Nine #0: Terok Nor, the favorite of the many comic books I wrote at the time) and revert back to Marvel after Malibu’s acquisition. Later iterations became the province of IDW, where the property remains to this day. 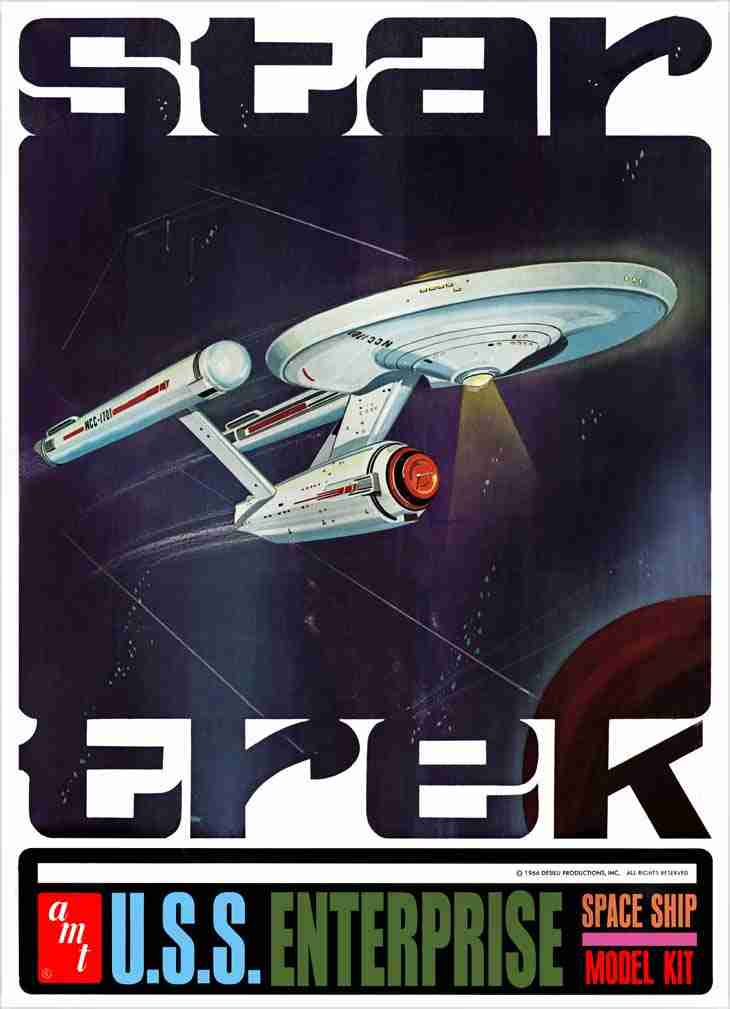 By 1979, after the Star Wars juggernaut had shown the real power of licensed merchandising, Star Trek was playing a perpetual game of catch-up. And while the Mego ST: TMP toys were a bust, along with a lot of the other spin-off merchandise of the era, the first Star Trek feature film does have the distinction of being emblazoned on the first McDonald’s Happy Meal (interesting for a bald Deltan character whose oath of celibacy is on record). Although even the successful Wrath of Khan boasted some merchandise like official magazines and the last Trek Fotonovel, it wasn’t until the 1987 debut of The Next Generation that a robust licensing program returned. This not only mined the new series for a line of new novels but toys from Playmates from both the new show and classic series, Christmas ornaments, and many other merchandising offshoots.

But despite being a franchise that, at the time, trumpeted bringing over $2 billion into the coffers of Paramount, the master had truly become the learner, dwarfed by the sheer earning power of the Star Wars movies and massive merchandising program. Star Trek will continue to live long and prosper, but the force was clearly with Star Wars and will likely be for many generations to come. Next, included.