From Critic to Curator: A Hot Wheels Collector’s Tale

For all the growing popularity of hobbyDB as a research place for collectors, we still run into folks who aren’t initially impressed with our site. We’ve been working hard to make the site more flexible, easier to use, and more powerful in its capabilities (and we know there are still issues!) But the most important resource we have to make hobbyDB the best it can be is you, the User.

We ran into “Jay C.”, a Hot Wheels Collector from Canada, in the comments section on another website, and he was critical about what he perceived as a lack of certain information about Hot Wheels cars. Sure, we have over 40,000 entries for Hot Wheels on hobbyDB, but he had a great idea for additional characteristics that could be used to identify and  differentiate models.

Jay thought we could include baseplate identification information in our database, which we thought was a great idea. It’s a huge undertaking, but worth the effort.

Which brings us back to the point about our Users. YOU are the ones who can help fix shortcomings like these. Of the over 200,000 items on our site, over half of them have been added by Users one at a time. Useful features like our Wheel Types identification guide were built by Users.

Jay joined us for an interview since beginning the project. Here it is, edited for length.

When we first heard from you in a forum on another website, you weren’t very keen on hobbyDB. What was your frustration? 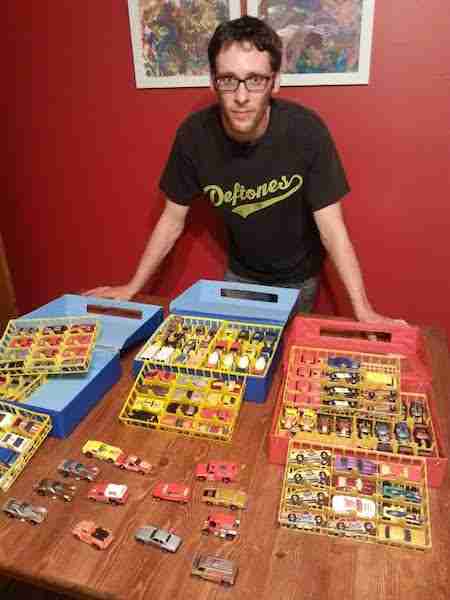 It’s true, I wasn’t very pleased to have to move from a Hot Wheels centric database (South Texas Diecast) to an all encompassing website with features that I initially found difficult to navigate and interpret.

So as anyone does these days, I vented out my utter frustration in a comments section, describing in great detail how, in my opinion, hobbyDB was missing the target on some aspects of Hot Wheels collecting. I knew that the old database we were all using before had been imported in its entirety on hobbyDB, but I just couldn’t seem to find a way to search it efficiently.

Turns out, people at hobbyDB read these things, so after some back and forth with Christian (whose patience is the stuff of legends, and whose thickness of skin defies our current understanding of human biology), we exchanged e-mails and phone numbers and had a good chat.

What changed your mind?

I wrote a long e-mail with examples, ideas, and other ramblings that I thought would help get Hot Wheelers on board with hobbyDB and then chatted over the phone with Christian in response. He schooled me on many aspects of the site that I did not know, and I told him about some quirks of Hot Wheels collecting that hobbyDB would benefit from knowing, in order to make searching and cataloguing more efficient and more fun.

I was also aware that the current hobbyDB design and layout might work perfectly for other types of collecting that are thriving on the site, so I tried to think about ways to enhance hobbyDB’s Hot Wheels game without ruining it for everyone else.

What made me change my mind was the immediate attention and response of the hobbyDB team. They were fully in tune with the community, actually made the transition a lot easier, not to mention the fact that they actually care about user feedback, which makes a huge difference to me.

You’ve started adding detailed information about Hot Wheels baseplates. Do you collect based on these differences? 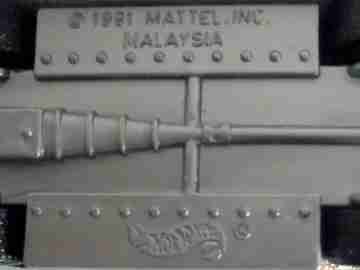 Indeed, one of the things we discussed over the phone was the baseplate copyright year of the cars. As you might know, the year under a Hot Wheels car is not the year this particular car was released by Mattel, but rather the year Mattel acquired the rights to make the car from the manufacturer. So even brand new cars that you buy at Wal-Mart today might have a baseplate year from the 1970’s, but you’re just buying the 2016 release of that casting. If you have a car with a baseplate year of 1981, you can be pretty confident its first release was 1982 or 1983.

Personally, I don’t collect based on this, but it’s a crucial part of my collecting habits because I mostly buy old loose cars, and the actual name of the car is not always stamped on the base (like the Peugeot 405, among many, many others), and all you have to identify it is the year on the base of the car.

Since the fields in every collectible profile on HobbyDB allow for a lot of freedom, Christian offered me the chance to set up and curate some baseplate years on the site, which I gladly agreed to do.

The goal is to list every first edition of Hot Wheels casting by baseplate year. So you’ll be able to scroll through a list of cars that have a given year on the baseplate, locate your casting, and then click the variants button to locate your exact car. 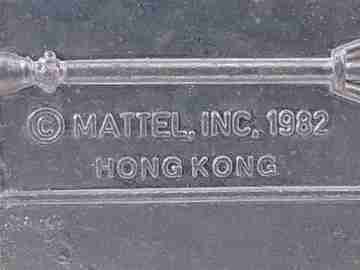 Now, I don’t have encyclopedic knowledge of Hot Wheels castings, which is why I still need pictures to put a name on some cars, so I encourage other Users to chime in when they see a missing casting for a given year. Ideally, only the first editions of every casting will be listed for each baseplate year, so if you have a car with a baseplate year of 1981, it might not be the first edition of that car, so the car you see under the 1981 baseplate year list might be the same casting, but of a different color than the one you are trying to ID. But you’ll be able to click on it anyways, and then hit the variants button to identify your exact release of that casting.

What other information do you think would be useful to collectors in our database?

Again, speaking from my own loose car collector perspective, I think being able to quickly find the “Made in” field in search results or variant lists would speed things up even more. Sometimes, this is the only difference there is between identical cars. Was it made in Hong Kong? Malaysia? France?

Actually, the quantity of information available for each car on HobbyDB is amazing, it’s just a matter of tweaking how it’s organized. For example, after clicking the variants button, you see a list of folders that represent the series through which this casting was released: Flying colors, First Editions, Mainline, Workhorses. However, when you have a loose car, you don’t always know which series it came from, so you have to browse back and forth until you find your exact release.

One solution would be an “ALL” button that will list every variation of a given casting in one place regardless of the series it came from, similar to the arrangement on South Texas Diecast.

What is your favorite casting or series of Hot Wheels?

I absolutely love the Nascar type racers from the 80’s. Cars like the Mirada stocker, the Front Runnin’ Fairmont, Mountain Dew Stocker, Flatout 442! The tampos are great on these and they look awesome when you have them all together in a display­. As far as more modern releases go, I was a big fan of the Classics (that antifreeze green could end wars) and Drag Strip Demons series.

How many Hot Wheels do you have, and how long have you collected them?

Last time I checked my list, I had around 2000 carded cars from 2005 to 2016, and around 300 loose ones, mostly blackwall era cars from the ’80s. The carded cars I have are mostly classic old cars like muscle cars. I’ve been collecting Hot Wheels since 2006. I started keeping carded cars when I ran out of space to open them and display the loose ones, and over the years I started focusing more on loose oldies.

What else do you collect?

I have a bunch of old video game consoles and games, but I wouldn’t call myself a collector. I guess that’s the disease… You don’t think you’re a collector until your friends and family come over and start freaking out over how much crap you got.

As we mentioned, the baseplate project is a huge undertaking, which Jay has graciously started on his own. The next step is to link every vehicle to the correct baseplate year. If you have some knowledge of this particular detail and want to help, let us know and we can arrange to have you join in!

I agree with Jay. When it comes to Hot Wheels, as much information as hobbyDB has, it’s very difficult and time-consuming to weed through it all to identify a specific variation. I really miss the old grid format of the South Texas Diecast site and how easy it was to compare the details of every variation of a certain casting. I’m hopeful that hobbyDB can create some sort of “grid view” that would allow for this kind of quick identification. That said, thanks for all you guys are doing!

Thanks for the reply.

The sort of grid view that you are talking about was one of the main points of my conversation with Christian. I’m a corporate trainer, so I have access to e-learning software at my workplace. I’m planning on building an animated interactive demo to translate our phone convo into easy to digest visuals. I’m 100% convinced that hobbyDB will become the prime place for Hot Wheelers, and I’m grateful that the Hot Wheels community is giving the site the chance it fully deserves.The people here are seriously great.

Sounds good, Jay. I’ll look forward to seeing the results of your work.

One of the major issues we face is that we have many more variants now then South Texas Diecast had, see for example the Dairy Delivery First Edition, we now have 5 variants for that with 3 based on their respective cards.  We need to find a way to show the main variations (so only one or two of the 5 First Editions here) and still allow others to dive deeper.  We are working on some concepts for this.

Very interesting post!  It certainly is difficult to meet the needs of each collector group and category of collectibles, but I know the HobbyDB team can do it.  The search interface will likely have to a level of customization that fits each collector type like switching between a grid and list view.