Redlines to Treasure Hunts: A Labor of Love

hobbyDB Team: We are VERY excited about Dan Hornberger’s documentary film project “Redlines to Treasure Hunts” and are pleased to welcome him to our blog with his latest update. “Redlines to Treasure Hunts” is a full-length documentary on the history and collecting world of Hot Wheels. Dan currently has a GoFundMe to get completion costs for the film and is hoping to have it finished by early 2018.

I’d like to thank the folks at hobbyDB for giving me the opportunity to provide an update on the film. 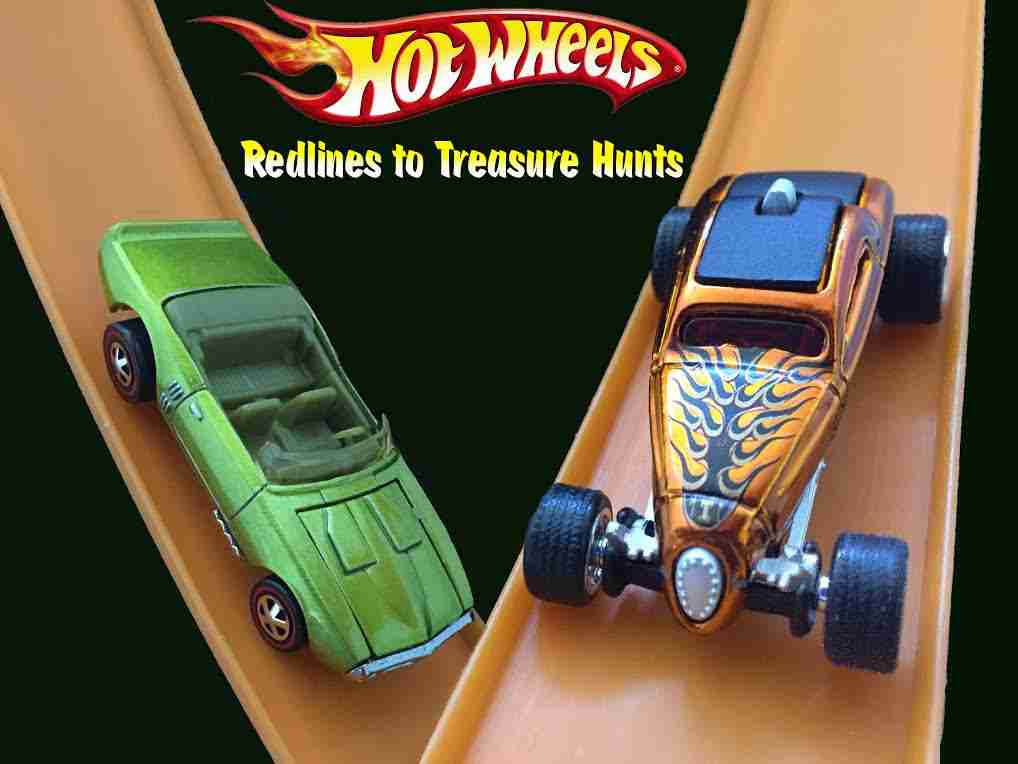 First…a little background on the film: After producing the documentary STANDARDIZED, an exposé on the standardized testing industry that plagues public education, I began looking for other documentary projects, especially those with a lighter tone. I initially thought about a project involving toys from the 60s and 70s (i.e., Major Matt Mason, Vertibird, AirDevils, Creepy Crawlers) so I attended a local toy fair/flea market. After seeing dozens of tables of Hot Wheels and spotting cars I had when I was a kid, I knew I had my next project. I observed the vendors’ and collectors’ passion; I saw how excited the kids were as they scanned the wide array of cars.

I started researching and discovered an entire subculture of people who love these toy cars. I also quickly found out that Hot Wheels is not your ordinary fad (such as Beanie Babies, Longaberger Baskets, or Cabbage Patch Kids). These toys have been going strong for almost fifty years. I knew that the origin of these toy cars, the different phases of their development, and the dedicated collectors would make a compelling documentary. 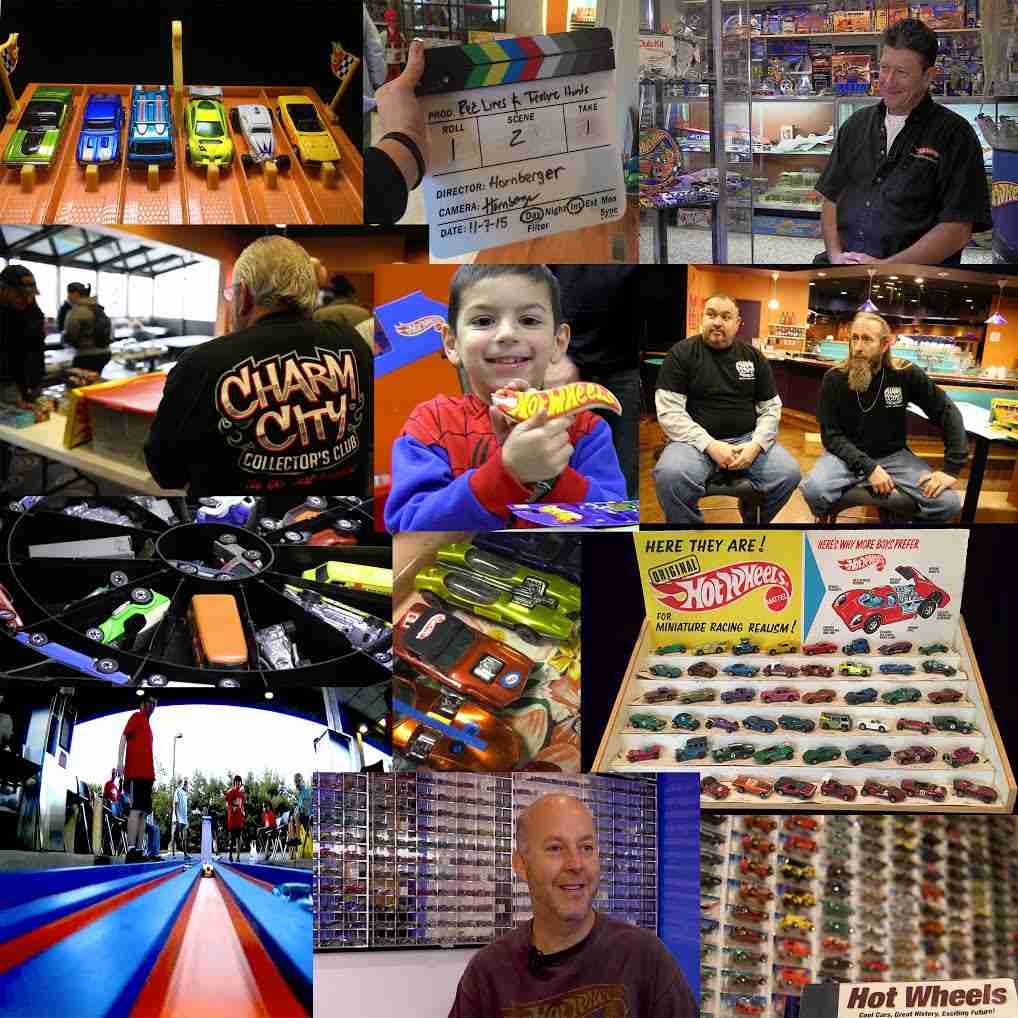 I wrapped up the interviews a month ago (however, I’ve recently learned of another exciting potential interview, but I don’t want to reveal any more just yet). Sure, we interviewed the giants of the collecting world: Mike Zarnock, Bruce Pascal, Larry Wood, all of whom were friendly, accommodating, and supportive. I’ve been feverishly transcribing all of the interviews. Let me tell you, writing a blog entry beats the tedious transcription process. I’m nearing the end of that stage, but it has been a slow, painstaking phase; however, it’s highly necessary if I want a much smoother editing stage.

I often think about all of the great people we’ve met along the way. We:

Spent time with the SJPD and Charm City Collectors’ Clubs (thank you to all of the members!) 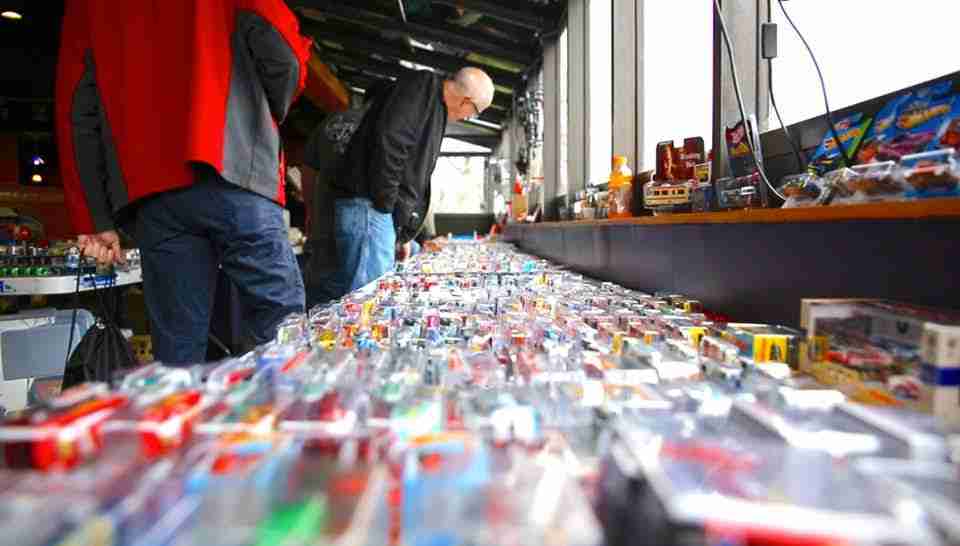 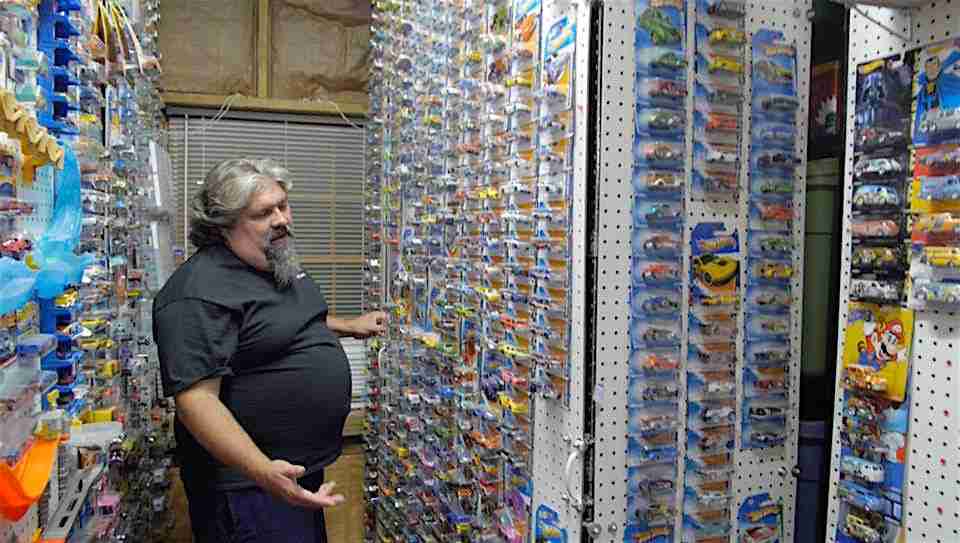 Kirk Engle amidst his collection 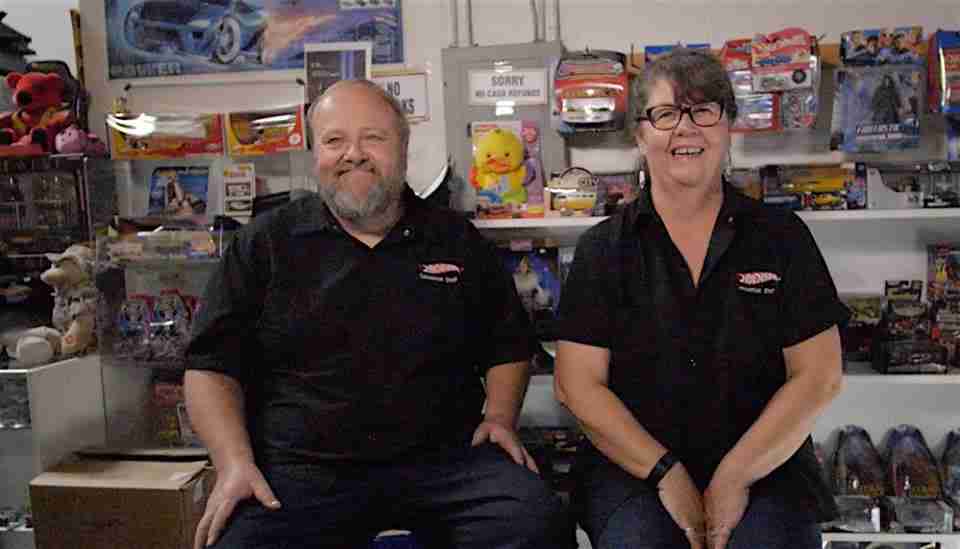 Experienced four days of crazy fun at the National Convention in Indianapolis; we came away from that event with eight hours of footage and the experience of meeting dozens and dozens of very nice people (including hobbyDB’s own Christian Braun and Robert Graves) 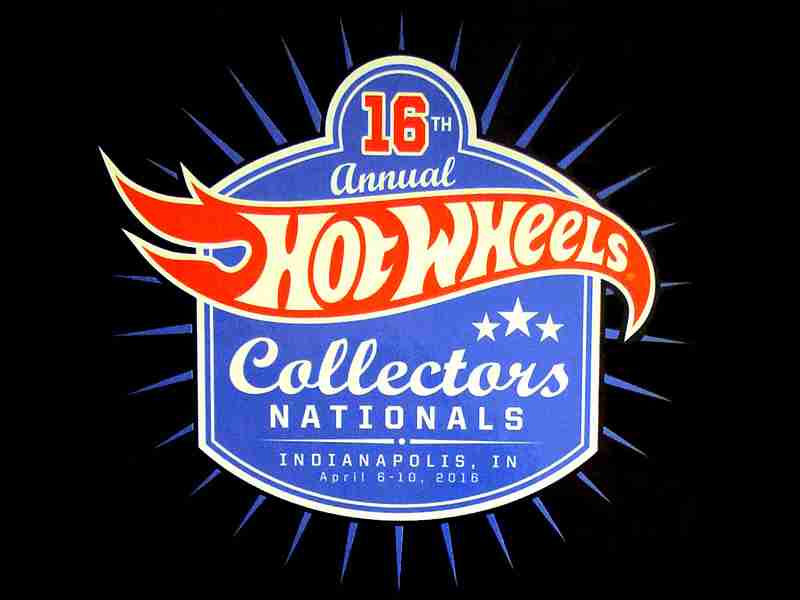 Traveled to SoCal and paid a visit to Mattel, who arranged for us to interview Jimmy Liu, Steve Vandervate, and Brendan Vetuskey 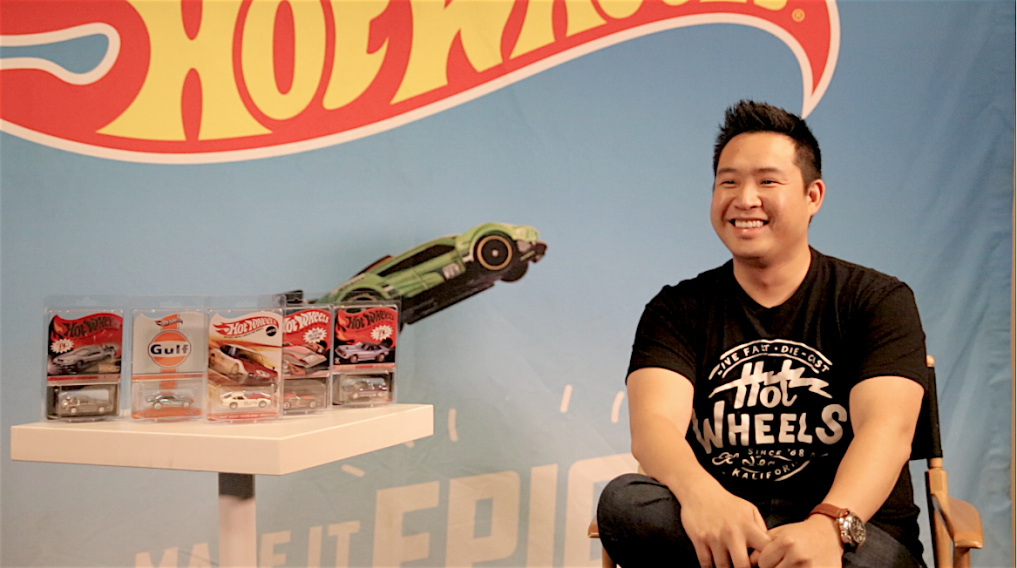 And we accomplished so much more. I feel compelled to say that this project has allowed me to:

So what’s next? Well, I’ll finish the transcriptions by next week, and I’ll immediately dive into cutting the film. The toughest part of editing will be narrowing hours and hours of footage into a 90-minute doc. My rather optimistic goal is to have a rough cut completed by late November. In the meantime, I’m hoping Pete can continue cranking out cool tunes, and I’ll spend more time trying to raise money for the budget. Of course, we want the film shown on the major streaming venues so the Hot Wheels’ community can watch it. But before that can happen, we need to enter a few film festivals and, hopefully, deal with numerous distribution offers. Our official fundraising page is www.gofundme.redlines.

I’ll continue to post updates on the official site: www.redlinestotreasurehunts.com, and the film’s FB page. By the way, I’m entertaining another title: The Hottest Wheels. Let me know what you think in the comments below.

With more hard work, more money in the budget, and a little bit of luck, this film will be completed just before the 50th Anniversary. How cool would that be?

Well, so much for a break. It’s time to get back to transcribing. No rest for the weary.
Take care!
Dan Hornberger

Dan, all the best with the project!

So terrific I am thrilled about your project. I have been to five conventions and have collected Hotwheels since 1968 to 1971. Then in the modern era from 1994 to now. It is a terrific hobby. You might want to cover collectors who frequent these blogs. I have been for years. See the photography on Instagram and the talent people have for photographing these toys. Also talk to collectors with amazing collections to show are passion. I will be hitting the go fund me page and I can’t wait to see the film.

Super excited about seeing this. Hope you get the necessary exposure and funding to see this project reach its full potential and become accessible to mainstream viewers like myself. Good luck.

Hi Glen, we are equally excited.  I will ask Dan to give us an update here.