Over the past two years, we’ve contributed articles to Die CastX magazine for publication on their website and in their quarterly print edition. We hope you enjoy reading about the back story of a couple of very different Mustang diecast models.

Suppose someone offered you a choice between two vintage Mustangs. The first is a 1967 Shelby GT 500. The second… a 1976 Mustang II Cobra. Easy choice, right? With emission controls, fuel efficiency goals, and new safety standards, by 1976, most cars were slower and less attractive than their predecessors. In fact, the ’67 probably represents the high point in Mustang performance, while the Mustang II easily is the nadir of the marque.

Okay then, let’s take a look at some 1/18 scale models of these two cars. In lane 1, we have the Road & Track edition of the 1967 Mustang from Auto World, which you can pick up for around $85. And in lane 2, the 1976 model from Greenlight, going for around $45. If you can set aside your feelings about the real cars and just consider the models as well as their relative prices, the comparison is closer than you might have guessed. 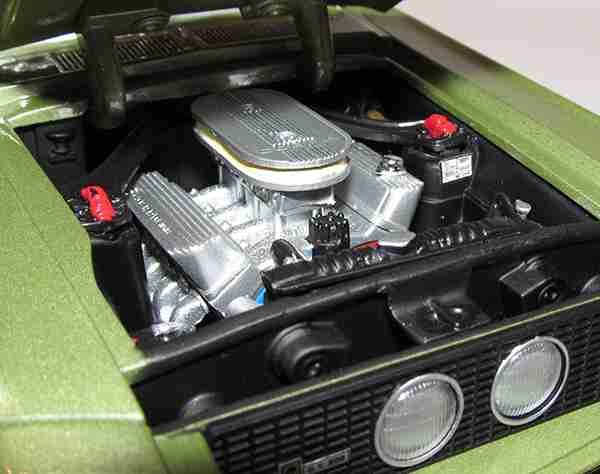 Under the hood, the ’67 is very detailed, as it should be at that price. But the ’76 has a surprising amount of detail including braces hoses, and quite a few parts with separately painted bits. Honestly, they are pretty much on par with each other here. 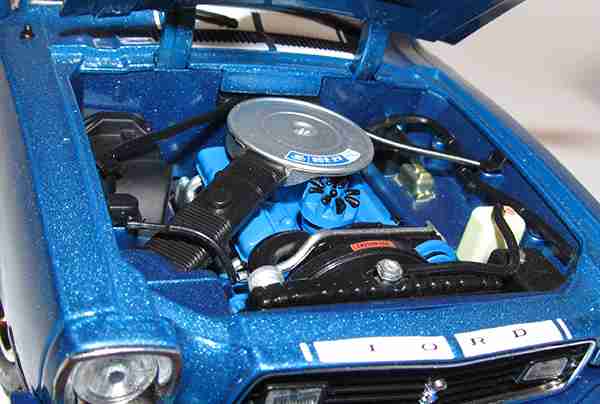 A look at the chassis tells you the detail is worth the extra bucks on the ’67, right down to the body color overspray on the undercarriage. The chassis on the ’76 is a bit more basic, but still nice. Worth noting for both cars: The packaging eschews the usual screw-on base for a form fitting blister insert. The payoff is that neither car requires big, ugly mounting tabs that otherwise mar the design. Let’s hope that’s a continuing trend.

A peek inside both cars reveals a lot. Wait, before you get in, something amazing happens when you open the doors of Greenlight’s Cobra: the front edge of the door dips into the body, mimicking a real door hinge. This is a marvel of miniature engineering, really, something you probably have never noticed or cared about until now. Anything less real will never be the same. 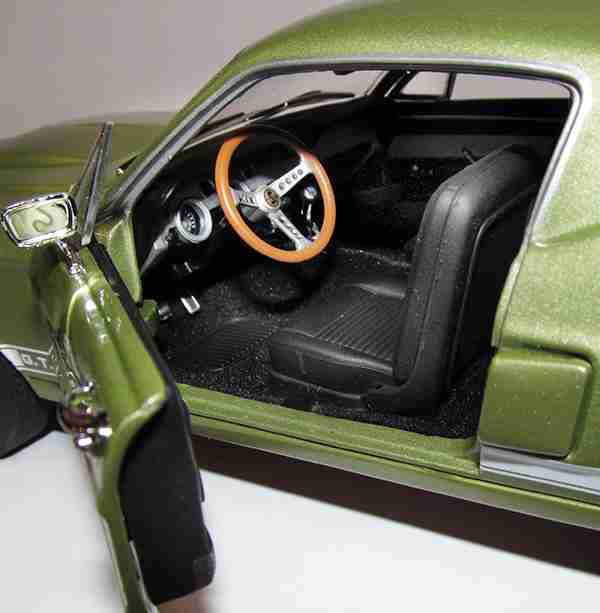 Now let’s go inside. The black interior of the ’67 matches the spartan, utilitarian look of the real car, mixing matte and shiny surfaces throughout. It’s accurate, but nothing unusual. The interior of the Mustang II is far more opulent… the carpeting is flocked with fuzzy blue material. Say what you will about other aspects of 1970s cars (we already did), but velour is fabulous stuff. And the rest of the details are on par with the carpet treatment. Heck, you can even get a really good look at the insides with the rear opening hatch. Greenlight really outdid themselves on the interior of this model. 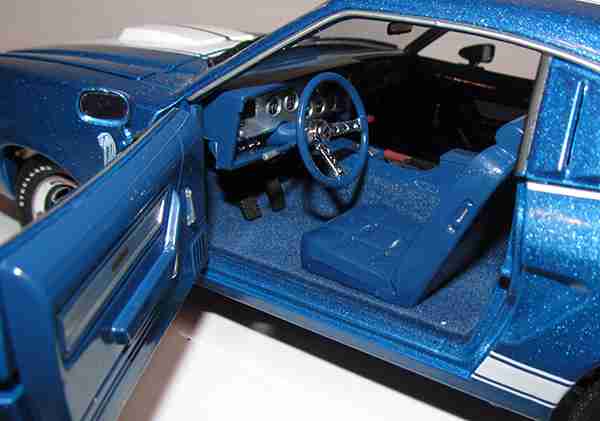 For two cars that represent the opposite ends of the performance spectrum in real life, these models are much closer in desirability than you might expect. Both are well packaged with fun graphics, making you think twice about whether to display them loose or in the box. Even the pickiest Mustang enthusiast will have to admit the Greenlight Mustang II would be worth having on their shelf alongside all your other 1/18 ‘Stangs.