This article was originally written for Rareburg, who in December,  joined forces with hobbyDB to provide an excellent source of collectible knowhow for the community.

Amongst collectors, an area that gets discussed a lot is Star Wars toys reproduction weapons. Good or bad, they are an increasingly common part of collecting. 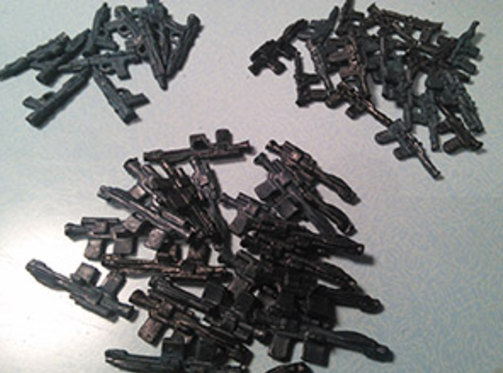 When Star Wars collecting started to pick up in the early 90s, you could quite easily hunt down vintage figures and also their weapons. But as any child will know, the first things that gets lost from any toy are the small accessories, and with Star Wars toys that means the small guns that came with each figure.

As more people got into collecting the price of these small weapons went up and up, and now you often pay more for a figure’s weapon than for the figure itself. There are some rare examples of figures, like the early double telescoping lightsabers that came with Darth Vader, Luke Skywalker, and Obi wan Kenobi that can make a figure worth many hundreds of pounds.

So it wasn’t long before reproduction versions of these weapons started to appear on the collectors’ market. 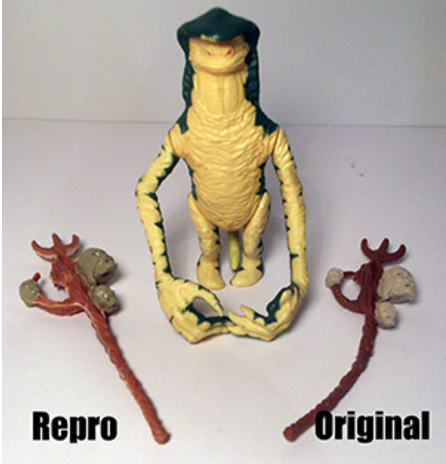 In the early days they were pretty easy to spot as the moulds weren’t very accurate or the colors were off. But, over the years they have got better and better, to the point now that they are very hard to spot. Many collectors don’t like this.

This is mainly down to unscrupulous sellers selling figures as complete with original weapons, while actually selling a figure with a reproduction weapon. There is now an active group of collectors trying to stop reproductions being made and destroying any they find.

But you can look at them from another angle, and that is for collectors that don’t have a huge budget but want to display figures with weapons, reproductions are a cheap way of achieving this. 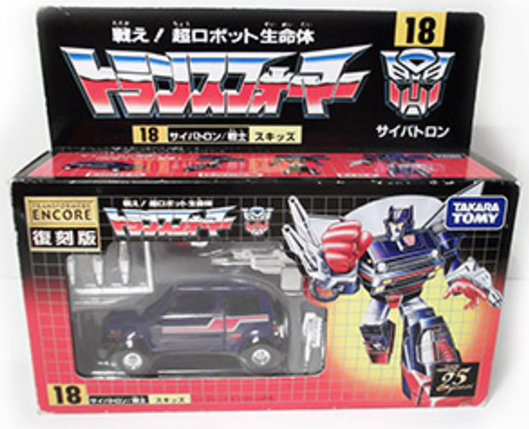 It’s not just Star Wars figures that have reproduction parts made for them, you can get parts for Masters or the Universe, Action Man, G.I.Joe and Transformers to name just a few.

With the Transformers line from Hasbro there are plenty of near perfect reproduction weapons, parts, and stickers available. But Transformers collectors generally don’t seem to get so worked up about them. Maybe this is because Takara/Hasbro have reproduced many of the original generation one Transformers in their encore line. These are still reproductions, just officially produced.

I’ll leave it up to the reader to decide if they are for or against reproduction weapons and stickers. In my own collection I don’t see them as a problem. As a kid, lots of my toys were second hand so I often never had the correct weapon with them in the first place. And I am also not willing to spend a large amount of money on a tiny piece of plastic to complete my collection. I’m sure there are many out there that will feel very strongly that I am in the wrong. But not every collector is out to collect the perfect most original figures, some are collecting just for the enjoyment of it and to be able to display their collection nicely. 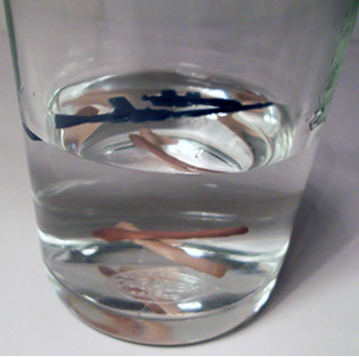 If you are worried that weapons in your collection are reproductions then there are guides online that talk you through how to identify them. Some will be easy to spot, but some take a keen eye to see the differences.

But also don’t forget you can still be lucky and find original Star Wars weapons in some very odd places. I picked up a Rancor monster from a second hand shop and while giving it a good clean, out popped a Stormtrooper blaster. My lucky day.

How to spot reproduction weapons & some top tips