A Guest Blog Post by Tracy Martin, this article was originally written for Rareburg which last year joined forces with hobbyDB.

I’ve recently discovered a newfound respect for collectors and specialists of British Diecast cars. I admit, up until four weeks ago I knew nothing about these vintage boys toys. To me they were just cars in boxes that came in different colors, had wheels and resembled in smaller scale real life motor vehicles. How wrong could I be, as this complex and quite technical collecting area is an absolute minefield! So here is my diecast car collecting tips.

After landing a very rare collection of Lesney Matchbox cars to value and catalogue in my role as an auction valuer, I had to quickly learn that I couldn’t just put a load of general job lots together, add the pre-sale estimate without research and pray they would find the right level at auction. Every single car needed to be checked for the slightest variation. Calling in help from esteemed experts at Vectis Auctioneers, avid collectors, reference books and the internet I began to learn as much as I could, in a very short period of time so I could confidently put my specialist sale together. 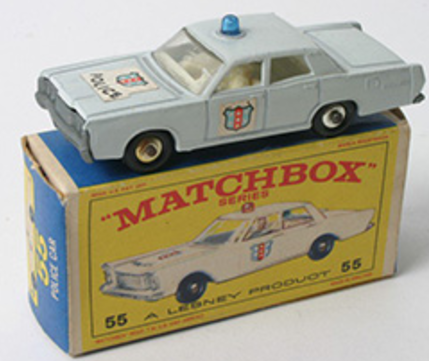 Initially there were the different ranges and models to learn, Lesney Products, the toy manufacturer, first launched the ‘Matchbox’ diecast car collection in 1953. The brainchild of Jack Odell, after his daughter was told she could only take a toy into school if it fitted inside a matchbox. Odell scaled down the model road roller, an existing Lesney toy, and packaged it into a matchbox. An instant hit. All the children wanted one and so the ‘Matchbox’ series was launched initially with three models; a cement mixer, Muir Hill Dump Truck and the Aveling Barford road roller. 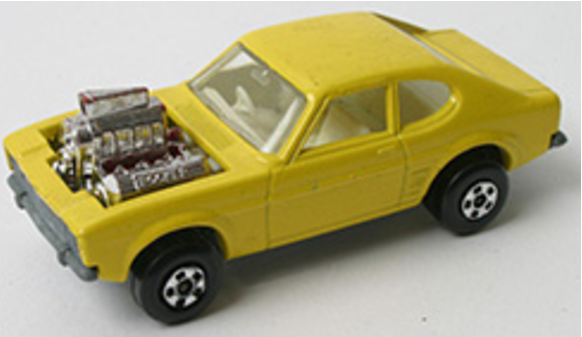 Following on each year, new models were added with some being replaced until there were 75 different cars in the series which became known as the 1-75 range. Although Lesney made the cars, ‘Moko’ were responsible for distributing them which is why on early boxes up until 1959 you will see the ‘Moko Lesney’ banner. 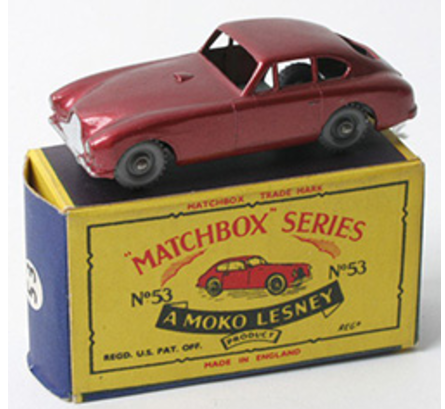 After this date, Lesney took over their distribution and the Moko name was removed. The boxes themselves are important to collectors and are known as different series with grading. For example, an early box is referred to as ‘Series A’ with the scripted Moko being displayed, then ‘B series’ shows Moko as capital letters with ‘C Series’ having Moko dropped altogether – this grading of boxes carries on alphabetically up to present day. 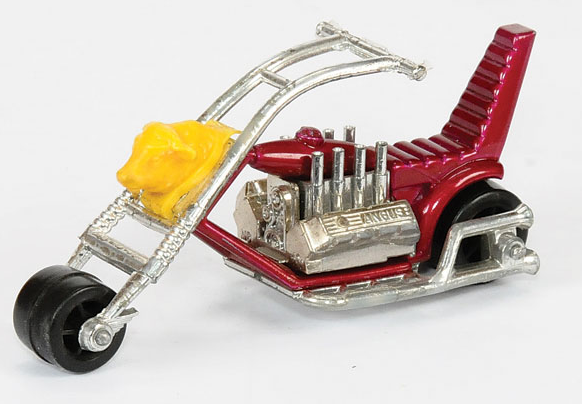 Now, if that wasn’t complicated enough, the end flaps of the box are all different too and so the boxes are split into sub categories for example ‘B1’, ‘B2’, ‘B3’ etc. So before I could even start looking at the cars themselves I had to get my head around the initial 1-75 range and the different types of boxes these miniature cars were housed in, as this makes a huge different to collectors and the price. 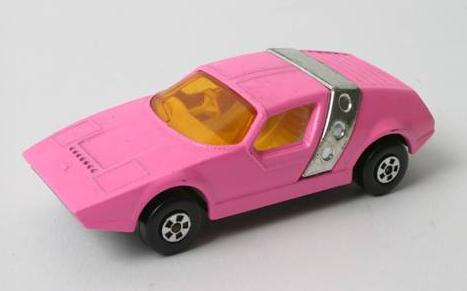 In 1969, the Superfast range of cars were introduced and this is where collectors can really find some exciting and rare pieces. Known as the transitional period when Matchbox moved from one model line to the next, they switched from the regular plastic wheels to Superfast speedy rolling cars and Rolamatics was added to the 1-75 series. Some cars were produced in different shades to indicate which range they were from, whilst other regular wheels were fitted with Superfast wheels which makes them more desirable. 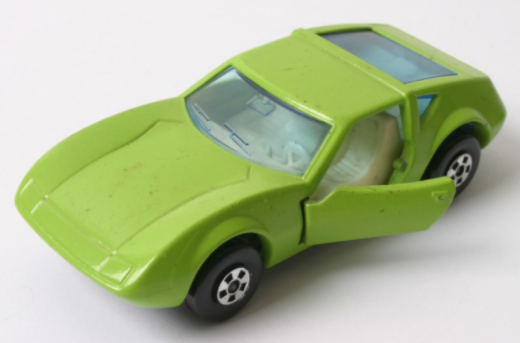 Oh yes, wheels – now there is a mind blower – there are literally loads of different wheel types from original hub to dot dash and five spoke to 5 arch and if that is not technical enough then there is the tread on the tire – yes I did count some of the bumps to make sure I was cataloguing the right wheel and tire type! If the wrong wheels were fitted onto a model then boom, the price of the car has gone up, not forgetting the hot foils (silver bits on the wheel) if a car is missing them – value is added.

I have briefly mentioned car shades, but this is one of the most relevant areas of Matchbox car collection, as there are so many cars out that that are either one-off never produced colors which are usually Pre-production or known as a color trial. Within the collection I had there were loads of these. For example, the No. 20 Lamborghini Marzal is extremely rare in metallic green as the standard was maroon. However there is also a pink version and a yellow. The green being the most valuable, worth in the region of $1,000-$1,200. I also found a No.16 Badger in Canary yellow and a bright red ‘Stoat’ (Rolamatics tank). In fact, I have found so many pre-production cars in rare colors as the owner of the collection had worked for Matchbox in the 1970s as a prototype model maker and thus there was an abundance of never seen before cars. 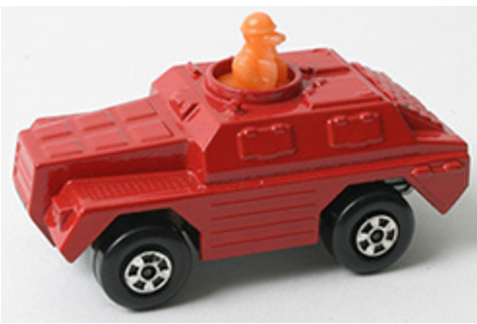 Other aspects of Matchbox cars I had to consider were the color of the windows, the interior and the base plate if there was the chance it was different to the standard model, again more sought after with collectors. The casting of the model also had to be examined as if there was any variation then this is something else collectors like to have, the base plate with incomplete year date or a factory error instantly creates interest such as the wrong model number or “Superfast” branding rather than the production issue “Rolamatics” and then there are the decals – if a vehicle has unusual decals then this is a collectors must-own.

Pre-sale estimate pricing was exceptionally difficult because how do you value something that hasn’t a precedent – never been on the open market for sale before. I know my estimates are what is known in the business as ‘come and buy me’ and probably most of the potential buyers think that I don’t have a clue what I have been cataloguing but that isn’t true. I know exactly what I have done – kept the estimates ridiculously low in order to entice potential buyers. 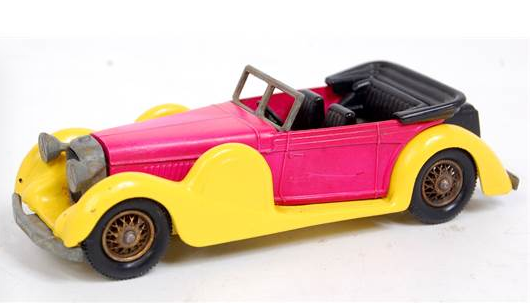 I am only too aware that my 30-40 estimates will be exceeded by at least a couple of hundred Dollars. I know there are going to be some real ‘sleepers’ when the price goes into the top end of the hundreds of pounds but honestly I have done this purposely because I was a novice when I first picked up this collection. The last thing I wanted to do was over estimate the price – so, as I was advised by a specialist “keep it low and watch it go” – that is exactly where my pricing mind was at. 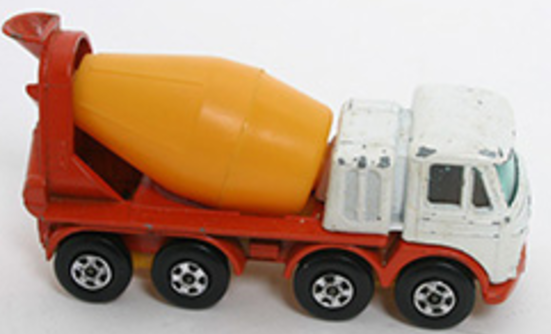 I had never realized how complex diecast collecting was and my hat goes off to those that have mastered the art. So how did I manage to catalogue nearly 200 lots in just two short weeks? Much painstaking research! Cross checking on websites to see if identical cars had sold before, getting an eye glass over every single car in the collection to find the tiniest variation and basically filling my brain with as much information as possible. Very little sleep was had but much excitement too when I discovered yet another rare and valuable Matchbox car. 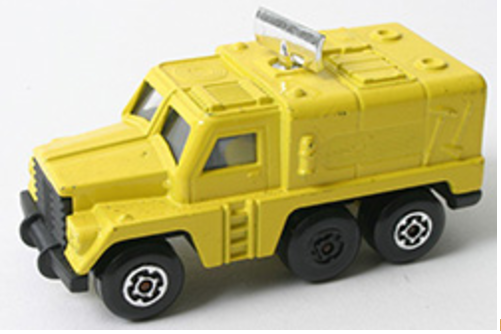 Even though I have worked my socks off, I do not confess to be an expert by any means as some collectors have been fascinated with diecast for over 30 years and still do not know it all. I am proud of the fact I have learnt so much in such a short period of time and certainly have a better understanding of what to look for along with a newfound interest in this fascinating area of vintage toy collecting. 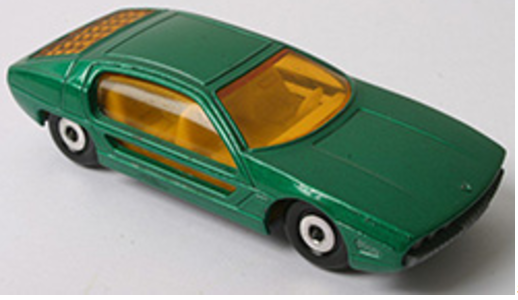 Such simple toy cars with much history and so much appeal have captured my heart as well as my mind and I now hope they will each find their way into the hands of collectors that will share the same love that I have discovered for these retro vintage boys toys.

Some of my favorite Lots

Well done, Christine – you understand the die cast collecting market like never before!