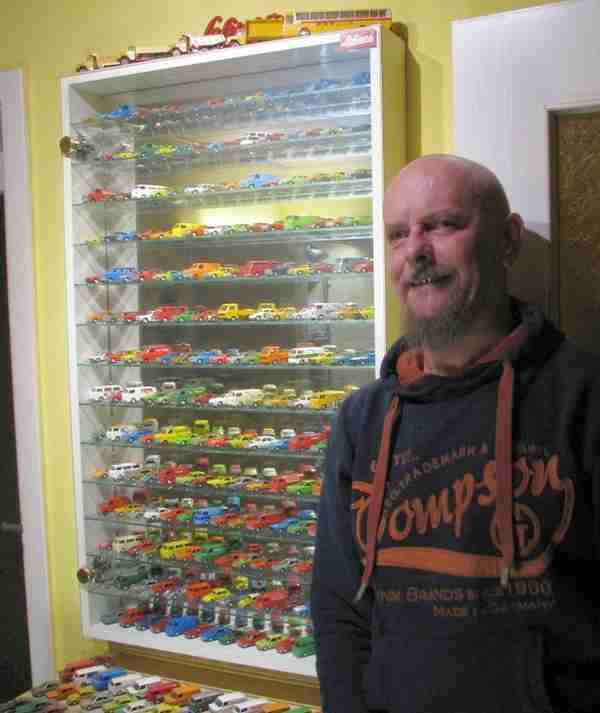 If you’ve ever thought of a collectible as “very hard to find,” then consider the story of Thomas Würk, one of hobbyDB’s new Curators. He has an amazing collection of 1/66 scale Schuco Super Schnell cars and other related brands… but getting his hands on them has never been easy.

“I started collecting these models over 40 years ago with a break of nearly 20 years,” he said. “In my childhood I collected only eleven of them, because it was very difficult in Eastern-Germany.” Yes, Thomas lived on the other side of the Berlin Wall, where anything from Western Europe, including toy cars, was nearly impossible to obtain. “At this time I had no contact behind the border. I got Matchbox models from my grandma, who had relatives in West Germany. I swapped some of those against Schucos with friends in my town. So every model was hard to get.” 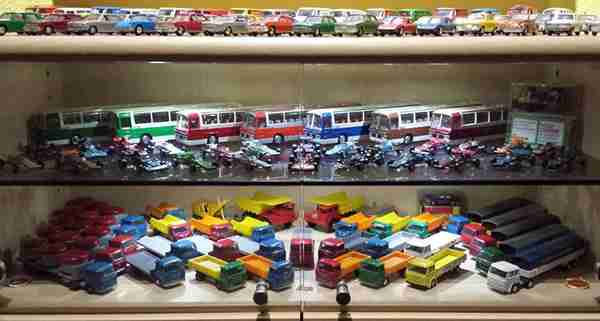 By the time Germany was unified, and the borders opened up, he had moved onto other interests and responsibilities in life. He eventually started collecting them again in 2004, which presented a different challenge: The Schuco Super Schnell cars were no longer in production. “It was much easier to get some items, but now the condition became a problem. Most of the toy cars are much play-worn… high mileage in the sandbox, so much lost paint and scratches everywhere.” 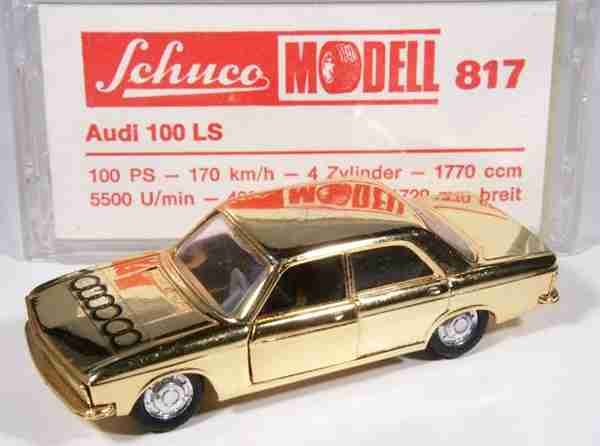 This real gold-plated Audi 100 LS is one of the absolute rarest Super Schnell cars. 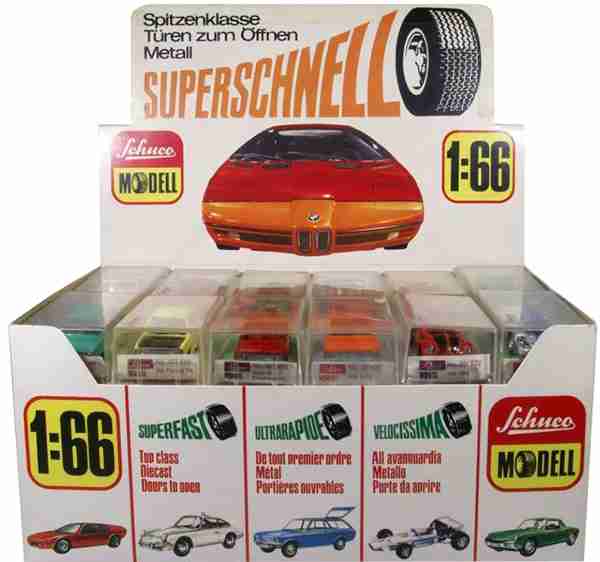 Thomas also gave himself a new challenge, collecting factory prototypes. “I have some wooden models for made the molds and of course, only one exists of each. The real gold-plated Audi 100 is very rare. Some other promotional-models are also very hard to get.” Schuco did some interesting deals such as using Norev models in the range or selling castings to Brazil, therefore those also get collected (find the Norev Mini Jets and Miniaturas REI here)!  Lastly there are of course also related store displays and merchandising products. He sticks to 1:66 scale cars for space and cost reasons. That small size allows him to have about 500 of them on display in his home in Chemnitz (Saxony) in Germany.

To see more of his collection, you can visit his website (he included an English translation button if you need it!) and of course, browse the database on hobbyDB. When we approached him first, he loved the idea of preserving these items for everyone to enjoy and immediately agreed to become the Curator for Super Schnell.  Even since he’s been uploading his collection at a furious rate (in German they would say Super Schnell…), with more vehicles added daily. 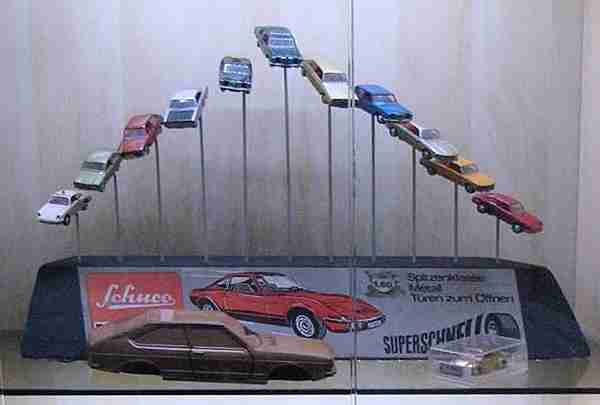 Thomas, great to have you on board!

I have a few 1/43 Schuco but have never seen their 1/66.  A fascinating story and collection!

Thank you very much. I also have 2 or 3 (old) 1/43er Schuco’s, but I concentrate me on the smaller scale because of a “place problem”. But there was not so much versions. Of course very nice models and also some brazilian “REI”-versions are existing.

Thank you for your reply, Thomas.  I collect the Marklin RAK and have them all posted at https://www.hobbydb.com/subjects/rak-series . I wonder if I am missing any? Do you know any experts on these 1/43?  I have  a few other questions about them.

I didn’t know a expert of Märklin, but maybe Ulrich Schweizer or Peter Brunner (from Advisory Board) can know somebody. I will also open my eyes in future and if I would hear something about, I will let you know too. So long