A Guest Blog Post by Christopher C. Wuensch
Christopher C. Wuensch’s childhood trading card collection didn’t meet the same fate as that of his father’s, which now reside as mulch somewhere deep in a Staten Island landfill. Thanks, grandma. Instead, Wuensch’s cards can be found in his basement, where the hobbyDB trading card curator will occasionally venture to dig up and share relics from the past to better understand the history, trends and phenomena of the card collection industry.

I was only 11 at the time so my cursing wasn’t quite as sophisticated when it came to describing the one elusive player preventing me from completing the 1987 Topps baseball set.

The Atlanta Braves first baseman finally revealed himself in cardboard form when my childhood friend Ray pulled him from a wax pack — while rifling for a chalky stick of chewing gum — as we idled on the driveway of my New Jersey home during a humid summer day between fifth and sixth grade. 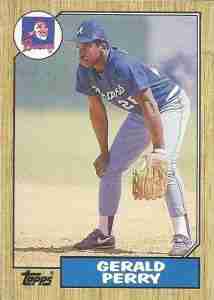 For Ray, Perry (1987 Topps No. 639, to be exact) was what we referred to as a “double.” Essentially, Ray already had Perry in his set, making the card somewhat disposable, deal-able or bike spoke-able to my friend from up the road. In near mint condition, the Perry card will fetch you about .30 cents today. Back in 1987, it was valued, probably, about twice that much.

But I’d have given Ray anything in the world for it. You want to trade a Canseco rookie? (Jose Canseco 1986 Donruss Rated Rookie No. 39) for Perry? What about a Mattingly rookie (Don Mattingly 1984 Topps No. 8) or McGwire Olympics’ card (Mark McGwire 1985 Topps No. 401)?

Name your price and I’ll pay it. I’ll mortgage anything to finally acquire that last piece and complete my first 792-card set. 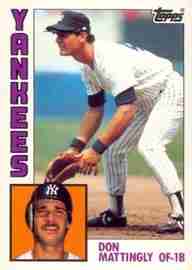 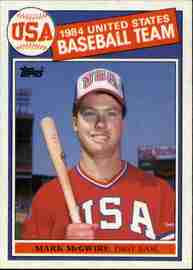 All fan-boy tendencies aside, 1987 Topps goes deeper than that of an 11-year old falling in love with card collecting around the same time the industry witnessed a resounding resurgence.

As we turn our calendars over to begin 2017, let’s first look back at a year that will mark the 30th anniversary of the 1987 Topps set and its cultural impact.

The ’87 Topps collection isn’t the most coveted sets of the wax pack era of the 80s. That’s not because of it being bereft of Gerald Perry’s, rather to its lack of rookie cards — the lifeblood of any collection worth more than the cardboard it’s printed on. These days, a 1987 Topps factory set values at about $40, but can be ballparked around $15 on eBay.

That said, the wood-grained background owned by the ’87 collection is about as iconic as it comes in terms of trading card aesthetics. The set’s indelible style harkens back to the industry’s golden days of the 1962 Topps or 1955 Bowman sets when Mickey Mantle’s, Willie Mays’ and Hank Aaron’s dominated the industry. As cards quickly evolved, utilizing flashy designs and gimmicks such as holograms, the 87 Topps remained a soothing sight for busy eyes.

The set has also taken on a historical connotation as the years morphed into decades. The ’87 set has basically become the first standard 792-card collection featuring some of the most notorious players of baseball’s steroid era. 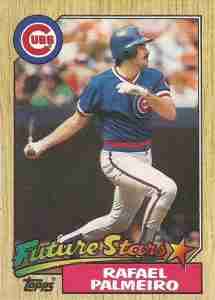 Other PED perpetrators — Sammy Sosa, Juan Gonzalez and Manny Ramirez — would make their debuts in subsequent sets. But the ’87 Topps begins the era’s prevalence in trading cards.

Think of the set as the “before” in a “before-and-after” version of Bonds and McGwire, whose performance-enhanced frames bloated from toothpick-sized to that of cartoonish bodybuilders over the course of the next decade. 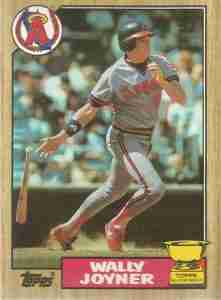 Whether the Baseball Hall of Fame in Cooperstown, N.Y., eventually festoons a molten-bronze plaque of Bonds, McGwire or Palmeiro on its hallowed walls, the value of the 1987 Topps set won’t vary very much.

Its true value lies in in the hearts of every 11-year boy who eschewed the pop culture phenomena of the late 80s such as New Kids On The Block, snap bracelets or Nintendo for an obsession with baseball cards. OK, maybe not Nintendo, so much.

As for Ray? Ray’s a great guy. He just handed the Gerald Perry card to me, no questions or barter asked. I owe him a stick of chalky gum.