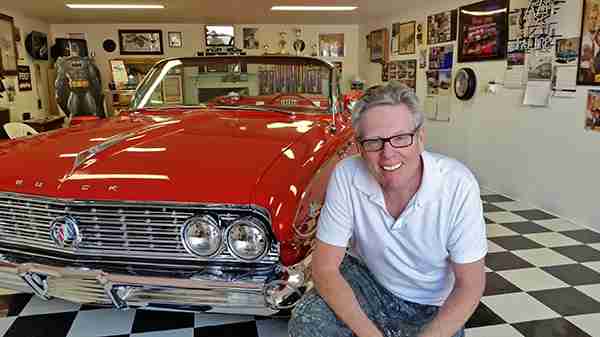 hobbyDB welcomes Michael Knab to our Advisory Council to share his generous knowledge of the diecast car industry with our community. He is best known as one of the developers of the online community of collectors through the Diecast Zone. Michael also created Legacy Motors, which became a leading online retailer for scale model cars, trucks, motorcycles and military vehicles.

Michael, who lives in San Diego, also founded his own advertising agency in 1980, which grew to serve a broad range of notable companies, like Revell Monogram. Among his favorite diecast of all time, he suggests the 1:20 Creative Masters line from Revell. “My agency launched that line,” he said. “To pick one, the GT-40 that won Le Mans in 1969 was especially gorgeous. Livery was iconic and garish, really radiated specialness within a collection!”

As far as real cars go, if money were no object, he would love to own a Bentley Mulsanne Speed. As for actual ownership, he said, “I think the first generation of Oldsmobile Toronado and the Buick Rivieras from the 60s on are incredible. I’ve owned several Rivieras.”

His first car was was the white MGB, also a respectably cool ride. “I purchased it in 1973. I got to drive it and park it on Knob Hill and Russian Hill in San Francisco,” Michael reminisced. “To get a feel for the inclines on these two hills, re-watch ‘Bullitt.’ Parallel parking in an MGB on a 60 degree incline is… special.”

Aside from that history, he does not consider himself much of a collector. “I’m primarily a dealer and blogger and commentator. My company owns and manages a website, Automotive-Art.com – which I launched in May of 2016. I love my work.”

So with all that pedigree, he has a lot to offer. “I hope to be of value through my experience in developing online communities of collectors and resources that deepen participation,” he said. “I’ve spent almost 20 years respecting and understanding the passions of collectors. I think I can help the Advisory Council in a strategic manner as well: to anticipate future trends in collecting, given changing demographics and technology”

“My objective in joining the Advisory Council is to prove a valuable asset to hobbyDB. My motivation: there was a Ted speech in the last year or so where a guru spoke of defining and measuring yourself as how you share yourself to inspire others.” We’re glad to have him share those values with us.