Introduced to replace the 275 GTB/4, the Ferrari 365 GTB/4, two-seat grand tourer was, like so many new Ferrari models of the period, revealed to a surprised public at the 1968 Paris Auto Salon. The sleek and stylish Pininfarina designed front-engined car featured a heavily revised version of the Colombo-designed V12 power-unit fromthe 275 GTB/4model, bored out to 4.4-litres (4,390cc), and was the only production Ferrari at that time use a high-performance dry-sump lubrication system on its engine. Although a Pininfarina design, as with many previous Ferrari road cars styled by Leonardo Fioravanti, the new 365 GTB/4 was radically different to the model it replaced.Many people felt that its sharp-edged styling resembled a Lamborghini rather than a traditional Pininfarina Ferrari.

The Ferrari 365 GTB/4, is more commonly know to most people as the Ferrari Daytona. This unofficial name is reported to have been applied by the media rather than Ferrari themselves, and was reputedly named to commemorate a Ferrari 1-2-3 finish in the February 1967 24-Hours of Daytona. The unofficial name was quickly adopted by everyone and continues to be widely used today, however, to this day, Ferrari itself only rarely refers to the 365 GTB/4 as the “Daytona”. 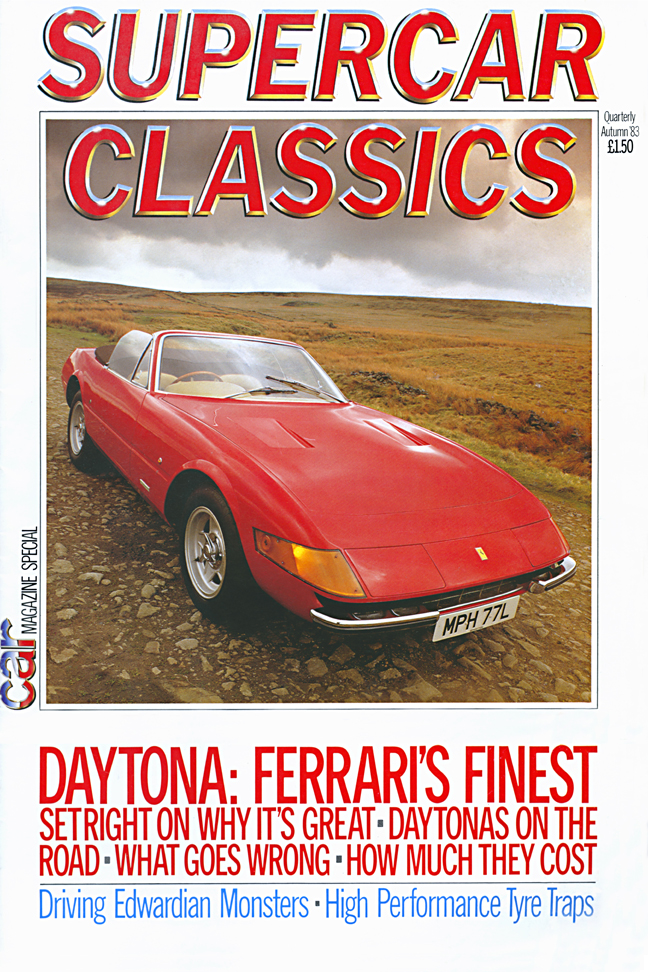 Unlike Lamborghini’s then-new, mid-engined Miura, the Daytona was a traditional front-engined, rear-wheel drive car. The engine, known as the Tipo 251 was a two-vales per cylinder, Double-Over-Head-Cam (DOHC) V12 with a 60° bank angle, 365cc per cylinder, a 3.2-inch bore diameter and 2.8-inch stroke, featuring six Weber 40DCN20 twin-choke down-draught carburettors (40mm Solex twin-choke carburettors were used on some versions). With a compression ratio of 9.3:1, the Tipo 251 unit produced 352bhp and the car could reach a top speed of 174mph, and accelerate from zero to 60mph in just 5.4 seconds. For the American version, slight modifications were made – the compression ratio was reduced to 8.8:1 and the exhaust system was equipped with a large central silencer, necessitating visible alterations to the primary pipes. Early Daytonas featured fixed headlights behind an acrylic glass cover, but in 1971 a new U.S. safety regulation banning headlights behind covers resulted in the adoption of retractable, pop-up twin headlights.

The five-speed manual transmission transaxle was mounted in the rear for optimal weight distribution, and a race-derived four-wheel independent suspension featured wishbones and coil springs. The excellent weight distribution provided by the rear gearbox transaxle produced a front-engined car of rare balance. The generally accepted total number of Daytonas built is 1,406. This figure includes 122 factory-made spyders and 15 competition cars. All bodies except the very first Pininfarina prototype were produced by Italian coachbuilder Scaglietti. The first racing version of the 365GTB/4 appeared in 1969 when a prototype aluminium bodied car was built and entered in the Le Mans 24-hour race. The subsequent fifteen official racecarswere built in three batches of five in 1970-1, 1972 and 1973. Each featured a lightweight body (by as much as 400lbs) that used aluminium and fibreglass panels, along with plexiglas windows. In the first batch of competition cars the engine was unchanged from the road car, but the five 1972 cars had revised powerunits with around 400bhp. By 1973, the last five ‘race’ cars built had a little over 450bhp. The cars were raced by a range of private entrants and enjoyed particular success in the 24 Hours of Le Mans, including a 5th overall in 1971, followed by GT class wins in 1972, 1973 and 1974. The final major success for the Daytona was in 1979 (five years after production had ended), when a 1973 car achieved a class victory and and incredible second overall in the 24 Hours of Daytona. 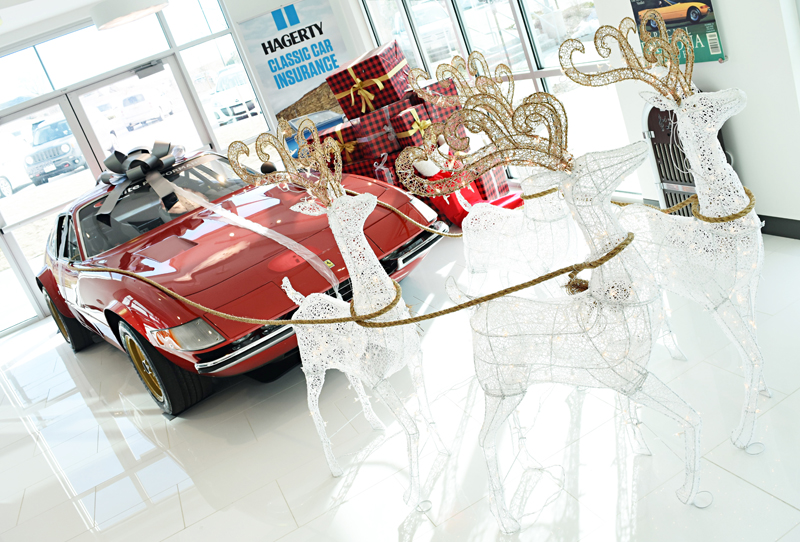