Collecting Star Wars is cheaper than you think

A Guest Blog Post by Dave Moss
This article was originally written for Rareburg, who in December,  joined forces with hobbyDB to provide an excellent source of collectible knowhow for the community.

When I chat to people who don’t collect vintage Star Wars toys they all tend to think that it must be an expensive hobby as they have seen news reports about a rare Star Wars toy that just sold for thousands of pounds. And I think this puts many people off from getting started collecting. A recent example of this was when a very rare carded Boba Fett figure sold for $18,000 at auction.

But this is really not the case, yes there are some items that sell for thousands, but there is much more to collecting Star Wars than high price rare items. 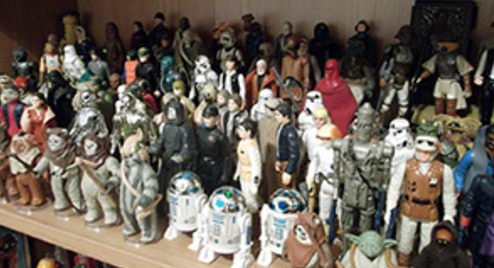 My first ever post-childhood purchase of a Star Wars figure was a vintage loose Biker Scout, total cost 5p! OK, this was a few years back, but it’s still possible to find nice items for cheap prices. Online auction sites have made them harder to find, but that doesn’t mean they aren’t out there, and for me the hunt is part of the fun of collecting.

If you want to get started collecting vintage Star Wars toys then I would suggest you start with loose figures and ships. These you can pick up in many places, online, toy fairs, car-boot sales, second hand shops, charity shops, and flea markets. 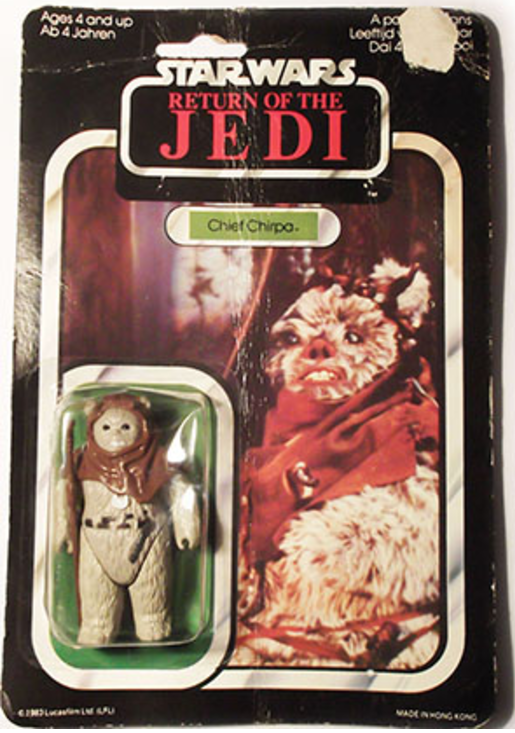 Prices for loose figures and ships tends to be a lot lower so you can start by only spending a few pounds or less on each figure. This will enable you to get a feel for the condition of the figures and what they should look like.

Figures at the low price range of the market will more than likely be well played with and missing weapons, but you can still find some really nice items and even the odd rare item.

There are plenty of online resources that you can browse through to find out what accessories each figures should come with, or whether there are variations you should look out for. And once you feel more confident you can start spending a bit more and getting some nicer condition figures. 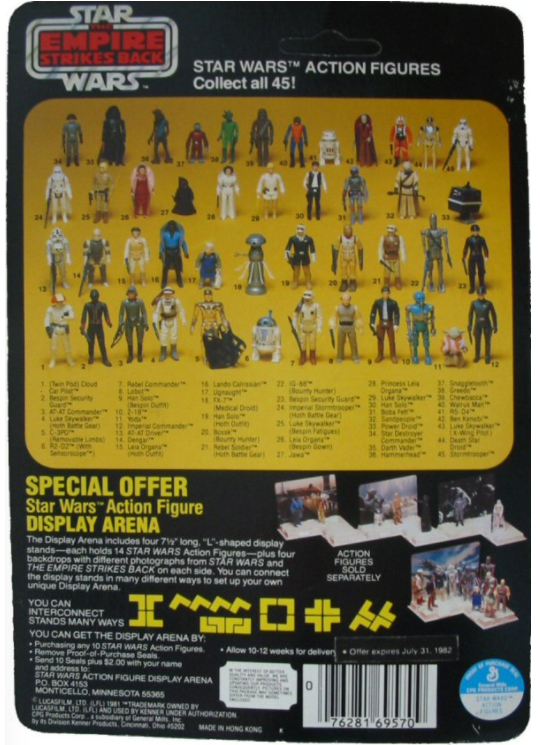 Hopefully by this point you will have caught the bug and want to start collecting carded figures. There are many ways to collect carded figures, some people like to go for the most pristine untouched cards that never even saw the shop floor. While others are happy to have cards that have some wear and tear to them.

Most figures were released on multiple styles of cardback. The rarest being the original ‘Star Wars’ (SW) cards, next are ‘Empire Strikes Back‘ (ESB), and the easiest to find are ‘Return of the Jedi‘ (ROTJ) or ‘Tri-logo’ cards. Tri-logo refers to late release figures where the cardbacks had the Star Wars logo in three different languages on the front of the card.

Again I would suggest starting at the bottom end of the market and pick up cards that are referred to as ‘beaters’. These are figures where the cardback maybe creased or torn, or the bubble (or blister) that the figure sits in is cracked, crushed or yellowed with age. These cards still have lots of charm and character to them, and cost a fraction of the price of mint carded figures. You can expect to pay under $20 for figures on ROTJ cards. As an example I recently picked up a ROTJ Ewok Chief Chirpa on a pretty nice card for £9 from a flea market.

As well as action figures and ships there are many other Star Wars items that you can look into collecting. Other favorites include Topps trading cards, Marvel comics, pencil toppers, erasers, or badges. Once you get started collecting vintage Star Wars you will soon find out how much merchandise has been produced over the years. There really is something for everyone.

So don’t be put off thinking vintage Star Wars toy collecting is all about high price items. Collecting Star Wars is cheaper than you think and there is something for every kind of budget.