Why is THAT one worth so much? Odd Reasons for Rare Collectibles

After some time in a hobby, collectors get a sense of the value of certain items. Some collectibles are intentionally made rare as limited editions, of course, which drives up the cost for obvious reason. In some cases, only a few of a particular item were ever made before the company made a change or cancelled production, such as the original Hot Wheels Beach Bomb. And there are occasionally errors, but those are usually single events such as one car missing a tampo or placed on the blister card incorrectly. In that case, it’s more of an oddity than a variant.

But every now and then, some variant goes off the charts in value for unforeseen or fluky reasons. Here are some rare collectibles and the stories behind them… 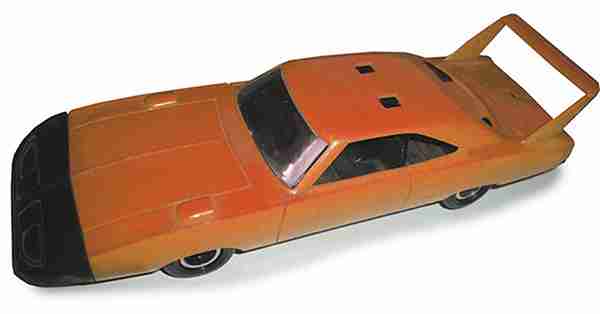 Kenner SSP Super Stocker (orange): The Super Sonic Power cars were all the rage in the early 1970s, with about 65 different models produced throughout the decade. For 1971, Kenner added several new designs, including a Plymouth Roadrunner Superbird. While several SSP models were in production for multiple years, the Super Stocker was only made for one year. The most likely reason for the short run was that the rear spoiler on the car was very fragile for a toy designed to be raced and crashed. As a result, cars with wings that aren’t bent or broken are rare today in any color. Also, in recent years, this particular model has been sought after not only by SSP collectors, but by MOPAR fans as well, further driving up their cost. Many other SSP cars sell for under $20 in good condition, but a nice, unbroken Super Stocker will set you back at least $100.

Here’s where it gets strange. This model came molded in six different colors: The most common hues are purple and lime green. Red, magenta, or light blue copies seem to be a bit rarer and might sell for $125-$175 (prices for the blue version are skewed a bit higher in part because the color is similar to the shade Richard Petty used on his NASCAR Superbird.) And then there’s orange… for some reason, this color is exceedingly rare on this model. I’ve only seen an orange Super Stocker on eBay three times in the last 15 years, selling in the $500 range.

So what’s the story? One theory is that Kenner rolled out certain models in a few colors first and then added the other colors in later runs… So it seems orange may have been the last color for this particular model, right about the time they decided to stop producing it altogether. 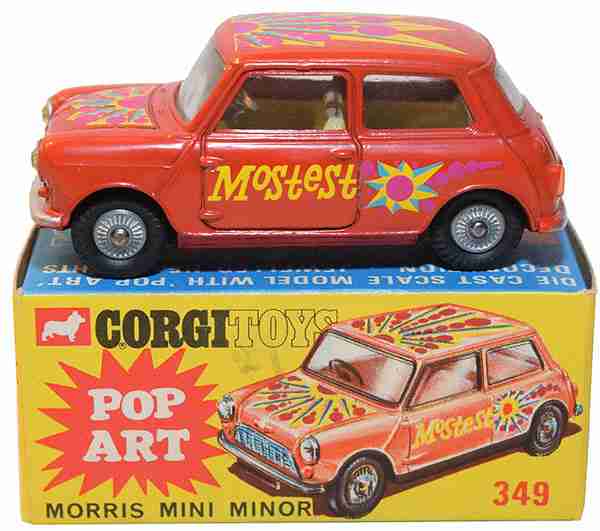 Corgi Pop-Art Mini: There are few toys more quintessentially British than a Corgi Mini. The company made many versions of the car over the years and produced quite a few of them. In good shape with a decent box, you shouldn’t expect to pay more than $100 for any of them.

But when you see the Corgi Pop-Art Morris Mini Minor, sellers are usually asking at least $500 for starters. Why’s that? First, this particular version appears to have only available for about 6 months in 1967 and only by mail for members of the Corgi Club. So if you didn’t send off for it, tough luck. Secondly, it’s actually a unique casting from all the other Corgi Mini models with its jeweled headlights and an extra mold line on the front fender. This exact mold was never used again, as Corgi soon introduced a new casting with opening features to replace it. Even badly restored models sell for decent money because of the unique body. All of which makes it one of the “mostest” rare models by Corgi. 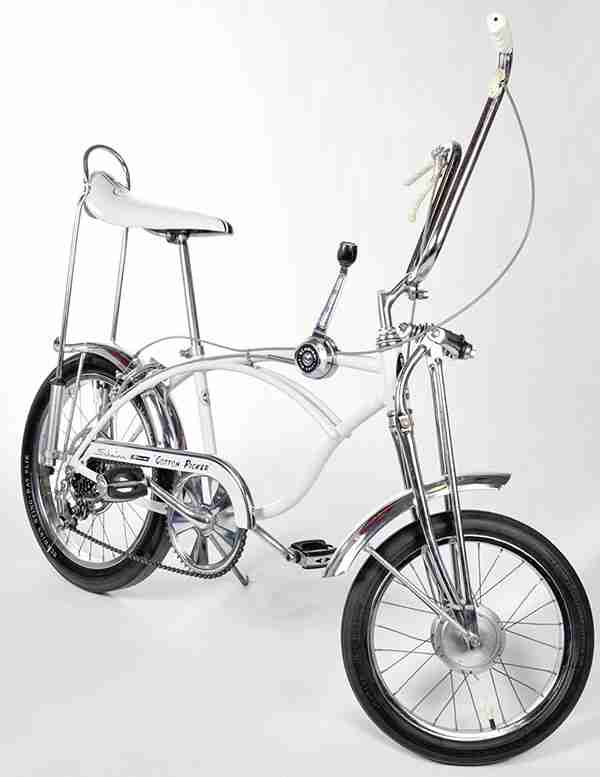 Schwinn Sting-Ray Cotton Picker: In the 1960s, Schwinn set off a major craze by combining a miniature cruiser bike frame with wild hi-rise handle bars and a banana seat to create their Sting-Ray bikes. With hot rod looks and perfect gear ratios for excellent performance (if you had a single speed version, that one speed was “fast!”), these bikes were a major hit. By the end of the decade, they offered a deluxe version with a springer fork up front and spring mounted rear posts… in effect the first mass-produced full suspension bike. The tip-top version also had a 5-speed stick shift mounted on the top tube (which was later banned for safety reasons).

So it’s easy to see why perfect examples of these top-end Sting-Rays might sell for upwards of $1000 these days… at least the more common colors like the Orange Krate and Apple Krate. But the Cotton Picker? Now that’s a whole ‘nother story. This version was all white (frame, seat, hand grips), which wasn’t as popular as the other vivid hues available. But the reason for the relatively low production numbers was that in hindsight the name “Cotton Picker” was seen as racially insensitive, and the company backed away from it quickly.

If you want to pick up one of these, you’re looking at more like 2,500 bucks for a really nice one.

Hot Wheels Cadbury Egg Range Rover: In the early 1990s, Hot Wheels offered a new casting for a contemporary Range Rover. Sure, it’s a neat model, but nothing eye popping. The Rover has been released in numerous paint schemes over the years, and most of them aren’t exceedingly valuable, available for under $15.

Except for the Cadbury candy versions, which might sell for over $1,500 if you can find one. This particular model came in purple with side graphics or yellow with tampos on the hood. They were designed for a promotion in the Middle East. So they weren’t available in Europe or North America… but that’s not why they’re rare. Legend has it the ship carrying them from the factory was sunk during the start of the Gulf War. There are only about ten of each color known to exist, believed to be pre-production models obtained by a Mattel employee. 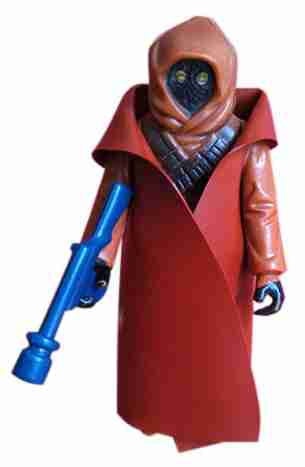 Star Wars Jawa Action Figure (with vinyl cape): Hard to believe, but in 1977, very few people expected George Lucas’ new space movie to be a big hit. In fact, he skipped the premiere and hung out on a beach with his friend Steven Spielberg, working on a screenplay that would become “Raiders of the Lost Ark.”

So nobody saw much reason to start producing action figures in advance like they do today. Heck, the term “action figure” wasn’t even in use yet. So when Kenner finally did come out with a line of small Star Wars characters, there was no thought about limited editions, and kids didn’t really see the point of keeping them in the package.

One of the last of the original figures was the Jawa, a caped desert scavenger, released in 1978. It wore a brown vinyl cape that was kind of stiff, and not fun to play with. So Kenner very quickly modified the design to a better looking and softer cloth cape and moved on. The extremely short run for the less-playful, not-as-good-looking, vinyl-caped figure makes it rare today. A loose figure is of questionable value, however, because modifying an Obi Wan Kenobi cape to fit is fairly easy. So you have to get one sealed in the package, which is quite rare indeed. That’ll set you back about three grand or so.

So I still have the Jawa figure at my mom’s house, along with every other figure from that first Star Wars film. Of course, none of them are in the packages that they came in. I’ll have to see when I go there this summer if it still has the cape (it did have the vinyl cape, that I remember for sure).

The real killer is that my cousin had a 5-speed Cotton Picker Sting-Ray when we were kids. I had the Orange Krate, and in our “gang” I think we covered all the colors. If only we knew to hold on to them.

I have one of the Cadbury Range Rovers