The ranks of diecast companies hosting their archives at hobbyDB keeps growing with the addition of Replicarz to the fold.

Replicarz should be a familiar name to diecast collectors, as they have been one of the premier online retailers for model vehicles for over 20 years. Over the last couple of years, however, they have jumped into producing their own exclusive models as well. 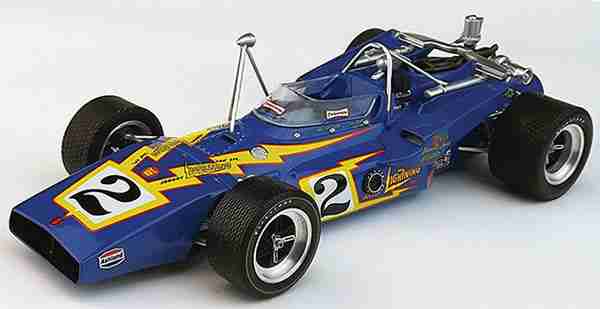 Their offerings span a wide range of famous race cars from Indy to Can Am to land speed record cars, produced in 1:43 and 1:18 scales. Bodies are cast in either resin or diecast metal depending on model, with hundreds of delicate detail parts. 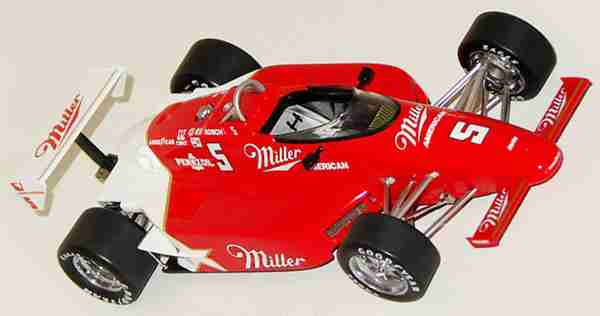 From Indy, you might recognize Al Unser’s Indy 500 winning 1971 PJ Colt, better known as the Johnny Lightning Special. Or maybe Danny Sullivan’s 1985 March Miller car better known as the “Spin & Win,” since he did an unintentional, complete 360 degree donut during the race and still drove to victory. And then there’s the Smokey Yunick Offset Roadster, truly one of the most bizarre designs to ever compete on any track ever. Just look at that thing! Each model is limited to 333 pieces in 1/43 scale, so they are almost as rare as the real cars.

The land speed cars include Mickey Thompson’s 1959 Challenger 1 with detailed interior visible through those tiny windows. The Can Am series honors the short-lived but amazing series with cars such as the 1974 Shadow DN4, one of the most iconic liveries in racing.

Replicarz also offers some diorama accessories such as the “Mr. STP” figure in his red blazer, extra wheel and tire sets with very specific applications, and a 1/18 display case with brick pavement for that extra touch of Indy.

Many of the designs are listed as “future releases,” so not only is our list complete, but it even predicts the future. One of the advantages of following Replicarz on hobbyDB is that you can add these cars to your Wishlist, and when they become available, you’ll be first to know.