The latest Official Archive on hobbyDB is as much about a diecast model  company as it is about a designer and customizer. Dave Chang has added KustomCity as well as his extensive history to our database, and we couldn’t be more excited! 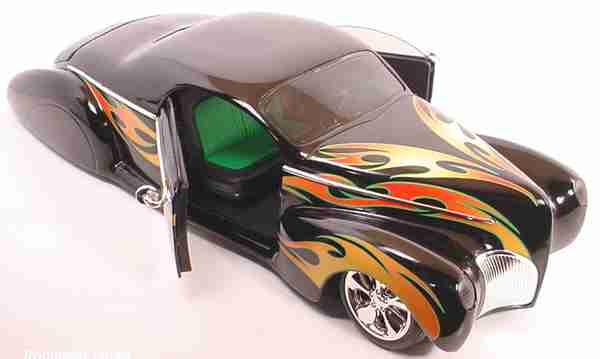 He’s worked for Hot Wheels and Muscle Machines over the years, creating wild graphics for a wide range of models. For Hot Wheels, he is best known for the Scrape Modified, a heavily customized 1939 Lincoln coupe, and smaller scale models like the the 2003 Redline Club Drag Bus. 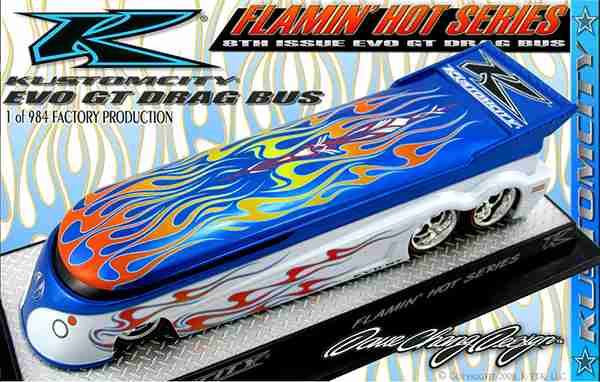 More recently, Dave is best known as the mastermind behind the KustomCity Evo Drag Bus series. If you aren’t familiar with these models, imagine if the Hot Wheels Drag bus were crossed with a streamlined steam locomotive. These 1/64 models were designed from the ground up, a totally original take on the modest Volkswagen Bus. The long, sleek, aggressively tapered body work suggests an fiercely fast vehicle designed to do one thing: Go very fast in a straight line. 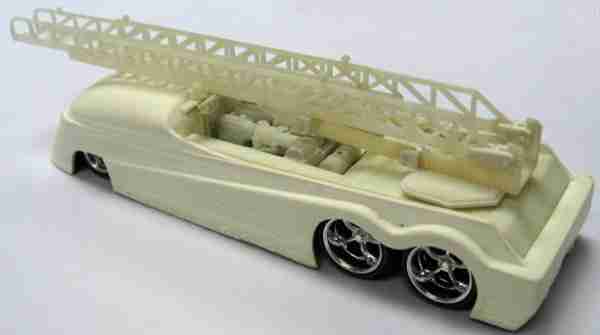 However, on closer inspection, the Evo Dragster is designed for more than that. Besides, the Bus variant, there is a pickup version that has been further tricked out for all kinds of uses. There’s a tow truck model, from the “Big Tow” series. And a fire engine (the “Firewagen”). Actually, there are several versions with built in cargo, such as motorcycles or surf boards (the “Surfwagen”). But who are we kidding here… these things are anything but utilitarian. 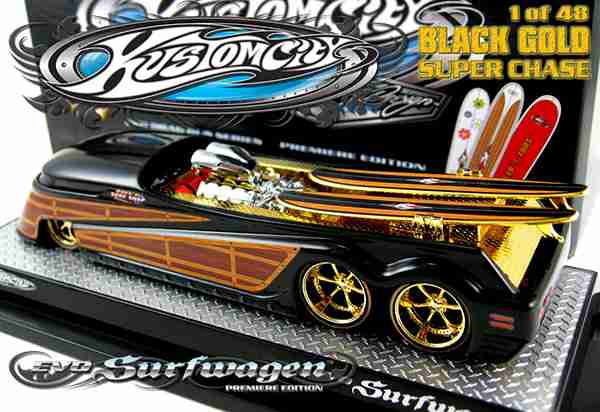 Dave has created an enormous number of different paint schemes including candy chrome hues (aptly named “Over-Chrome”), drab military schemes that defy the word “drab”, and wild murals of crazy graphics. Depsite the limited production numbers, there are even rarer “chase” versions. With their large areas of relatively flat surfaces, the Evo vehicles have been popular with other customizers as well. 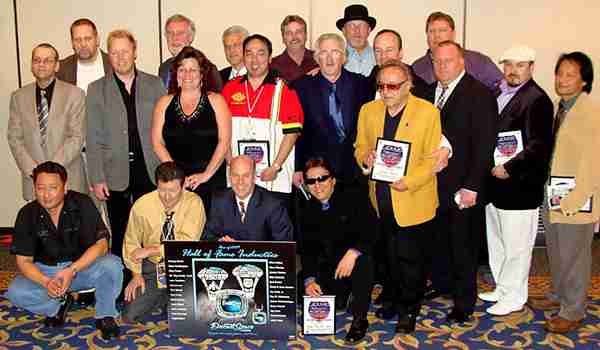 Dave Chang (lower left) and the rest of the original 2009 Diecast Hall of Fame class.

Dave is also a member of the inaugural class of honorees in the Diecast Hall of Fame from 2009, which should come as no surprise. In the almost decade since that honor he hasn’t slowed his roll one bit. 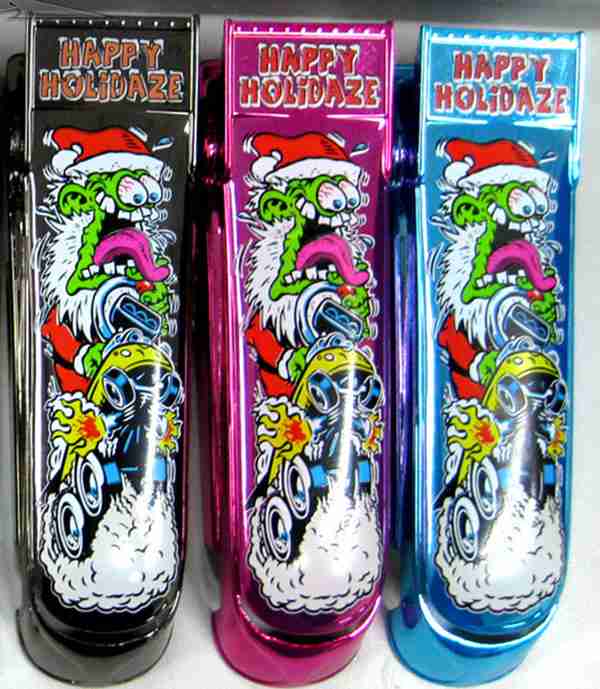