How to Grade Vintage Action Figures

A Guest Blog Post by Dave Moss
This article was originally written for Rareburg, who in 2016,  joined forces with hobbyDB to provide an excellent source of collectible knowhow for the community.

Grading of action figures was not something I had looked into until recently. I had certainly seen graded figures for sale and that they often commanded a higher price than ungraded figures, but didn’t really see why. 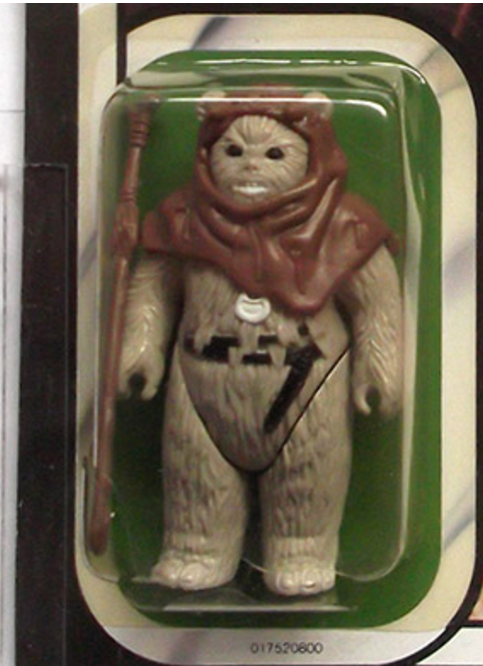 Say you have a lovely mint on card figure and you want it confirmed that it is indeed a fine example. How to grade vintage action figures is a fairly simple process. You can send it to one of a few ‘expert’ grading companies like AFG or UKG, who will inspect your figure and give it a grade out of 100. The lower the number the lower the quality of the item.

For carded figures they look at three main areas.

The quality of the card: is it creased, does it have edge wear, etc.

The blister: is the blister yellowed, is it cracked or crushed.

The figure: is the paint applied correctly, is it yellowed, are there any flaws in the molding.

Each of these is given a mark and that determines the final grade. 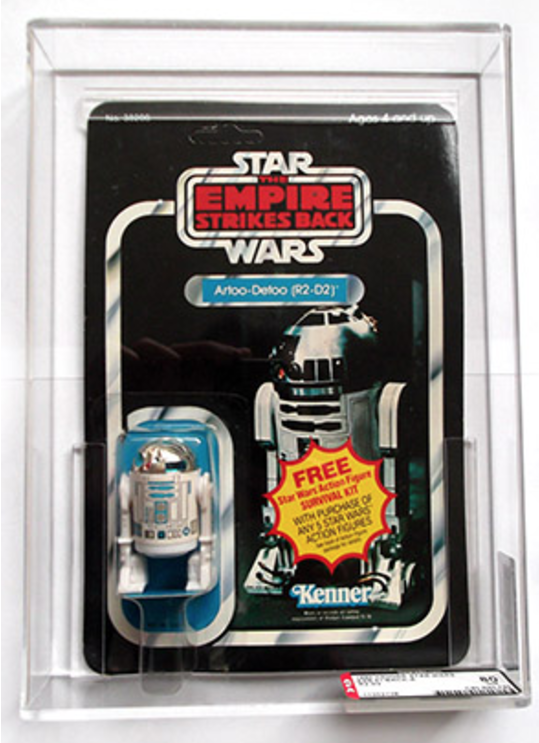 The figure is then encased in a plastic shell with the grade sealed inside. Many collectors go out of their way now to collect examples of figures that get the highest grade of 95. But very few items ever reach this high mark, and in recent years grading has become harsher and it is now almost impossible to get this mark.

But for me this grading seems very arbitrary. Different people and different companies give different grades for figures that are in the same condition. What one company sees as a 90, another will see it as an 80. And flaws are sometimes missed.

Also you have to remember that vintage toys were mass produced and were almost never perfect when they left the factory. Many have poorly applied paint, molding errors, and even paint rubs from being inside the blister.

There is also a practice known as U grading where a figure on a battered or damaged card is removed from its blister by the grading company and graded as a loose figure with the prefix ‘U’ meaning uncirculated. The figure is taken direct from a card, graded and sealed inside a plastic case. 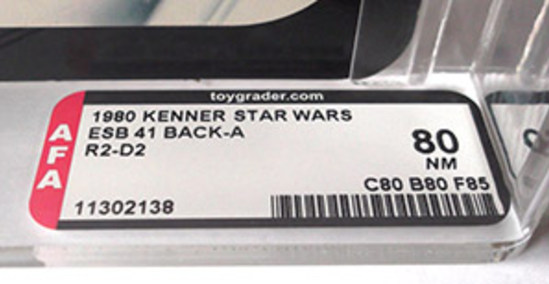 This annoys many collectors as by doing this they are reducing the amount of carded figures available to collect. And for many people who can’t afford mint carded examples of figures, damaged or beaten cards are a great way of starting a collection.

The only reason people get figures U graded is that collectors will pay more for a graded figure than one on a damaged card. Which seems crazy to me as I would much rather have the figure on a damaged card to display than a figure encased in a plastic box.

In recent months UKG have announced they will no longer be U grading vintage figures which is a great move on their part. But a lot of damage has already been done. There is currently a petition in progress to try and get AFA to stop this practice as well.

Once you have a figure graded and encased in its perspex case many think they are safe from future damage. But this is not always true. You still have to treat them carefully as things can and do get broken. I have seen examples of graded loose figures where limbs have snapped off after it was graded.

In my own collection I have a MOC (Mint on Card) Return of the Jedi Chief Chirpa that has been dropped at some point (not by me) and cracked straight through the bottom of his blister.

Things to look out for: