When you first discover Laudoracing-Models, you’re likely to assume the company is from Italy. After all, most of their models are based on Alfa Romeos, Fiats and other Italian marques, and even their name sounds Italian. Non, monsieur, they are a French company. Either way, we’re proud to announce that Laudoracing has set up a store on hobbyDB and has also added their complete, Official Archive to our database. Since the information comes straight from the source, you know it’ll be accurate and complete.

Laudoracing offers a wide range of resin cast 1:18 models, with beautiful finishes and incredibly detailed interiors. Quite a bit of the detail is hand painted, but with such accuracy that it’s hard to spot. On top of that, they then add crisply printed decals for things such as badges and gauges. One point of pride for the company is that they try to make cars that have never been offered in that scale. 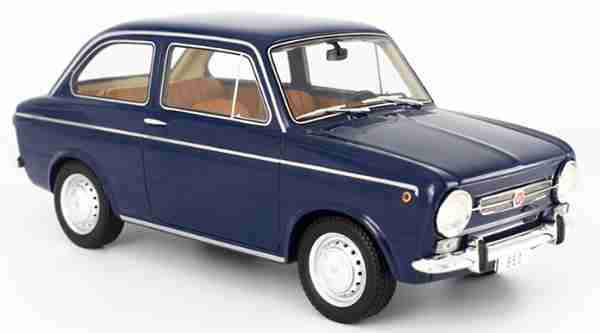 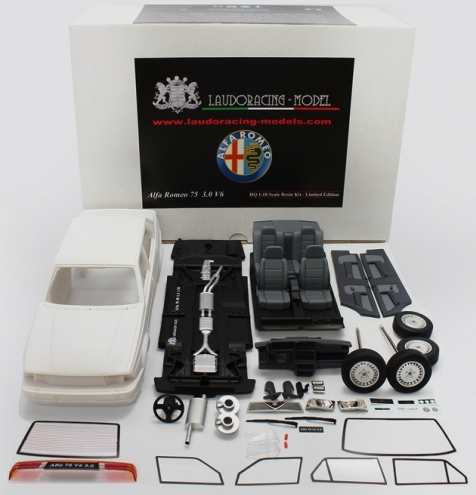 In some cases, it might be just a particular, rare version of a real car that is similar to, yet so much rarer or desirable than a more common car in the real world. Many of their models are available decked out for racing with additional equipment mods and special livery. Often you can even tell what specific race the car appeared in based on sponsor decals and other subtle clues. A few of the rally cars are even available spattered in mud like this Fiat Uno. Not everything they do is based on Italian marques, of course… Take this SEAT 850 Especial (although it’s basically a Fiat built for Spain.)

Laudoracing works closely with the original manufacturers, using their photos and original design drawings to generate 3-D computer renderings of the cars. From there, everything is painted and assembled by hand. Or, if you prefer, they also offer a series of resin kits in scales ranging from 1/24 to 1/18, such as this Alfa 75 model.

Some spare parts are available separately, such as weather stripping and window trim for certain cars, which is an incredible labor of love. There’s also a series of aftermarket wheel and tire sets that could be used to modify cars from other model companies. 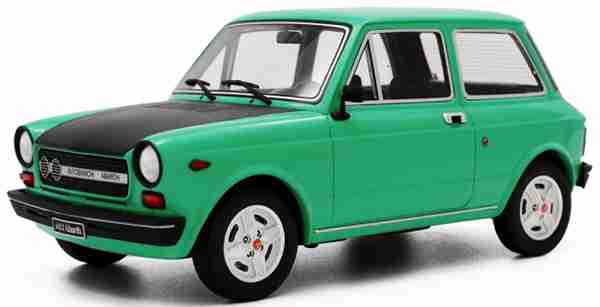 Production of their is very limited, usually no more than 500 pieces, sometimes as low as 50 copies. Considering the amount of hand assembly and detailing, it would be impossible to make more than that in some cases. Laudoracing likes to listen to customers for suggestions, and will even consider making a model of your own car if it fits their mix.